The brazen modus operandi Beijing has employed to thrust the draconian national security law on Hong Kong could turn the tide against China.

The draconian national security law China imposed last week on Hong Kong could prove President Xi Jinping’s most serious error of judgment. The wording of the law was kept secret till it was passed by Beijing with effect from midnight on June 30. Even Carrie Lam, Hong Kong’s CEO, widely seen as China’s appointee, said she was unaware of the exact provisions of the new security law till it came into force.

The law gives Beijing total control over Hong Kong’s affairs, violating the 1984 Sino-British Joint Declaration that provided for the return of colonial Hong Kong to China in 1997 but with the city retaining full democratic liberties till 2047 under the one nation, two systems arrangement. 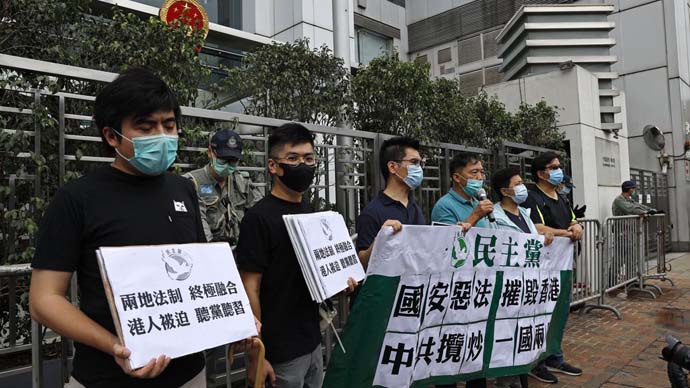 Under the new law, Hong Kongers accused of subversion or any criminal activity can be tried in a Chinese court under Chinese law. Given the record of the Chinese judiciary where those on trial often disappear without a trace, the law will end the limited democracy Hong Kong enjoyed. Under the provisions of the new law, “collusion with foreign forces” is now punishable with life imprisonment. The law defines “damaging public transport facilities” as “terrorism” which also carries a life sentence.

Beijing will decide how the new law is interpreted and which trials should be conducted in China rather than in Hong Kong’s hitherto independent judiciary. Many of these trials, the new law says, could be held in China behind closed doors. Ominously, the law will apply to non-permanent residents of Hong Kong and “people from outside Hong Kong”. That could bring foreigners within the purview of the new law, effectively killing Hong Kong as an international financial centre. The flight of people and capital from Hong Kong has already begun. Britain has pledged to give a quick pathway to British citizenship to around three million eligible Hong Kongers. Other countries are wooing Hong Kong firms with incentives to relocate.

Tightening the noose around Hong Kong could prove China’s most fatal miscalculation yet. It has created a coalition of like-minded democracies ranged against China. Beijing’s bullying of littoral states in the South China Sea, especially Vietnam and the Philippines, was till recently shrugged off by countries keen on lucrative investments from Beijing. Using coercive geo-economics, China silenced criticism.

A series of events over the past few months could, however, stall China’s swift ascent as a superpower poised to challenge US dominance globally. First, the Covid-19 pandemic will cause longterm damage to the Chinese economy as foreign firms in the mainland are shifting their global supply chains to less hostile geographies. Second, the deterioration in economic and military relations with India could restrict access for Chinese companies to the world’s second-largest consumer market. Third, ongoing diplomatic spats will roil relations with Australia and Canada (where Meng Wanzhou, the CFO of Huawei Technologies and the daughter of Huawei’s founder Ren Zheng, remains under house arrest in Vancouver awaiting extradition to the US).

The brazen modus operandi Beijing has employed to thrust a draconian law on Hong Kong, a thriving free-market city of 7.4 million with a per capita income of $50,000 against mainland China’s $10,000, could turn the tide against China. President Xi’s signature Belt and Road Initiative (BRI) is already facing debt defaults across Africa and Asia. China’s ambitious plan to cut a pathway from its restive western province of Xinjiang across central Asia to eastern Europe faces new hurdles. The recent attack on the Karachi Stock Exchange by the Balochistan Liberation Army (BLA) underscores the problems besetting the China-Pakistan Economic Corridor (CPEC) leading to Gwadar port in Balochistan. A near-bankrupt Pakistan has shrunk the scale of the CPEC and is re-negotiating its high-cost debt. China’s clampdown on Hong Kong has the imprimatur of President Xi, the most controversial Chinese leader since Mao Zedong. Xi is a “princeling”, the son of the late senior Chinese Communist Party (CCP) leader Xi Zhongxun who was purged and imprisoned during Mao’s cultural revolution. Xi Zhongxun was rehabilitated in 1975 after over a decade in detention during son Xi Jinping’s adolescence, an event that has clearly left a mark on him. President Xi has emerged as the most powerful Chinese leader since Mao. He has forced changes in the Chinese Constitution to end the two-term limit for presidents and made himself President for life. But the spate of recent confrontations over national sovereignty has led to simmering dissent within the CCP.

Xi is the architect of the LAC face-off. His meeting with Prime Minister Narendra Modi in Ahmedabad in September 2014 was aimed at getting a measure of his Indian counterpart. Subsequent informal summits in Wuhan and Mahabalipuram were designed to lull India into thinking India-China relations were in fine fettle. Even while he was dutifully following Modi on a temple tour of Mahabalipuram, China was preparing for a future conflict at the LAC. Xi’s “putsch” in Hong Kong has awoken the world, bar those countries that survive on China’s largesse, to the danger Beijing poses to civilised world order.

#Carrie lam, #China expansionism, #Xi jinpiing, #Hongkongprotest
The views and opinions expressed in this article are those of the authors and do not necessarily reflect the official policy or position of DailyO.in or the India Today Group. The writers are solely responsible for any claims arising out of the contents of this article.