How to Make India Secure: A national security agenda for the next government

Our national security, a topmost priority, remains lagging severely behind other nations in absolutely key areas. The new govt must take heed of these gaps and modernise security on an urgent basis.

To some extent, the 2019 elections were fought on the issue of national security — but the major parties neglected to spell out their plans for revitalising the core issue of decision-making at the apex level and measures to enhance defence preparedness to manage future threats and challenges. There is much that needs to be revamped in the management of national security and the new government will need to move quickly on many fronts.

1. There is an urgent requirement to formulate a comprehensive National Security Strategy (NSS), including strategy for internal security.

2. The NSS should be formulated after carrying out an inter-departmental, inter-agency, multi-disciplinary strategic defence review.

At present, the procurement of weapons and defence equipment is being undertaken through ad hoc annual procurement plans, rather than being based on duly prioritised long-term integrated plans that are designed to systematically enhance India’s combat potential. 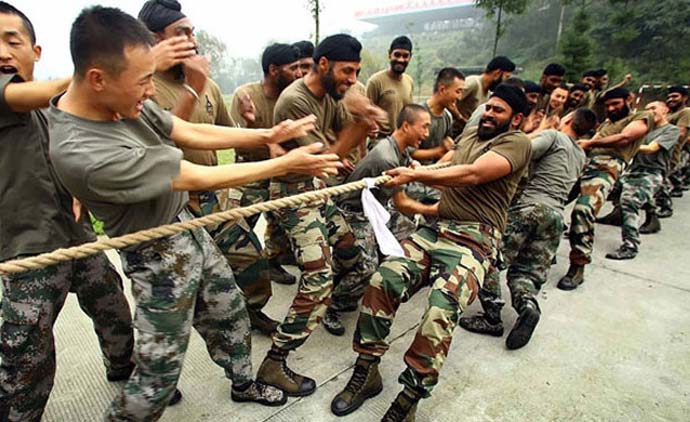 Because it's no game: Defence plans are needed to fill the gap we face compared to China’s People’s Liberation Army. (Photo: PTI)

The new government must commit itself to supporting long-term defence plans — or else defence modernisation will continue to lag and the growing military capabilities gap with China’s People’s Liberation Army (PLA) will assume ominous proportions. This can be done only by reviving the dormant National Security Council as defence planning is in the domain of the NSC. The Cabinet Committee on Security (CCS) deals with current and near-term threats and challenges and reacts to emergent situations.

The NSA is only an advisor to the Prime Minister and has no executive authority. He is also not answerable to Parliament. A single point adviser is called for: A chief of defence staff is the need of the hour. (Photo: PTI)

The government must also immediately appoint a Chief of Defence Staff (CDS) or a permanent Chairman of the Chiefs of Staff Committee to provide single-point advice to the CCS on military matters — any further dithering on this key structural reform in higher defence management on the grounds of the lack of political consensus and the inability of the armed forces to agree on the issue will be extremely detrimental to India’s interests in light of the dangerous developments taking place in India’s neighbourhood.

The logical next step would be to constitute tri-service integrated theatre commands to synergise the capabilities of individual services. Such a system now exists in all major democracies — even China has graduated to an integrated theatre system.

International experience shows that such reform has to be imposed form the top down and can never work if the government keeps waiting for it to come about from the bottom up. While internal security challenges are gradually gaining prominence — as witnessed by the advent of the ISIS on the Indian sub-continent through the Easter Sunday attacks in Colombo — preparations for conventional conflict must not be neglected. 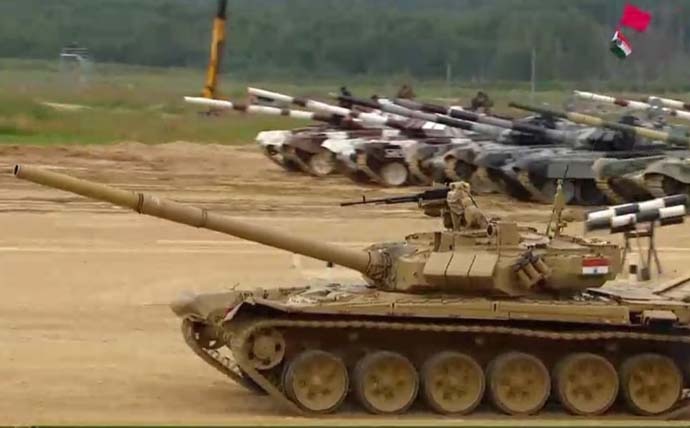 Let there be light. Always: Tanks don't have night vision which needs to be upgraded. (Photo: ANI)

Major defence procurement decisions must be made quickly. Large-scale ammunition shortages have been pointed out in several Comptroller and Auditor General (CAG) reports in 2015-17. These shortages must be made up quickly.

In the army, many tanks and infantry combat vehicles are still ‘night blind’ — they lack suitable night vision equipment. The army needs large numbers of towed and self-propelled 155mm howitzers for the plains as well as utility helicopters and anti-tank guided missiles (ATGMs).

It also needs to acquire weapons and equipment for counter-insurgency operations. Make a splash: The navy needs to add warships of every kind to its fleets. Why wait for ages? (Photo: PTI)

The navy needs to add warships of virtually every class to its combatant fleets. It waited for long for the Vikramaditya (Admiral Gorshkov) aircraft carrier, which was being refurbished in a Russian shipyard at exorbitant cost. Construction of the indigenous air defence ship and Scorpene submarines is behind schedule.

The plans of the air force to acquire 126 multi-mission, medium-range combat aircraft (MMRCA) in order to maintain its edge over the regional air forces are still stuck in the procurement quagmire except that a contract has been signed for the acquisition of 36 Rafale fighter aircraft. The LCA project continues to lag way behind schedule.

Meanwhile, the MiG-21 and MiG-27 fleets have become obsolescent. Time to take off: The procurement of new helicopters is a vital need of the hour. (Photo: PTI)

Though a handful of Chinook CH-47s have been recently received, all three Services need a large number of light and medium lift helicopters. India’s nuclear forces require the early operational deployment of Agni-4 and Agni-5 missiles and nuclear-powered submarines with suitable ballistic missiles to acquire genuine deterrent capability against China.

The armed forces do not have a truly integrated C4I2SR system for network-centric warfare — which will allow them to optimise their individual capabilities and enable the conduct of ‘effects-based’ operations. Force multipliers like combat drones (UCAVs) are yet to be introduced into service. The central armed police forces (CAPFs) also need to be modernised as they are facing increasingly greater threats — while continuing to be equipped with sub-standard weapons. All of these high-priority acquisitions will require extensive budgetary support. With the defence budget languishing at less than 1.5 per cent of India’s GDP at present — compared with China’s 3.0 per cent and Pakistan’s 4.5 per cent — it will not be possible for the armed forces to undertake any meaningful modernisation or make up equipment and ammunition deficiencies. The funds available on the capital account at present are inadequate to suffice even for the replacement of obsolete weapons systems and obsolescent equipment that are still in service well beyond their useful life cycles.

The defence budget must be substantially enhanced to enable the armed forces to meet future threats and challenges, as also to discharge India’s obligations and fulfil the country’s responsibilities towards making a positive contribution to peace and stability in the Indo-Pacific region.

Only then will the national security environment be conducive to rapid socio-economic development.

Also read: Chaos in Kolkata: The Bengali is not Hindustani. And therein lies the problem