It's a win-win situation as Arvind Kejriwal may find the final piece in his Chandigarh puzzle.

The nominated Rajya Sabha cherry was not enough for Sherry. Navjot Singh Sidhu, on July 18, spurned the Bharatiya Janata Party (BJP) and quit for seemingly greener pastures - a chance to be AAP's CM face in Punjab.

While the only thing that is currently confirmed is that Sidhu has quit after the shortest-ever innings in the history of the Rajya Sabha, well-placed sources indicate that it's going to be a segue into the AAP for him as well as his spouse, Navjot Singh Kaur, who also quit the BJP, simultaneously dealing a double blow to the saffron party in the forthcoming Punjab elections.

Arvind Kejriwal has had several conversations with Sidhu and even a midnight meeting away from the prying eyes of the media and a suspicious BJP.

A senior AAP leader observed with certain glee, "The BJP got this one entirely wrong. Imagine, they wasted a Rajya Sabha nomination and no one in the media had a clue."

Also read - Is Sidhu joining AAP? BJP on the edge in Punjab

The glee is a clear pointer to where Sidhu is headed. He has always dreamt of being Punjab chief minister and, in an earlier interview to me, Sherry went on record to say that "it was his dream job".

This dream seemed unlikely to be fulfilled as long as he was part of the BJP, which is in no position to form a government of its own in Punjab. 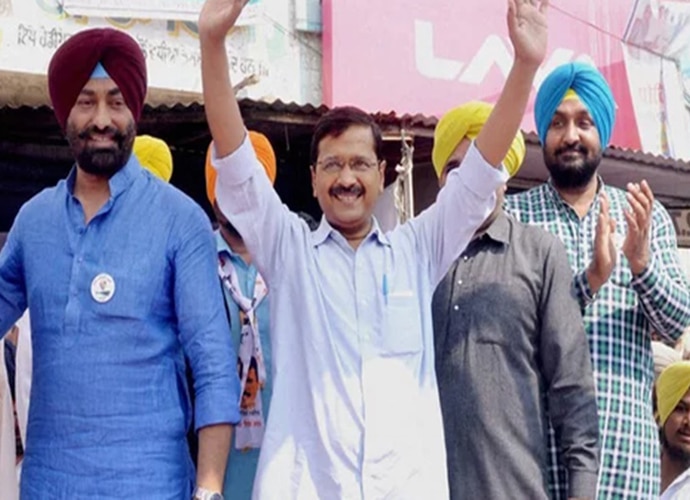 Kejriwal would get the final piece of his Punjab puzzle in Sidhu. (PTI)

Sidhu was all set to quit earlier after he was made to vacate his Amritsar seat in the 2014 Lok Sabha polls for finance minister Arun Jaitley, who lost despite the "Modi wave".

Sources say the bad blood was collosal - the Akalis and Jaitley blamed Sidhu for the loss, and Sidhu was upset that his seat was snatched away.

The scars from Amritsar ensured Sidhu did not participate in any BJP-related activity and stayed away from poll campaigns. He preferred to play judge on television comedy shows, saying at least there he had a "huge audience".

The BJP was extremely keen on retaining Sidhu and Modi had personally ensured that he got an RS nomination. The PM had even tried to show empathy for Sidhu by tweeting "get well" messages to him when he was in hospital.

Sources say Sidhu was convinced the Akalis and a section of the BJP viewed him as a huge threat, and were conspiring against him.

This found traction when he saw an opportunity in a resurgent AAP in Punjab. The AAP is slated to do well in the elections and Kejriwal has been looking for its CM face. In Sidhu, a Jat Sikh, the Delhi CM would find an ideal candidate.

If Sidhu joins the AAP, it's a win-win situation as Kejriwal may find the final piece in his Punjab puzzle.

As for the BJP, it currently has egg on its face as "Udta Sidhu" pulled a classic "guru" that Sherry's opponents know him for.

#AAP, #Navjot Singh Sidhu, #Punjab Polls, ##AAPKASidhu
The views and opinions expressed in this article are those of the authors and do not necessarily reflect the official policy or position of DailyO.in or the India Today Group. The writers are solely responsible for any claims arising out of the contents of this article.