The Imran Khan government in Pakistan comes with the slogan of 'Naya Pakistan' (a new Pakistan), in order to have a fresh beginning, a fresh start. Somewhere, we all want to believe it — but his administration's actions since August 18, when he took over as Prime Minister, and a few days before that, give out a different message.

One that has the Pakistani establishment's footprints all over it. 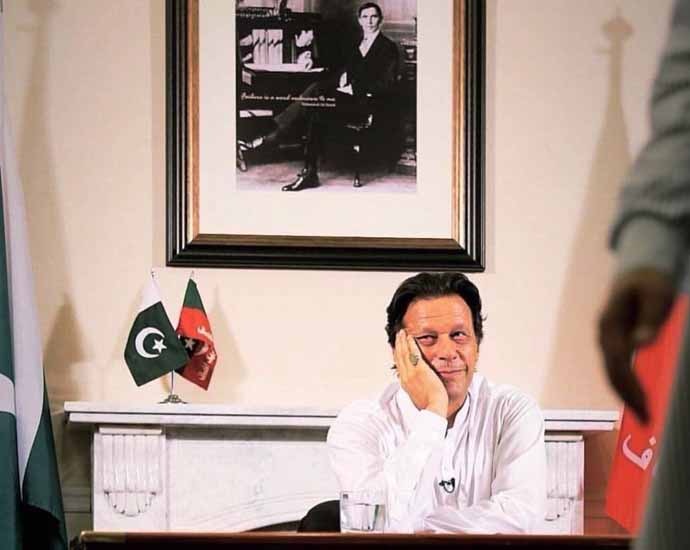 While Prime Minister Imran Khan in his first address to the nation focused on domestic issues, with no mention of India-Pakistan or Kashmir, Shah Mehmood Qureshi as the foreign minister ensured that the important aspects of Pakistan's India policy were not amiss from his first press interaction. A minister who seemed absolutely unprepared on his first day on the job.

Why? Because why else would a foreign minister deliver his entire statement, without once mentioning the letter from the Indian Prime Minister, only to be handed a slip last minute from his Foreign Secretary Tehmina Janjua?

Why had he not been told about such an important development before going on and on about "adventurism" and "accidental adventurism"? It is because, as is in the usual course, he did not take a brief from the Foreign Office officials before holding the briefing — which also was not a scheduled one.

The massive confusion in interpreting the first most sensitive piece of news by the Imran Khan administration bordered on "recklessness". While Qureshi is not a greenhorn, he would have to tread very carefully and this casual, nonchalant handling of India is a real "disservice" to ties, quite opposed to Imran Khan and the Pakistani Foreign Office blaming sections of the Indian media for "unnecessarily" creating a controversy.

India and Pakistan, more than understanding each other's concerns and sensitivities, have to be highly aware of each other's red-lines as both these governments ride on, and have come to power, on nationalistic agendas.

Prime Minister Narendra Modi, like many world leaders, did send a letter to congratulate Imran Khan and expressed commitment towards "constructive engagement" — but for Pakistan to interpret this even as an "indication" to initiate talks was at best presumptive on Pakistan's part. 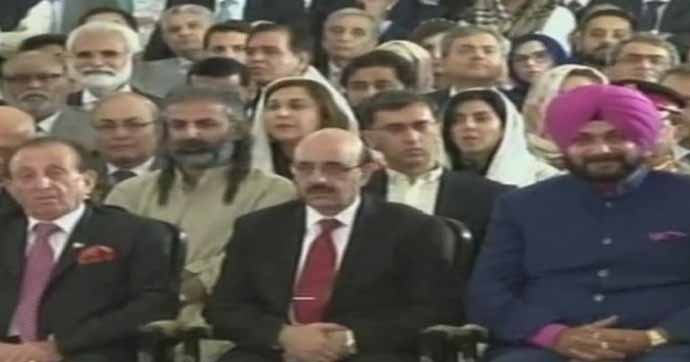 The story of India and Pakistan has and will always be mired with mind games and tactics, but to make a pawn out of Navjot Singh Sidhu by seating him beside Sardar Masood Khan, president of Pakistan Occupied Kashmir (PoK), and trying to legitimise the Kashmir issue was churlish, to say the least. There were many layers of messaging. If indeed Pakistan is a democracy, then why did the Pak Army Chief convey the message on the opening up of the Kartarpur border to Sidhu, rather than the civilian dispensation doing so? 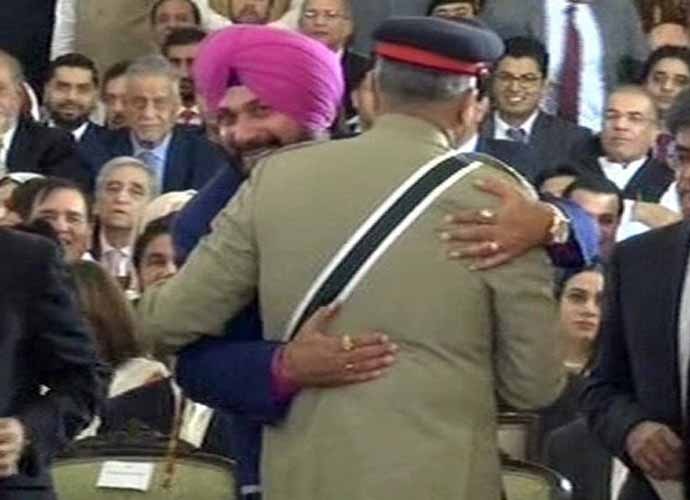 Frankly, much has been made about the hug between Sidhu and General Qamar Bajwa and much more politics has been played on this issue — but the fact is that Prime Minister Modi had also flown down to Lahore. In a first by an Indian Prime Minister, he boarded a Pak Air Force helicopter to go to Raiwind and then, the famous hug between Modi and Nawaz took place there. When Modi Met Nawaz: The PM's visit to Lahore was followed by the Pathankot attack. (Source: PTI)

So, why the hullabaloo about this hug?

Because Modi might not admit it, but surely some part of him rues the day he decided to go to Lahore since it was followed by the Pathankot attack. Similarly, as much as Sidhu would like to believe that he went as a private citizen, he is an elected leader, he has to cater to a constituency which comprises not only of those who welcomed his earnest action but also those who may have suffered at the hands of Pakistan — like those who lost their loved ones at the border and went seeking answers from Sidhu.

He is a politician and he will have to accept the consequences — a risk that could reap benefits or spell doom.

When it comes to India-Pakistan, what you expect almost never happens — what you don't expect most certainly will happen. And when you are not watching, the worst comes hitting.

More opportunities have been lost in one-upmanship. It is time for a reality check. Imran has won an election decrying India. Modi has one to win in 2019.

At this juncture, to think that there can be a forward movement without accommodation of the other's demand is near-impossible.