The accountability court on Monday sentenced former Pakistani Prime Minister Nawaz Sharif to seven years in prison along with a heavy fine in the Al-Azizia Steel Mills corruption reference, while acquitting him in the Flagship investment reference.

The court said that there was concrete evidence against Nawaz Sharif in the Al-Azizia reference, as he was unable to provide a money trail in the case. Thereby, the court sentenced Sharif to at least seven years in prison along with a fine of $25 million and 1.5 million pounds. The verdict also ordered immediate seizure of all properties and assets in Nawaz Sharif’s name. Former Pakistani Prime Minister Nawaz Sharif has been sentenced to seven years in prison along with a heavy fine in the Al-Azizia Steel Mills corruption case. (Photo: Reuters)

However, the court verdict maintained that there was not enough evidence to convict Nawaz Sharif in the Flagship investment reference.

The case took rigorous attendance of Nawaz Sharif, who attended the accountability court for hundreds of times, answering difficult and blunt questions about his family’s wealth and investments.

The former Pakistani PM did not want to go to the Adiala jail in Rawalpindi – the place where he had already spent weeks – after being sentenced to 10 years jail in the Avenfield reference by the accountability court.

The court accepted Sharif’s request and ordered authorities to transport Nawaz Sharif to Kot Lakhpat Jail in Lahore, where he would be starting his seven-year long imprisonment. 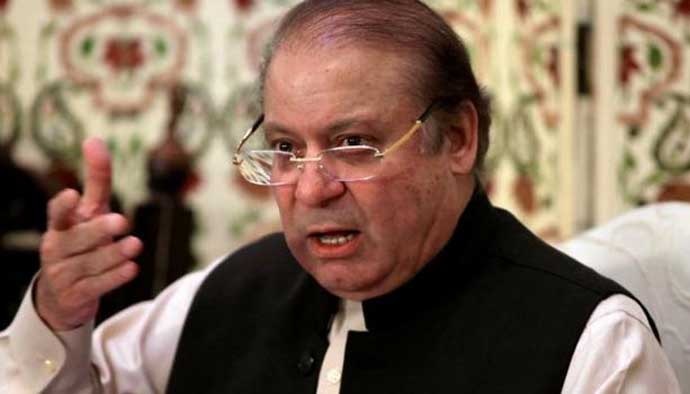 The court’s verdict is yet another test for the Sharif family. (Photo: Reuters)

The National Accountability Bureau (NAB) had filed the three references (Avenfield, Al-Azizia & Flagship investment), on orders of the Supreme Court of Pakistan (SCP) in the Panama Papers case verdict, which saw the ouster of Nawaz Sharif as the country’s Prime Minister.

Special security measures were applied around the judicial complex in Islamabad Monday ahead of the verdict.

The court’s verdict is yet another test for the Sharif family, especially Nawaz Sharif, who has been busy and severely occupied in handling the court proceedings since the time he was ousted from the premiership.