Political turmoil in Sri Lanka: Why India needs to wake up to challenges from Mahinda Rajapaksa's return

The sacking of Sri Lankan Prime Minister Ranil Wickremesinghe on October 26 has plunged the country into political turmoil, threatening to undermine the democratic progress made in the last three years, not to mention the balancing act in keeping both India and China in good humour. 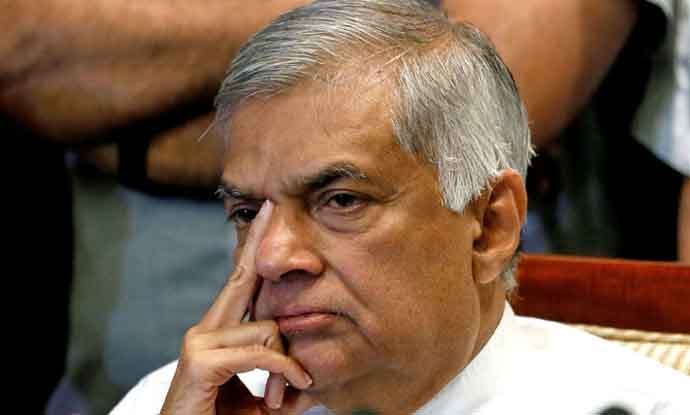 The move, which caught the nation by surprise, was a dramatic reversal of fortunes for Opposition leader and former President Mahinda Rajapaksa, who has been appointed the new Prime Minister. Rajapaksa was battling for his political future since losing both the Presidential election in January 2015, and the Parliament poll in August the same year.

Once a staunch Rajapaksa ally in the Sri Lanka Freedom Party (SLFP) and a senior cabinet minister when he was President between 2005 and 2015, Sirisena had ditched the Rajapaksa camp a month before the 2015 presidential elections, running against him as the joint Opposition candidate with the backing of Wickremesinghe’s United National Party (UNP), to score a victory.

Sirisena’s win was hailed as a triumph for people power in Sri Lanka after all its reversals.

Democracy and civil liberties suffered during the decade-long rule of an increasingly authoritarian Rajapaksa, who styled himself the saviour of the nation by ending the island nation's 26-year-long civil war in 2009.

With the latest political crisis, the country may well be re-entering the era of a deeply fractured polity, a climate that bred authoritarianism and all the attendant ills of the past.

The removal of Wickremesinghe ends not only the national unity government formed after the 2015 parliamentary election by the UNP and SLFP — but also a chapter of democracy in Sri Lanka’s post-civil war politics.

The immediate risks of political instability were heightened by the constitutional crisis as the UNP has termed Sirisena’s move a coup. Moreover, Wickramasinghe has refused to step down, saying he remained leader until removed by Parliament, not by the President, where the UNP could muster a majority in the 225-member House.

The 19th Amendment to the Constitution, passed in 2015, had ended executive presidency — the dispute has to be settled within Parliament, which was due to meet on November 5 when the 2019 national budget was scheduled to be unveiled. However, President Sirisena has prorogued the session until November 16, giving him time to engineer a majority.

Relations between the two leaders had soured particularly after the coalition’s defeat in the provincial elections in February this year. The differences were out in the open in April when Wickremesinghe survived a no-confidence vote in Parliament. But it seems that the rift between them was apparently widened by Rajapaksa, whose Sri Lanka Podujana Peramuna Party (LPPP) made gains in the provincial polls. Sirisena and Wickremesinghe differed over several vital issues — but apparently, the issue of balancing relations with India and China was a tipping point, the same issue also unsettling politics in India’s neighbourhood, within, for instance, the Maldives. Behind the scenes, there is a tussle going on between Chinese and Indian companies to obtain infrastructure projects in Sri Lanka — and reports suggest the Sri Lankan President was not pleased with Wickremesinghe when he pledged to speed up Indian projects on a visit to Delhi on October 21.

Observers believe that it was at the former President’s behest that Sirisena levelled allegations that India's RAW was plotting his assassination. Wickremesinghe had reportedly questioned Sirisena about this in last week's cabinet meeting.

Rajapaksa was the leader of the country when Sri Lanka became the first nation to fall victim to the Chinese 'debt trap', laid in the name of infrastructure building, forcing the country to then build a series of white elephants. Last year, the debt trap squeezed the country to the point to give up control to China of its Hambantota Port, a white elephant — but with a strategic location close to the busy Indian Ocean shipping lanes.

Sirisena may soon find that he was foolish to ally with Rajapaksa to settle his scores with Wickremesinghe.

Given that Rajapaksa is a far more canny and ruthless political operator than Sirisena, it is hard to believe that the former President would be happy to play second fiddle to his former minion for very long. Moreover, it was not long ago that Sirisena betrayed him and then became President.

It was the pro-China stance, coupled with a high level of alleged corruption, that put an end to Rajapaksa’s rule in 2015. As he rises again, strains on the nation's foreign policy are in full display. As on Sunday, new twists — and a cycle of violence — made things worse. Just after a few days after his sacking, Ranil Wickremesinghe has been recognised as the country’s Prime Minister by the Sri Lankan Parliament Speaker on Sunday.

In a letter to Sirisena, Speaker Karu Jayasuriya questioned the decision to suspend the House until November 16 and said it will have “serious and undesirable” consequences on the country, PTI reported.

Meanwhile, Preident Maithripala Sirisena maintained his stance and said that Wickremesinghe was sacked for the alleged involvement of a Cabinet minister in a plot to assassinate him. In a much-publicised address to the nation on TV, President Maithripala Sirisena said a person questioned by investigators had revealed the name of a minister in an alleged plot to assassinate him and Gotabhaya Rajapaksa, a former Defence Secretary — and brother of ex-president Mahinda Rajapaksa.

It is obvious that these recent developments in Colombo resulted in a total breakdown in ties between Sirisena and Wickremesinghe. This has reflected also in their growing differences on key economic and security-related policies. Counting the figures, the Rajapaksa and Sirisena combine has only 95 seats and is far short of a simple majority in the 225-member House. On the other side, Wickremesinghe’s UNP still has 106 seats on its own. While his opponents’ efforts are to send him to the sidelines are apparently on, the political fundamentals are not so unkind to Wickremesinghe; they in fact seem to be positively conspiring in his favour to keep him at the centre. Even through a stage-managed show and not through the ballot, Rajapakse’s return to Sri Lankan politics is raising concerns about the country’s potential positioning with its economy, foreign policy and internal security now. It was not long ago when Sri Lanka faced economic sanctions from the West over Rajapakse’s brutal military crackdown on the banned Liberation Tigers of Tamil Eelam (LTTE) and alleged human rights violations — in case he sustains his momentum and gets eventual command now, the situation can turn uglier in the days to come.

In its typical style, China is playing safe and giving an impression it has nothing do with the situation in Sri Lanka.

So far, India has responded on the Colombo episode with ‘silence’ and Prime Minister Narendra Modi, who reputedly handles all important foreign policy issues himself, is away in Japan.

Hardly surprising that the Ministry of External Affairs (MEA) is not in a position to hand-hold Modi’s pet-slogan, ‘Neighbourhood First’. Noticeably, be it Nepal, Bangladesh, Maldives or Pakistan, Modi’s campaign of 'Neighbourhood First' has not fared too well anywhere.

Now, as Sri Lanka hurtles towards choas, India needs to stand by its neigbour — before it gets too late. India has to be much more aware in dealing with the new Sri Lankan leadership that seems to be awed by Chinese largesse.

India would do well to learn from its past mistakes, and keep neighbours in good humour.