The current deadlock may be a godsend for India to mend its mistakes.

Weeks have passed since Nepal’s historic election results were declared, but there is still no trace of a new government. The delay is mainly due to unwillingness of political parties to come to an understanding on the formation of the Rashtriya Sabha or Upper House. Also, there is a lot of political scheming behind the curtain that does not bode well for South Asia’s newest democracy.

The incumbent Nepali Congress is reluctant to give away power on the pretence of "constitutional provision". Likewise, the winning alliance of two Left parties is crumbling steadily. Although KP Oli and Pushpa Kamal Dahal "Prachanda" are assuring otherwise, other leaders of their parties have begun raising doubts on the future of the alliance.

Before the first general and provincial elections, the Sher Bahadur Deuba government had sent an ordinance related to the election of National Assembly to the president for authentication. The Congress wants that the elections to the upper house be held on the single transferable vote system and the UML is pressing for the formation through majority votes. The Communist Party of Nepal (Maoist Centre) was sharing power with the Nepali Congress when the ordinance was sent to the president for nod and hence it looks clueless. The ordinance remains unsigned. 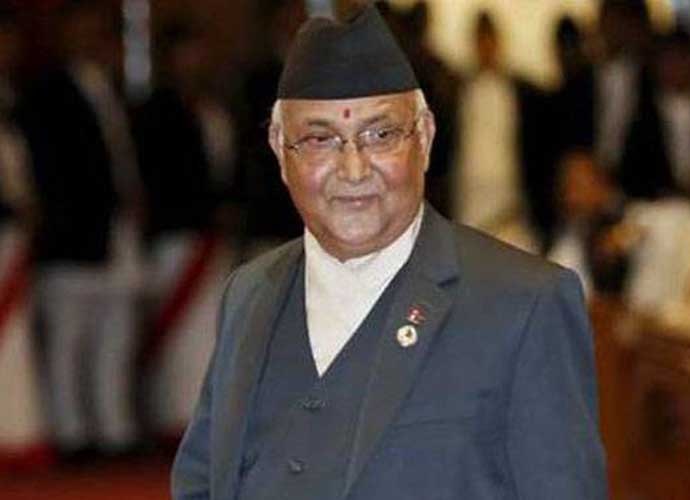 KP Oli: the PM in waiting

The Nepali Congress Party is insisting on its passing before it hands over power to the alliance. The Left alliance is of the view, and rightly so, that the outgoing government should have least say on the post-election business which henceforth must be conducted based on the fresh mandate. If the ordinance was so important then the Nepali Congress should have pressed for its signing before going into polls. It now looks that the party was waiting for the results to use the ordinance as its last weapon.

It is well-established wisdom that a nation’s future is set on its founding ethos and all the future decisions are measured against the remarks and acts of its founding fathers. Nepal cannot prove it otherwise and whatever its founding leaders are doing today will keep echoing for long. Sadly, these leaders are not taking their historical responsibility as seriously as they are expected to do. Firstly, President Bidhya Devi Bhandari has been sitting on the ordinance for the past three months. She could have done better by putting her signature on the cabinet’s decision without waiting for the election results. By seeming to toe her party’s line, she is disregarding her constitutional duty and her position as the impartial head of the state. She must learn from the mistakes of her predecessor Ram Baran Yadav, whose breach of the constitutional mandate in 2008 during army general Rookmangud Katawal episode almost derailed the entire peace process.

Similarly the winning party UML must also refrain from pitching the country’s president against the incumbent government. It shouldn’t soil the office of the president to score political points.

But the biggest culprit in the current deadlock is outgoing Prime Minister Sher Bahadur Deuba himself. As soon as the election results were out, his first instinct should have been to tender his resignation. Doing thus, he would have made the transition smooth. Instead of behaving like a statesman, he is doing every bit to stop the winning alliance from forming the government. He may succeed today. But at what cost? He must realise that democracy is not just being technically right, but it is also a set of written and unwritten principles. A dignified exit is one of those principles.

India must avoid the trap

The current deadlock in Nepal may be a welcome thing for some of the "old guards" in India and Nepal who have built their careers on Sinophobia, but the Indian government is expected not to disrupt the natural flow of politics in Nepal. It should allow the Left alliance to form the government.

Prime Minister Narendra Modi calling KP Oli and Prachanda a week ago and congratulating them for winning the election is a very positive sign. It is a hint that India is ready to accept the reality of democracy in Nepal and will respect the people’s mandate.

Now, India should build on the PM’s initiative. The government shouldn’t allow "the old guards" to win this time as they could in 2015. Had they not pressed for the unofficial economic blockade of Nepal, India wouldn’t have had a negative image in Nepal as it has now. Before the blockade, Modi was a kind of leader every Nepalese wished for in Nepal. People were seen queuing in the famous Pashupatinath Temple and roads to get a glimpse of him. Hence, this is a godsend opportunity for India to mend its mistakes.

#Prachanda, #India, #China, #KP Oli
The views and opinions expressed in this article are those of the authors and do not necessarily reflect the official policy or position of DailyO.in or the India Today Group. The writers are solely responsible for any claims arising out of the contents of this article.