Nepal was home to me for four years during one of the most tumultuous times of its history.

It was the period when Maoists insurgency was at its peak. We were there during the royal family's massacre. Had a close shave with the IC-814 hijack — and witnessed its aftermath. I was at the receiving end of anti-India riots when our office was attacked and ransacked. Yet, Nepal is a country one easily falls in love with. And so did we.

Going back to a place after a long interval can be fascinating. The break-in timeline lends a perspective not only to the present but also to what one left behind. Sans distracting details, one is able to make better sense of the past, while being more empathetic of the present.

Of course, nothing in life is constant. Though some places are more constant than others. The Tribhuvan International Airport remains just the same and as chaotic even after nearly 20 years. Except that the number of flights has increased exponentially. Now there are over 40 international flights and 27 odd international airlines fly daily in and out of Kathmandu — not surprisingly, the big jump has come from connections to China and the Gulf region. 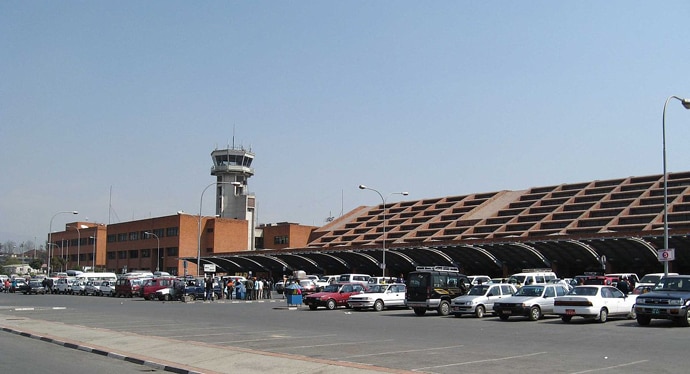 With over 40 operating airstrips across Nepal, there are more than 400 take-offs and landings at Kathmandu TIA every day. India is talking of “Udaan” with people in “Hawaii Chappals” flying on "Hawai Jahaz” — but Nepalis have been doing that for a long time now. Though Nepal’s air safety record has been patchy and the longevity of domestic airline companies remarkably low, airways have been a lifeline for the common people and helped mountain tourism at the same time.

Roads in Kathmandu have broadened, but not enough to cope with a surge in the number of cars and two-wheelers, despite the high import duty and jump in the price of fuel. So, traffic snarls are rampant. High-rises have started coming up. The spurt in construction activity has added to the dust in the air. Pollution 'masks' are now more commonly seen than the traditional Nepali Dhaka (cap).

Pokhara looks much cleaner and tastefully developed. The strip along the Phewa lake with a wide array of restaurants and bars can compare with many tourist destinations in South East Asia. Some excellent hotels have come up in the area, making it far more upmarket than before.

But I am told the real change can be seen in the interior and remote parts of the country that were out of bounds during the Maoist insurgency. In the last few years, they have opened up to rural tourism with some excellent lodges.

Reconstruction work after the 2015 earthquake is still going on at many places. The Boudhanath Stupa, one of the landmarks of Kathmandu, that suffered major damages, has been restored to its pristine form. But renovation of the more intricate structures of Patan and Bhaktapur has some way to go. Obviously, this has had an impact on cultural tourists. 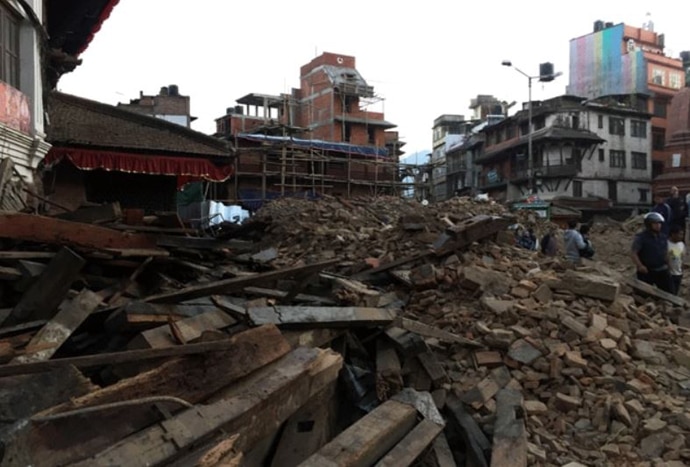 Reconstruction work after the 2015 earthquake is still going on at many places. (Photo: PTI)

However, this is on the surface — there is a deeper change in the people, especially the young Nepalis. Unmistakably, they are hugely more confident. No more does one hear boys and girls bemoaning the lack of opportunities. Part of this could be the new millennial and post-millennial mindset. But, I suspect, a lot has to do with the changed political climate.

The transition to the republic and now, the steady progress towards federalism has given a sense of empowerment. The fact that the nation could negotiate this difficult patch with minimum dislocation and disruption has restored faith in democracy and people power.

Despite the ups and downs and musical chairs at the helm of government notwithstanding, people are perceiving a sense of direction — some changes are beginning to show on the ground.

This is evidenced in the accelerated pace of development, especially in the Terai Region (much of it with Chinese assistance) which has boosted morale. To meet project requirements, the Chinese have invested in two large integrated cement plants. The local cement players are either augmenting or putting up new capacities to cater to the demand for the housing and infrastructure sector.

Other green shoots are also visible. The pharma industry is picking up, following the Bangladesh model. The first step would be to develop self-sufficiency, the next to begin exports of generics and bulk drugs. The arrival of Chinese pilgrims on the Buddhist circuit, earlier dominated largely by Japanese and South East Asians, is also steadily picking up. 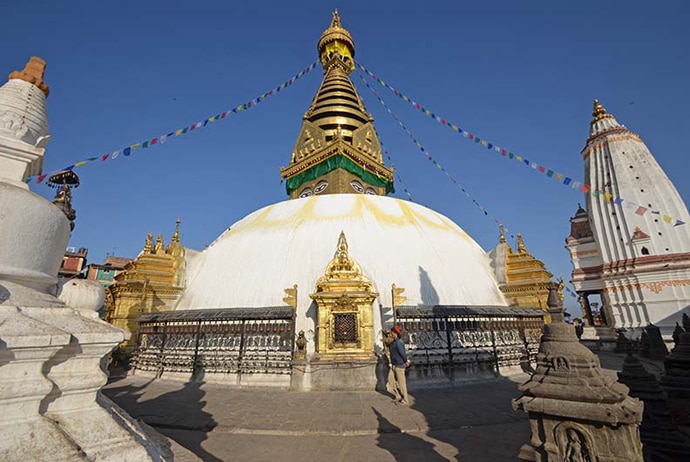 There is much optimism with the new border transit points opening with China, backed up by road and rail links. However, there is a remarkable change in attitude. Earlier, Nepalis would have flaunted this development as a 'lesson' for India. But now, there is a discernible maturity and equanimity about it. No longer is it seen as 'tit for tat' but something that should have logically happened long back.

Therefore, though the Nepali people have not forgotten the apparent 'blockade' of 2015, the memories are no longer raw. Some see it as a blessing in disguise, which forced Nepal to look beyond India more seriously.

This is the realisation that seems to have touched the younger generation most. To some extent, this was already the case among affluent Nepalis. Nepalis rank tenth in the headcount of expatriate students in US universities.

But now, interestingly, this is also noticeable among the middle class and lower economic strata.

The number of Nepali boys and girls going to China has exploded. A taxi driver in Pokhara thinks of sending his son to Australia for undergraduate studies. The boy works part-time to recover his tuition fees and will in all probability stay back there.

Nepalis have over the ages gone abroad for employment. But now, they aspire to better-paying skilled jobs. Foreign language institutes have mushroomed in Kathmandu. This trend is creating gaps in local manpower availability, which is being filled by reverse migration from India. I was told an estimated 6,00,000 Indians (including some probably from Bangladesh as well) are employed in low-skilled jobs within Nepal. With Modi, the Nepali leadership has struck an underlying rapport. (Photo: Reuters)

So, how does all this add up for the Indo-Nepal relationship? There is no doubt that the early euphoria and goodwill generated after Narendra Modi’s initial visit dissipated after the 'blockade'. But one did not feel any rancour or anger. In a statement on the first anniversary of his government, the Prime Minister of Nepal KP Oli said that India-Nepal relations have reached new heights in the last one year. There is no reason to think that he was just being polite.

Nepal, particularly the younger lot, appears to have moved on. Expectations have been reset and a new equilibrium seems to have been established. But they wish to engage with India now from a position of confidence and not as an over-dependent neighbour. India, too, they feel, has recognised this sentiment.

In this backdrop, many people I spoke to would like Narendra Modi to get a second term.

They are apprehensive of equations going haywire if a coalition comes to power in Delhi. With Modi, the new leadership has struck an underlying rapport — built on healthy mutual respect that should work to the advantage of both countries, if it continues uninterrupted.