Was INA’s Japanese co-founder a spy?

Declassified files suggest the Indian Embassy in Tokyo in 1974 suspected that Iwaichi Fujiwara could have been working for the Japanese intelligence.

Documents declassified on Saturday, April 30, 2016, reveal that the Indian Embassy in Japan in 1974 suspected that Iwaichi Fujiwara – a military intelligence officer who had helped form the India National Army during the Second World War – was still at his old tricks.

An invitation to Fujiwara to visit Imphal, Moirang and other places linked to the war by Dr Sisir Kumar Bose of Netaji Research Bureau prompted the Indian Embassy in Tokyo to speculate about his activities. This happened at a time when CIA-phobia was raging through the Indian establishment. 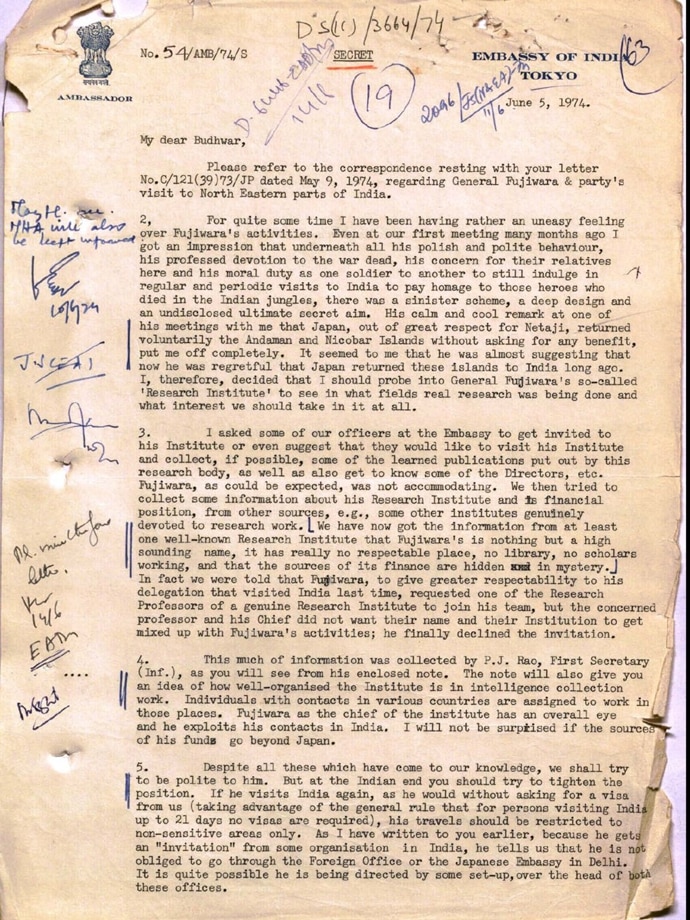 “For quite some time I have been having rather an uneasy feeling over Fujiwara’s activities,” wrote S Thiruvengada Than, Indian Ambassador in Tokyo to New Delhi.

In Than’s estimate, “Underneath all his [Fujiwara’s] polish and polite behaviour, his professed devotion to the war dead, …his…visits to India to pay homage to those heroes who died in the Indian jungles, there was a sinister scheme, a deep design and an undisclosed ultimate secret aim.”

Fujiwara’s antecedents were thoroughly checked by the Embassy staffers, evidently linked to Indian intelligence. If only such fabulous expertise had been employed to find out the truth behind the less than satisfactory account of Subhas Chandra Bose’s reported death offered by the Japanese.

PJ Rao, First Secretary (Inf), started to connect the dots in a lucid report until he began to see the hand of Japanese intelligence behind an organisation Fujiwara was running:

“I place herewith a sheet containing the names, careers, and areas for intelligence gathering against each Director of what is known as Fujiwara Asia Institute. This is headed by General Fujiwara who, during the last war, was in charge of military intelligence operations in Asia and was the main liaison with INA. Fujiwara institute is located in just two rooms in a building in Hamamatsucho in Tokyo and no publishable research work of any kind appears to be done there. But General Fujiwara and directors do travel to areas in Asia where they have established contacts.

Their operations naturally require considerable funds. My information is that the funds come from various agencies including SDF, extreme right-wing organisations and some business houses. Whether they have any connection with CIA is not known. Mr Okinori Kaye, LDP Member of the Diet (Lower House) who is in the Taiwan-South Korea lobby is said to be closely connected with Fujiwara Institute.” 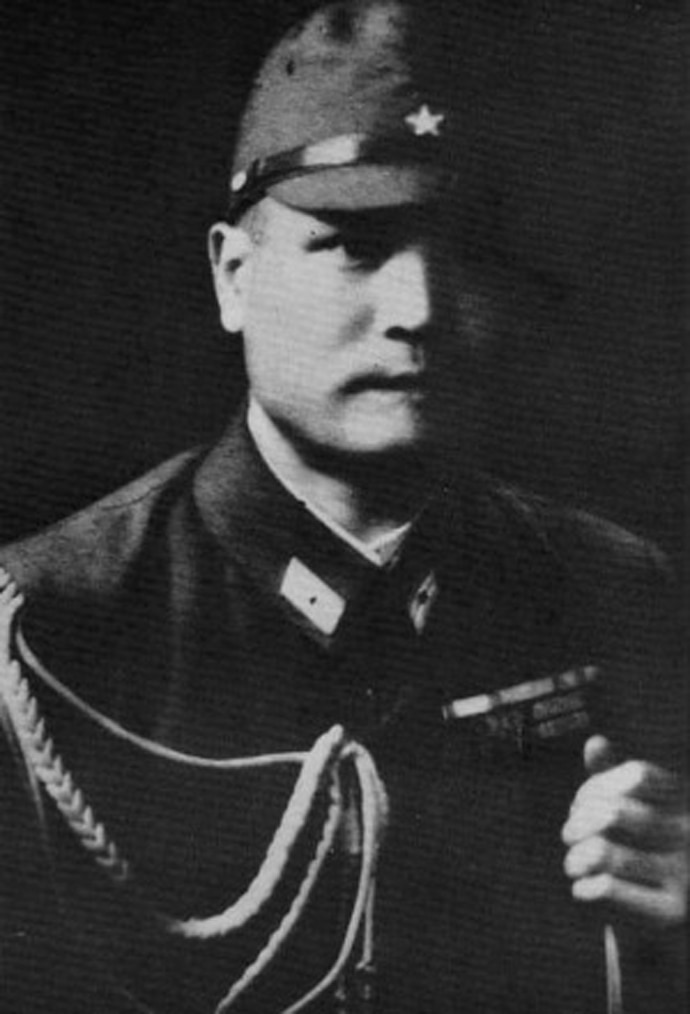 Supporting this report, Ambassador Than commented that “at the Indian end you should try to tighten the position”.

“If he visits India again, as he would without asking for a visa from us (taking advantage of the general rule that for persons visiting India up to 21 days no visas are required), his travels should be restricted to non-sensitive areas only. As I have written to you earlier, because he gets an ‘invitation’ from some organisation in India, he tells us that he is not obliged to go through the Foreign Office or the Japanese Embassy in Delhi. It is quite possible he is being directed by some set-up, over the head of both these offices.”

“We should not eliminate the possibility of General Fujiwara and his Research Institute being used by Japanese Intelligence. However, we should not also overlook the fact that during the last war Fujiwara was of infinite assistance to a large number of our INA leaders, and, in fact, often pursued a policy line which neither had the approval of the Japanese General Staff or their Secret Police Kempeitai….”

“Consequently, while we should treat him and his Institute with considerable circumspection, we should not also overlook his one time services to our people,” wrote joint secretary NB Menon.

#Iwaichi Fujiwara, #Subhas Chandra Bose, #Indian National Army, #Netaji Files
The views and opinions expressed in this article are those of the authors and do not necessarily reflect the official policy or position of DailyO.in or the India Today Group. The writers are solely responsible for any claims arising out of the contents of this article.