Who was Gumnami Baba, if not Netaji?

It takes some time and effort to understand the Faizabad angle to the Subhas Chandra Bose mystery.

The statement of Prime Minister Narendra Modi that he would declassify all Netaji files has piqued the Congress party much. Today, external affairs minister Sushma Swaraj took the first step by asking Russia for information on Netaji. Back home, the Congress spokespersons have been struggling to express the party's stand clearly. CR Kesavan even stated that the report of Justice Mukherjee Commission is not published yet, completely ignorant of the fact that his own party had published the report a good nine years ago!

Most recently, Congress MP Rajeev Shukla wrote that Netaji Subhas Chandra Bose was a courageous man who would never remain in hiding. He dismisses all stories about Netaji surviving the air crash. He simpers at all those who believe that Netaji lived as a low-profile ascetic in Uttar Pradesh until his death in 1985.

Shukla wants to trivialise the decision to declassify the files and is stopping everyone from probing the details of Gumnami Baba of Faizabad. His clear target is Mission Netaji, the pressure group to which this writer belongs. Our views favouring the Gumnami Baba story have been covered quite well on television and in print.

Shukla assumes things without actually trying to study them. While Shukla is right in arguing that Netaji could not be hiding in multiple places at the same time, and it is improbable that he lives today at 118 years, he forgot some basic points which give a lot of credibility to the Gumnami Baba story.

The very fact that the Indian government has not been declassifying the Netaji files, in itself, is strange. The Congress never did, and they never heeded to the demands of the public in this matter. In response to an RTI application this writer had filed, the government said that, in general, secret files in India would be reviewed every five years to see if they can be declassified. But in Netaji's case, this rule does not seem to apply. They have been kept hidden for decades.

Shukla chooses to ignore the people whom Gumnami Baba corresponded with, including the likes of INA Secret Service sleuth Pabitra Mohan Roy, freedom fighter Leela Roy, and Janata MP Samar Guha. Ms Roy, who was affectionately called "Lee" by Gumnami Baba, even wrote to Netaji's friend Dilip Roy, informing that Dilip's "friend was alive in India". Further, Shukla might want to check why letters written by former UP chief ministers Dr Sampurnanand and Banarsi Das, and former union minister Ghani Khan Choudhury were found in the belongings of the Faizabad monk who lived next to jungles.

Shukla must download a copy of Justice Mukherjee's report from the home ministry website. There were several stories related to Netaji's death that the commission had looked into. He dismissed the plane crash story which Shukla seems to believe in, because the records and facts told him, that there never was a plane crash! His findings were rejected by the Indian government, led by Shukla's party.

Mukherjee studied four other stories of Netaji's death - in Red Fort, Dehradun, Sheopurkalan, and in Faizabad. He dismissed the first three theories without going into the specifics, but described the last one in great detail. It is interesting to note that Mukherjee wrote in his report that "there is no reason for not acting or relying upon the evidence of … witnesses… who had seen Netaji before 1945 and also met Bhagwanji / Gumnami Baba face to face on a number of occasions, more so when their evidence regarding the frequent visits of some freedom fighters, eminent politicians and former members of INA on January 23 and during the Durga Puja festival is supported by the fact that letters written by some of them… were found in "Rambhawan"."

But he further wrote that "other formidable facts and circumstances stood in the way of the commission in arriving at a conclusive finding that Gumnami Baba was none other than Netaji". He concluded his findings by saying that he cannot answer whether the Baba was Netaji in the absence of "any clinching evidence". Later in 2010, Mukherjee admitted in a documentary shoot that he was fully convinced Gumnami Baba was Netaji. Shukla must question why a former Supreme Court judge would say that, and what made him reach a conclusion against his personal conviction. 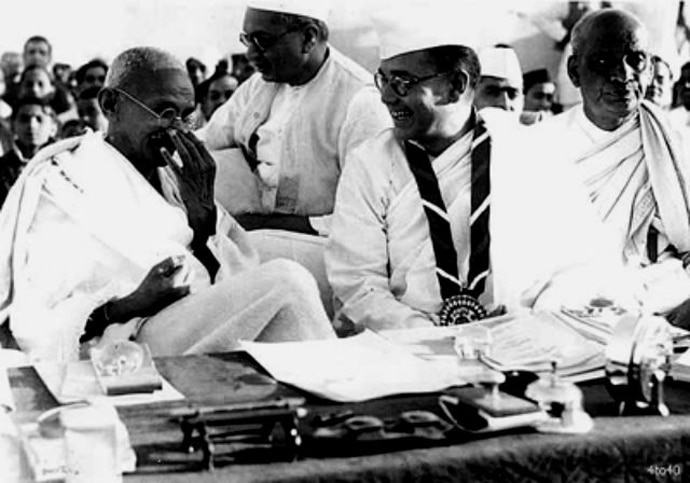 Further, the Lucknow bench of the Allahabad High Court ordered on January 31, 2013 that the Uttar Pradesh government must constitute a team of experts and higher officers, headed by a retired judge of High Court, to hold an inquiry with regard to the identity of Gumnami Baba and construct a museum to protect his belongings. A team was never formed and the funds for the museum was allocated only in the most recent supplementary budget of the Akhilesh Yadav government. Shukla might want to question the court as to why it thought probing Gumnami Baba's identity and protecting his belongings was essential.

It takes some time and effort to understand the Faizabad angle to the Netaji mystery. It is not as easy as getting appointed in a cricket body without knowing what cricket is. Shukla, while he was a minister in the second Manmohan Singh government, should have questioned his own party about why they were sitting on a pile of top secret information about Netaji.

The current writing in the wake of Prime Minister Narendra Modi's declassification announcement is nothing but an attempt to make people think it is a non-issue. The government has requested Russia for information on Netaji. The government must request other countries and go for complete declassification of all files, including intelligence records. Thereafter a special investigation team must be formed, which should take the matter to closure.

Post your comment
#Gumnami Baba, #Netaji Files, #Subhas Chandra Bose, #Netaji
The views and opinions expressed in this article are those of the authors and do not necessarily reflect the official policy or position of DailyO.in or the India Today Group. The writers are solely responsible for any claims arising out of the contents of this article.