Finance Minister Nirmala Sitharaman opted for economic development as opposed to people-pleasing for the 2019-2020 budget and it makes sense.

There was pressure on the country’s first full-fledged woman Finance Minister, Nirmala Sitharaman, to present the first budget of the second Modi government, the ‘Bahi Khata’, with something for every section and which satisfies everyone.

This was the case especially after the BJP-led NDA’s overwhelming victory in the Lok Sabha elections. But fiscal prudence required the budget to include measures to encourage both investment and consumption demand, to take the economy out of recession. The budget sought provisions for infrastructure development, on which the government expects to spend Rs 100 lakh crore in the next five years. The financial sector comprising banks and non-banking financial companies (NBFCs) is also in bad shape.

The FM had to worry about the sector’s poor health due to the piling up of non-performing assets (NPAs) and bankruptcy of NBFCs.

Economic Avengers: The finance ministry had a tough task to present a budget to take the economy out of recession. (Photo: PTI)

Meanwhile, the rising pollution in the country and the world and the resulting ‘Climate Change’, have become a matter of concern for farmers and the common man. This called for concerted efforts on the part of the government. There was also a need to revive the manufacturing sector, after taking the same out of recession. This was possible only if they could be protected from cheap foreign imports.

There is a significant provision for Pradhan Mantri Gram Sadak Yojana in Budget 2019. It has been said that 1,25,000 km of roads will be upgraded with an expenditure of Rs 80,250 crore in the next five years. Apart from this, there was a need for some plans for the expansion of railway tracks which has lingered on for ages. So, the FM proposed using a public-private partnership model to achieve the targeted track expansion in a short period of time. For the last several years, the housing sector has been going through a huge crisis. Millions of flats are lying unsold for the want of buyers, bringing the construction of new houses to a standstill. Real estate and housing is one of the areas that can help industries such as cement, iron, tiles and glass flourish. The FM has made a big announcement for the housing sector. So far, investing in the affordable housing up to Rs 18 lakh would fetch interest subventions and rebate in income tax. This budget provides for exemption of income tax up to Rs 3.5 lakh annually in the interest on loans for homes up to Rs 45 lakh. Moreover, from now on, 1.95 crore new rural houses will be built by 2022, the FM said.

GST reduction on electric vehicles to 5 per cent from 12 per cent will help India reduce emissions. Interest up to Rs 1.5 lakh on EVs will be income tax exempt, which may make EVs an attractive investment. The budget provides a Rs 70,000 crore infusion to public sector banks struggling with NPAs to meet capital requirements and increase lending. Moreover, the budget proposes that the Reserve Bank of India take over the regulation of housing finance companies (HFCs) from the National Housing Bank. 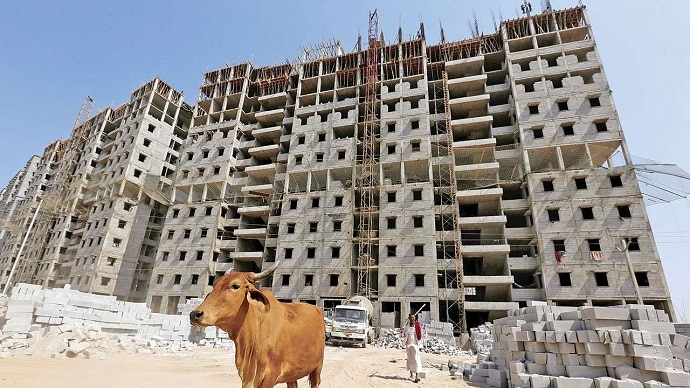 Unfortunately, in single-brand foreign direct investment (FDI), the government has decided to relax the provision of domestic sourcing. It is worth noting that so far single-brand FDI companies have been mandated to purchase a minimum 30 per cent from within India. This move will go against Make in India. Fortunately, the government has decided against opening new areas for FDI in the budget and to instead have stakeholder consultations to allow FDI in media, insurance and others. This is a welcome move.

This budget cannot be called a populist one but it can prove to be an effective step to increase the pace of development in the country, help manufacturing, improve the financial sector’s health, and develop infrastructure.

#Real estate, #Narendra Modi, #Budget infrastructure, #Budget 2019 highlights
The views and opinions expressed in this article are those of the authors and do not necessarily reflect the official policy or position of DailyO.in or the India Today Group. The writers are solely responsible for any claims arising out of the contents of this article.