It is time for NITI Aayog to expand its praxis and extend its realms of operation to become an agent of change through action-based interventions.

With a Cabinet Resolution dated January 01, 2015, National Institute for Transforming India, NITI Aayog was set up to serve as a think tank of the government. Aimed to be a directional and policy dynamo, the institution was expected to provide strategic and technical advice at multiple levels of governance. With competent leadership at its helm and razor-sharp vision of Prime Minister Narendra Modi — who is also the NITI Aayog Chairperson — the institution has been able to bridge the gaps between the Centre and the states by way of multiple initiatives including Governing Council Meetings, formation of sub-groups of Chief Ministers for Swachh Bharat Abhiyaan and Skill Development, Regional Development Councils to address regional aspirations, facilitate development of Centrally Sponsored Schemes (CSS) in a transparent manner among others.

NITI Aayog’s continuous practice of crafting systems and processes in collaboration with lawmakers, stakeholders and beneficiaries at large through dialogue and consultation has proved to be successful.

A case in point is the Transformation of Aspirational Districts programme that works on three levels:

1). The convergence of Central & State Schemes.

3). Competition among districts driven by a mass movement Since its formation, NITI Aayog has bred symbiotic ideas that have the potential to change India’s future. (Photo: Reuters)

‘Niti’, which is derived from the word Naitikta (morality), is considered to be the road to Dharma (duty), according to ancient Indian scriptures. Similarly, the role of NITI Aayog needs to evolve and expand so that it emerges as that one handbook which helps the government follow its Dharma and ensures future Indians are Dharmajna (those who have the knowledge of Dharma).

In its first phase, NITI Aayog served as a centre for ideation, a platform for the exchange of ideas, and to build consensus among multiple stakeholders. Taking the journey — dotted with successes and many firsts — forward, it is time for NITI Aayog to also expand its praxis and extend its realms of operation to also become an agent of change through action-based interventions as India undergoes a social and economic metamorphosis.

As NaMo 2.0 government marks its beginning on the plank of meeting aspirations, NITI Aayog needs to take charge of designing frameworks that measure the performance of various schemes and increase accountability. Being an institution that is run by technocrats, NITI Aayog is not bound by any ideological or political compulsions. As a result, it is expected that the institution monitors the progress of flagship projects undertaken by line ministries and suggests a mid-course correction. 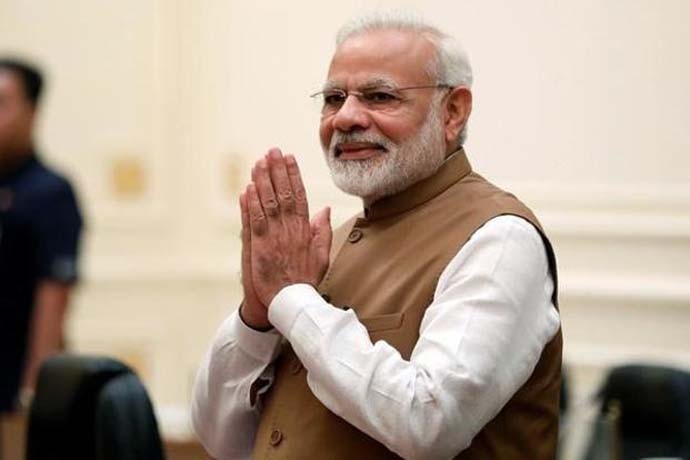 With competent leadership of Prime Minister Narendra Modi at its helm, NITI Aayog has been able to bridge the gaps between the Centre and the states. (Photo: Reuters)

In order to institutionalise processes and work towards building a cell that ensures long-term accountability in various ministries, irrespective of the change in guard, NITI Aayog needs to build mechanisms that administer discipline and safeguard the interests of beneficiaries.

Naturally, governance in India is a composite effort and asks different ministries to work in tandem. For example, the Ministry of Food Processing and the Ministry of Agriculture are required to work closely. It has been observed that projects suffer delays due to lack of human, financial or other types of resources, with one or more line ministries involved. A line ministry is a ministry that is responsible for implementing a program — as opposed to a ministry responsible for general planning and administration.

As an institution that is tasked with facilitating governance, NITI Aayog should take a leaf from the multi-purpose and multi-modal platform — PRAGATI (Pro-Active Governance And Timely Implementation) — and conduct periodical interactions with ministries that work in collaboration. This will not only create a sense of urgency, but such meetings will also create an opportunity for ministries to brainstorm on neutral turf and arrive at creative solutions.

One of the objectives laid down in the Cabinet Secretariat Resolution was to “maintain a state-of-the-art resource centre and be a repository of research on good governance and best practices in sustainable and equitable development, as well as help their dissemination to stake-holders”. As NaMo 2.0 government marks its beginning on the plank of meeting aspirations, NITI Aayog needs to take charge of designing frameworks that measure the performance of various schemes and increase accountability. (Photo: Twitter/ BJP4India)

Access to credible and timely data continues to be a challenge for researchers and analysts. This gives impetus to peddlers of falsehood and fake news, which eventually makes way to mainstream media and formation of a narrative that is fictional and unfit for public discourse. NITI Aayog — with the battery of technocrats, decades of cumulative experience and the nation’s best minds at work —is poised to verify survey methodologies, suggest areas of improvement and extract data at a disciplined frequency. It is a matter of nudge that we make it imperative for all public institutions to release data in an orderly fashion, in accordance with the applicable calendar.

The institution can also explore the possibility of hosting live data related to the top 100 projects that are identified by the institute based on their criticality. This will serve as a ready reckoner for all citizens.

India has seen numerous citizen participation and empowerment organisations spring up in the recent past. Regrettably, their efficiency in terms of empowering citizens and increasing citizen participation has not been very impressive. While respective ministries conduct awareness campaigns, taking Prime Minister Narendra Modi’s vision of apolitical nation-building forward, NITI Aayog should identify champions in fields like organic farming, primary education, rural healthcare, para-sports, and enable them to spread awareness and create more such champions.

For example, against the backdrop of the unfortunate health crisis in Bihar, NITI Aayog needs to ensure that the Centre and the state machinery talk with each other and minimise the probability of such a crisis repeating itself. Moreover, it needs to mandate the Health Ministry and Ministry of Women and Child Development at both, the Centre and the state levels, to educate citizens living in similar eco-biological surroundings.

Exchange program with other nations to further such initiatives and nurturing rare talents (minus the fault lines) will go a long way in ushering a regime of solution-based governance.

The institution has the responsibility to create devices that communicate, collaborate and coordinate across various groups across organised and unorganised structures. Since its formation, NITI Aayog has bred symbiotic ideas that have the potential to change India’s future. It is time to incubate these ideas and complete the thought cycle by innovation, development and actualisation of those ideas.

Also read: Why it's sad NITI Aayog does not promote independent thinking

#Pragati, #Narendra Modi, #Namo government 2.0, #Niti aayog 2.0
The views and opinions expressed in this article are those of the authors and do not necessarily reflect the official policy or position of DailyO.in or the India Today Group. The writers are solely responsible for any claims arising out of the contents of this article.