When CM Nitish Kumar declared war against child marriages and dowry, administering an oath to the people of Bihar on October 2, it clearly seemed a-first-of-its-kind political push in contemporary India, aiming to challenge the two reprehensible, yet socially the most acceptable, practices in the state.

Though illegal, marriage without dowry is considered tea without sugar in modern Bihar, which is otherwise largely known to have a progressive society. But the practice of the groom's family demanding enormous sums of money and goods from the bride’s family as a condition for letting their son marry has seldom raised eyebrows here.

Kumar is unlikely to leave any stone unturned in his fight against the two evils. “We will act against child marriage and dowry just the way we acted against liquor. This will only complement and carry forward the social changes that have begun taking shape in Bihar due to prohibition,” Nitish said. The chief minister has also promised to involve all government employees, social andvoluntary organisations in the war on the two evils.

Besides, an awareness campaign has also been flagged off. Government officials in Bihar will now have an additional responsibility of trying to prevent all such weddings in which the bride is younger than 18 or the groom younger than 21, or where dowry has been exchanged.

Having seen the CM’s unmitigated drive for prohibition, government officials now believe that the Dowry Prohibition Act, 1961, and the Prohibition of Child Marriage Act, 2006, would be “strictly enforced” in the state like never before.

The records explain why such measures are required.

"I believe child marriage and dowry cases will see a massive drop in the next one year and the society and environment ofBihar will change,” Nitish said. His government will organise a human chain on January 21, 2018, against the two social evils, which are already punishable by law. “Child marriage and dowry are evils that need to be uprooted from the society,” Nitish said. Child marriages account for over 39 per cent of all weddings in Bihar. A larger proportion of women become victims of dowry system despite awareness.

Though it is praiseworthy, figuring out the likely political consequences of the social awakening triggered by Nitish is difficult — the move looks risky is this era of pragmatic politics where politicians bow to khaps and only pamper the social hegemony of influential sections. 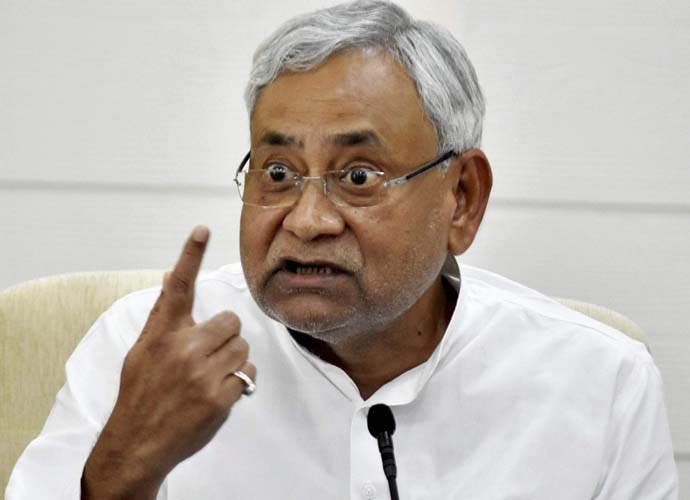 The Bihar CM's supporters seem sure of his political acumen.

Why would Nitish apparently risk his seemingly electoral invincibility by trying to break a social glass ceiling, which laterally binds Bihar? Though he is clearly the first politician of the contemporary era to try preventing avaricious families from converting marriages into a money-spinning business, it may prove risky electorally. But his supporters are confident about the CM’s farsightedness. “Unlike traditional socialist leaders, Nitish Kumar not only picks up social churning before others, he often creates new thought process and fans it without clinging to established societal moorings,” said a senior minister in the government.

Also, Nitish’s decision to oppose child marriage and dowry does not look a sudden one if we consider his past graph. In fact, it only confirms his governance curve. One of his first decisions after coming to power in November 2005 was to reserve 50 per cent seats in panchayats for women. Though the patriarchal society in Bihar cringed and complained, the idea was gradually absorbed.

Reservation for women in panchayats created a new social and political churning in Bihar. Nitish further complemented the move in subsequent years by announcing free clothes, books and cycles for school-going girls. He reaped political dividends too, as women emerged as a casteneutral constituency, considering only Nitish as their leader. In 2016 when he clamped prohibition in Bihar, women wholeheartedly welcomed it.

The opposition, therefore, fear that Nitish’s hawkish social positioning against dowry and child marriage could be part of a meticulously planned political move. His ace move — besides heralding a welcome social change — may make him the new ‘Ballot Raja' of Bihar.