Why no-confidence motion against Modi government makes for poor optics

The Congress has walked straight into a trap by supporting a motion which will only end up projecting the BJP government as stronger.

Six ordinances. Over 60 pending bills. And only 18 working days to discuss, debate and clear them all.

But all this has been put on hold for now as the Opposition is bringing a no-confidence motion against the government in Parliament on Friday, July 20. The motion will be discussed in the Rajya Sabha on Monday, July 23. Why be serious? It is a foregone conclusion that the Modi government's existence is under no imminent threat. (Source: PTI)

Discussion on the motion will start on the floor of Lok Sabha on July 20 at 10 am.

Given the strength the National Democratic Alliance led by the Bharatiya Janata Party (BJP) enjoys in Parliament, it is a foregone conclusion that the government's existence is under no imminent threat.

So exactly what purpose is the no-confidence motion expected to serve?

We do not expect the Opposition to have confidence in the ruling regime at any given point of time but generally, a motion of no-confidence is brought when there is a belief that a certain government has failed on all (or most) fronts and has no moral right to stay in power, or when it doesn't enjoy the support of the majority of MPs in the House.

Significantly, the motion has been moved by the Telugu Desam Party (TDP) with 16 MPs in the lower house on the issue of Andhra Pradesh being denied Special Category Status (SCS). The TDP, it must be recalled, was a member of the ruling NDA until March this year.

Andhra will face Assembly elections in 2019 and the TDP chief Chandrababu Naidu knows that with the promise of SCS remaining unfulfilled, it would be difficult to convince people to give him another shot at power. Naidu at least needs to make it known that he hadn't forgotten about the promise while in power.

The TDP chief has managed to garner the support of the Congress, Trinamool Congress, Nationalist Congress Party, Samajwadi Party, and the Communist Party of India (Marxist), a bitter rival of the TMC, among others, in his push to assert that the House has lost trust in the government.

But is this enough?

The NDA has 314 MPs on its side, including 272 MPs belonging to the BJP. In the current 534-member Lok Sabha, the number of votes the BJP needs to sail through the motion is 268. The AIADMK with 37 MPs, the BJD with 20 MPs, the TRS with 11 and the INLD with 2 MPs, are likely to either vote in favour of the BJP or abstain from voting — in either case, helping the BJP.

We know it. Naidu knows it. The Congress knows it.

So, why is a day of Parliament being wasted to introduce a motion whose fate is already known?

The Opposition has made it clear that the discussion, and not the voting, is the real objective behind the no-trust motion.

(It's another matter that Congress leader Sonia Gandhi has gone on to claim that the Opposition has the numbers. A similar claim made by Sonia in 1999 still haunts the party). 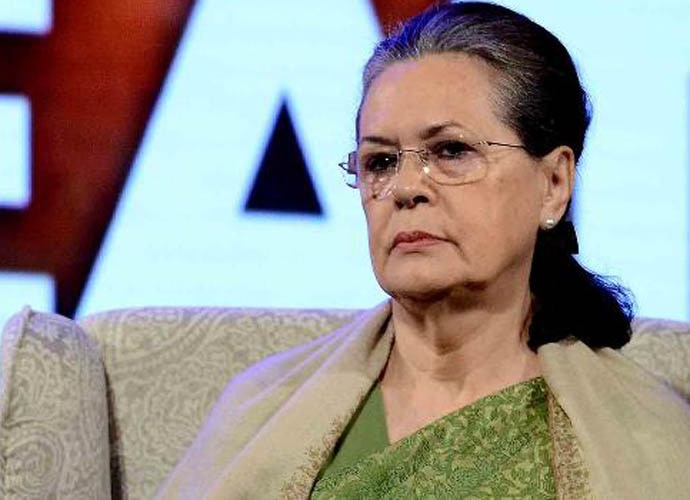 Looking forward? With 44 MPs in the Lok Sabha and support from regional parties, Sonia Gandhi believes she has the numbers to topple the BJP government. (Source: India Today)

So, this brings us to the inference that Naidu's push for a no-confidence move is more for optics than a bid to oust the NDA from power. But it is not just Naidu and the Congress, which agreed to whole-heartedly support the motion, that are driven by 'politics for optics'.

The ruling regime under Prime Minister Narendra Modi too is keen to use the occasion to make a point, a development the Opposition failed to pre-empt.

The TDP's bid to move the motion in March was defeated because Speaker Sumitra Mahajan refused to allow the motion. This time, however, the BJP agreed to have the motion introduced on the very first day of the Monsoon Session.

Congress leader Mallikarjun Kharge requested the Speaker that the motion be taken up within 10 days. But the BJP sprung a surprise on the Opposition when Mahajan announced that it will be taken up on July 20 itself.

The BJP's swiftness in allowing the motion is being seen as an attempt to avoid a washout of the Monsoon Session with the Opposition sticking to its demand for the motion. It has caught the Opposition by lightning-like surprise.

But the BJP is also going to use the occasion to sing paeans about its own achievements over the past four years.

So, the no-trust motion allows the Opposition a theatre to prove that it performed its role of opposing — and lets the Prime Minister do what he loves to do. Talking.

Parties appear to be using parliamentary procedures to outwit and outsmart each other. As a nation, we have brought ourselves to accept the fact that this is how politics functions. But, if politics is only about parties outsmarting each other, what hope do the people have?

The discussion tomorrow is going to again rake up issues of religion, our divisions and our bigotry, discussions we are having ceaselessly on prime-time television, in newspapers, and on social media platforms.

The fact that in a session that is only going to run for 18 days, the parties are not focused on discussing important legislation, such as women's reservation, triple talaq, the economic offenders' ordinance, insolvency and bankruptcy code, speaks volumes about the misplaced priorities of our legislators. They are clearly politicians. Not leaders.

Also read: No, we are not The Other: #TalkToAMuslim is no soft appeal. It is a clear statement of belonging

Post your comment
#Congress, #BJP, #Narendra Modi, #No-confidence motion
The views and opinions expressed in this article are those of the authors and do not necessarily reflect the official policy or position of DailyO.in or the India Today Group. The writers are solely responsible for any claims arising out of the contents of this article.