With no Kashmir for a home, Pandit is no more than a memory - and a tattered identity

[Book excerpt] Shunted out of a homeland while their neighbours and their countrymen alike merely looked on, or simply looked away.

Kashmir, the conflict-affected part of the state of Jammu and Kashmir in India, was to follow Afghanistan in its manic urge for self-destruction. By 1990, an uprising, violent in its methods and decidedly communal in its tone and tenor, had convulsed the length and breadth of Kashmir. The state and civilian authorities, missing in action at the best of times, capitulated as the frenzy overtook the street.

Azadi, the stock-in-trade of the largely educated and jobless youth who led the loose, rag-tag guerilla movement for change, seemed just a push and a heave away. The movement targeted flags and other totems of state authority, unfurling its own flags in busy market squares. This was accompanied by targeted killings in cold blood of prominent persons from the minority Kashmiri Pandit community.

The killings met with their intended objective as fear, cold and unspoken, ran through the relatively minuscule community. As local media reported on the killings, the question in every Pandit home was, who next? Anyone who has been a minority of any form or typology would know well how fear breeds panic. One by one, in the dead of the cold winter nights, the Pandit families left their homes in a panicked rush. What was at stake was not just the life, limb, and liberty of the men but also the honour of their women. 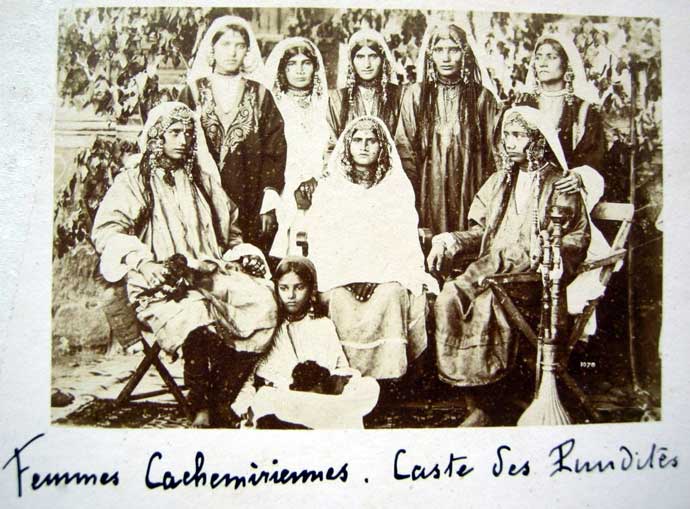 Just imagine: the Pandits who represent the warp and weft of a distinct tapestry of the life of Kashmir were scared out of their wits and forced to run away to safety. Photos: Screengrab/YouTube

I belong to the Kashmiri Pandit community whose origins in Kashmir date back to several millennia before the advent of Islam in the Valley. Mine was among the nearly hundred thousand families that caved in to the fear and somehow made it to the safer, though many times more uncertain and unfamiliar, parts of India. This book of stories stems from my own tattered identity as a Kashmiri.

Among the first crop of boys to initiate a paradigmatic shift in civil resistance in Kashmir was Ashfaq Majeed Wani, a fearless young soul oozing bravado. Wani was only 21 when he was picked by Syed Mohammed Yusuf Shah, the Pakistan-based chief of Hizb-ul-Mujahideen, to be his polling agent in the 1987 elections to the Jammu and Kashmir state assembly.

The elections were said to have been blatantly rigged, as Shah, now better known as Syed Salahudeen (ostensibly after the 12th-century first sultan of Syria and Egypt who led a military campaign against the crusader states in the Levant) found himself on the losing side against a leading light of the then ruling dispensation. Soon thereafter, young Wani decided to take to armed methods to vacate purported Indian misrule in Kashmir. In leading a crusade of sorts, Wani was asserting his right to a home that was undefiled by the hands of what he perceived as an “external” occupier.

A leading light of militancy in Kashmir, Wani was a year junior to me in college in the early 1980s. I knew him up close as a rakish young teen often surrounded by slightly brazen teenyboppers who were never above making a racket in the college canteen and were usually spoiling for a fight with fellow baddies on the campus.

In my term as the president of the students’ union at the Gandhi Memorial College in downtown Srinagar, on more than one occasion, I had to use my traction with the college management to have a rustication memo against Wani annulled.

We became close and even joined forces as one team to compete in an inter-college athletics event held in the University of Kashmir, where à la Milkha Singh, he ran barefoot and won the race hands down. In time, Wani found his machismo, athleticism, and fearlessness getting harnessed for the cause of liberating Kashmir from the so-called occupation by India. His naturally subversive instincts, always in full display during our college days, became the stock-in-trade of the militant creed as he took on the mantle of the Jammu and Kashmir Liberation Front (JKLF), the first among the pro-independence insurgency movements that caught popular imagination in the early 1990s in Kashmir. He galvanised large sections of Kashmiri youth for the cause of azadi. A symbol of freedom and courage for the younger generation, his daring attacks received fulsome coverage in the Srinagar-based Urdu media.

Local legend had it that Wani had crossed over to Pakistan and returned fully trained in the use of small firearms and motivated to lead an armed struggle for independence of Kashmir from India. He was part of the dreaded HAJY quartet of the JKLF that also comprised Hamid Shaikh, Javed Nalka, and Yasin Malik. Ashfaq Majeed Wani was killed by security forces in March 1990, at the age of 23. Millions turned up on the streets of Srinagar to eulogise him and mourn his death.

Two-and-a-half decades later, Burhan Muzaffar Wani, another young Kashmiri boy from the rural outbacks of the southern part of Kashmir valley who embraced the militant cult, captured the imagination of the world, as his namesake predecessor had done. His death at the hands of the security forces became a nonpareil symbol of popular resistance in Kashmir. In those three brutal months of 1990, many neighbourhoods were emptied of Pandits' presence almost completely. Photo: Reuters

Burhan Wani rose to be a leading light of the pro-Pakistan militant organisation Hizbul Mujahideen. A product of his times, he harnessed social media to the hilt to re-unify the new generation of Kashmiri youth in its civil resistance methods against the Indian state.

A common thread that ran through these two lives was their uncommon youthful zeal and a pious determination to lead the march of Kashmiris from perceived Indian oppression into an idyll of freedom and dignity. Even as thousands of young lives have been snuff ed out in the violence in Kashmir over the years, these boys were among just a handful to receive public adulation of such magnitude.

The émigrés, who accounted for but a minuscule three per cent of the population of the Kashmir Valley that is predominantly populated by the Sunni Muslims, testify to succumbing to fear triggered by a handful of targeted and spectacular killings, and radical intimidation in the form of incendiary communal slogans emanating from mosques, particularly so in neighbourhoods with Hindu presence.

In those three brutal months of 1990, however, these neighbourhoods were emptied of their presence almost completely.

The killings of a handful of notable members of the community in the Valley, among them an elderly judge and a senior political party worker of the Bharatiya Janata Party — a leading political party that is in power in India since the 2014 Lok Sabha elections, and a partner in the current governing dispensation in the state of Jammu and Kashmir — and a notable youth worker, had already hit the mark in injecting a deep sense of uncertainty, fear, and a sense of “who next?” among the minuscule Pandit community.

The killings were complemented by a targeted campaign by the ideologically driven toughies that made use of the loudspeakers in the neighbourhood mosques — the same amplifiers that the muezzin used to call the faithful to prayer — for blaring out manifestly provocative slogans calling upon Hindus to participate in the project of ushering in Nizame-Mustafa (the rule of Allah).

It is instructive and no less ironic to recall that even in those heady days of azadi — a sentiment that professedly represents the pure desire for liberation of Kashmir at once from the clutches of India and the embrace of Pakistan — the movement fell back on religious bigotry to advance their message among the masses.

This became a regular feature of those cold winter months. As the “loudspeaker threats” grew in force and frequency, they served their intended purpose in sowing a deep sense of fear among the Pandits across all 10 districts that make the Kashmir part of the state of Jammu and Kashmir.

Unable to cope with the sweeping radicalisation of the Muslim mind and a rising crescendo of secessionism that had taken over the Kashmir Valley, in a matter of months, Kashmir witnessed the exodus of the Pandits from their homes across the Valley.

The scale of intimidation targeting the Pandits recalled the depredations unleashed by Sultan Sikandar Butshikan, the seventh Muslim ruler of Kashmir, by most historical accounts a rabid iconoclast who ruled in the late 14th century and presided over the massive desecration of Hindu temples in Kashmir.

Just imagine: the Pandits who represent the warp and weft of a distinct tapestry of the life of Kashmir were scared out of their wits and forced to run away to safety while their neighbours and their countrymen alike merely looked on, or simply looked away.

The Kashmiri Pandits — with no Kashmir for a home any more — in a bit of a hyperbole, use words like exodus and ethnic cleansing to draw attention to the wholesale forced flight from their homes and centuries-old habitat. Today, barring an odd family that bucked the tide of migration, the Pandits are practically written off from the Valley.

With no real initiatives of genuine reconciliation forthcoming, their prospect of returning to their home seems bleaker than ever. The Muslims among whom I was born and raised are among the finest specimens of the human species. We drank from the same rivers and shared a social camaraderie and togetherness that only the uniquely syncretic culture of Kashmir could nurture.

The best that can be said about the perceived Muslim betrayal of the Pandits in the days leading to their mass flight out of Kashmir was that the ordinary Muslim approved of the militant creed almost willingly, to express, as it were, his strong disenchantment with a prolonged period of inept "elected" rule that, in effect, was a travesty of good governance in every way.

For the motivated young militants of the time, turning the tables on Delhi, the Indian capital that is perceived in Kashmir as the seat of all intrigue, meant support for "independence" from the puppet rule in the state, even if that came with the price of dispensing with the Pandit community that was integral to the Kashmiri way of life. The seeds of an Islamic enclave within the borders of a secular republic were well and truly sown.

Twenty-seven years went by in a trice, without anyone so much as noticing either the flight of a whole people or indeed the progressive communalisation of a political conflict. In this time, Pandit homes got pillaged, torched, or sold, and bit-by-bit all traces of the Pandit way of life in Kashmir became nothing more than a memory.

After several false starts and stops trying to find our moorings in Jammu, the nearest town that promised a respite from the haunting fear of terrorism that had overtaken my valley, we dropped anchor on the outskirts of Delhi, an ever-expansive city of hope, opportunity, and freedom, where work was easier to come by, and with the perspective that only time and distance provide, memories of fear and the flight from our homes in Kashmir would hurt less, giving way to the cut and thrust of everyday existence of an average metropolitan life.

#Kashmir conflict, #Kashmiri Pandits, #Jammu and Kashmir
The views and opinions expressed in this article are those of the authors and do not necessarily reflect the official policy or position of DailyO.in or the India Today Group. The writers are solely responsible for any claims arising out of the contents of this article.

Independent Indian writer, who has served the United Nations in multiple conflict-affected countries.