Is India unknowingly 'aiding' North Korea's cyber war against the US?

"Clouds of a bloodless war are hovering over the world. The world is terrified by this... India has a big role to play in this." When Prime Minister Narendra Modi spoke these words at the Digital India Week in February 2017, it seems he did so with the knowledge that the "cyber games" are being played in his own backyard.

Flash forward to this week, and things have deteriorated to hit a terrifying low with North Korea's deputy ambassador to the United Nations brazenly warning the United States (US) to back off or face a nuclear war that could "break out any moment".

Face of this new threat

If it breaks out, this nuclear war, however, may well turn out to be far devastating than anything that the world has seen in the past, including the tragedies in Hiroshima and Nagasaki.

As experts have warned in the recent weeks, Pyongyang today holds the power to carry out a terrifying nuclear attack that would not target a city and a population of hundreds of thousands, but rather wipe out over 90 per cent of the population of the United States in a matter of months.

But the execution of any such attack would depend more on Pyongyang's cyber warfare prowess than the brawn of Kim Jong-Un and his quest for amassing massive nuclear warheads.

As a MailOnline report explains, future attacks by North Korea may look to cripple the power grids that keep the United States alive by using a nuclear electromagnetic pulse (EMP) bomb and targeted cyber attacks. As evidenced by the attempted cyber robbery of $1 billion from the New York Federal Reserve in 2016 to the more recent WannaCry “ransomware” cyber attack that infected more than 300,000 computers in 150 countries, the North Korean threat in digital warfare has grown by leaps and bounds.

And according to a report published by Reuters, the responsibility of these attacks lie at the door of a special cell – Unit 180 – of North Korea's main spy agency.

Unit 180 is widely believed to have carried out other daring and successful cyber attacks too in the recent past, leaving officials, internet security experts worried.

But from the Indian point of view, what makes this chilling news of the growing powers of Unit 180, and the world silently moving ever closer to a nuclear war,  is the realisation that India may very well be at the centre of where all the trouble is brewing. 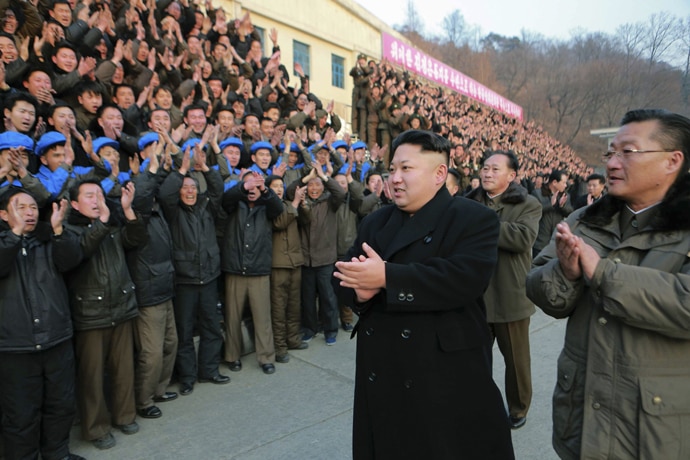 As a New York Times report explains, since 2011 when Kim Jong-Un took over power from his father and former Supreme Leader of North Korea, Kim Jong-il, there has been an increased focus on enhancing Pyongyang's cyber warfare capabilities, and in a short span of time, these attempts have led to North Korea producing some of the world's most deadly hackers.

But due to the lack of infrastructure in North Korea, these hackers – much like the brains behind Pyongyang's nuclear programme – are not developed in North Korea but are identified at an early age for special training and sent to China’s top computer science programmes.

However, that's just the tip of the iceberg, as these hackers then continue to operate from abroad, working from countries with relaxed cybersecurity laws and better internet infrastructure. And all of this is done without leaving any trace of Pyongyang complicity in the attacks.

A recent analysis by the cybersecurity firm Recorded Future has found heavy North Korean internet activity in India and has evidence to support that nearly one-fifth of Pyongyang’s cyberattacks now originate from India and carried out by hackers physically stationed in the country.

These allegations gain more power when put into context with India's historical ties with North Korea. India has in the past trained many North Korean students at its elite institutions who have gone on to join North Korea's nuclear weapons programme.

Although in both the cases, India is not directly responsible for aiding North Korea, however, it cannot shrug off its responsibility in indirectly furthering Kim Jong-Un's agenda.

India currently has one of the most relaxed cyber laws around the world, and with little funding going towards improving the cyber security apparatus, India and its servers are becoming easy targets for hackers and cyber criminals to route their attacks through.

The need of the hour thus for the country and its policy-makers is to chalk out a framework and make laws to secure itself and the world from internal and external cyber attacks. It needs to act, and act quickly, or it could very well end up unknowingly aiding North Korea in carrying out a human disaster worse than Hiroshima and Nagasaki.

Also read: How gang rape and murder of a girl destroyed the sanctity of a beautiful Shimla hamlet