Even if we assume that all illegal immigrants will be flushed out of Assam, could we expect a better life and dignity for the 'genuine' citizens?

As India erupted into Diwali noise with semi-conscious, half-green, half-toxic fireworks, my home state of Assam is observing a different kind of silence. A silence that has become too much to bear now as the deadly battle closes in around us.

It often sets me thinking — what is it actually that the Assamese people aspire to do?

This question is especially pertinent in a state that has been jolted out of years of irrelevance into the national consciousness following the ongoing update of the National Register of Citizens (NRC).

Suddenly, there are too many stakeholders — the indigenous-but-difficult-to-define Assamese, the non-indigenous-but-difficult-to-prove Assamese, a state government that came to power based on sub-nationalist promises made by a Hindu nationalist party, a flagging insurgent outfit whose commander-in-chief  and other top leaders have, ironically, sought refuge in Bangladesh for years, the national and international media setting the tone of the political discourse. 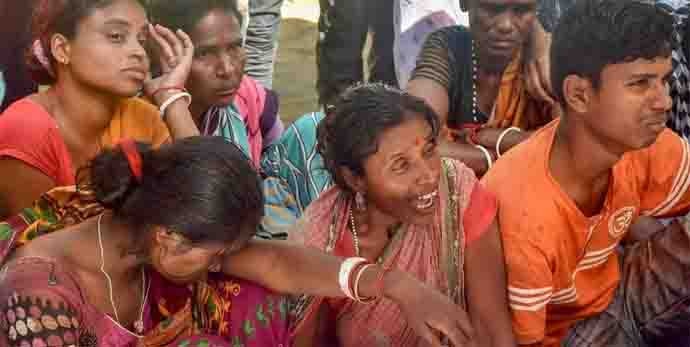 Relatives of one of the Hindu Bengalis killed recently in the Tinsukia attack by suspected ULFA militants. (Credit: PTI photo)

All these and many more in Assam are sucked into the vortex of the great NRC charade, which, if not for the resultant human misery and rights violation, looks more like a poorly scripted Bollywood comedy after a long-delayed release.

Amid all the stakeholders, the one who is increasingly becoming conspicuous with its silence is the Assamese intellectual.

In their defence, they have been 'continuously' raising their voice to 'save the dying' Assamese race — to preserve the sting in the chutney called Assamese culture/society.

To be fair, the Assamese intellectual is perhaps tired. Perhaps confused. It has perhaps hit that unfathomable pit of hopelessness.

But the silence is troubling, nevertheless. A protest in Assam against the Citizenship Bill. (Credit: Twitter)

It's difficult to know what is going in their minds.

To be honest, no one in Assam wants to talk much about the NRC, except for a few warped views weaved around words like 'Assamese identity', 'culture', 'indigenousness' and, of course, 'the Bangladeshis'.

No one talks much about it, especially following the publication of the draft NRC that left more than 40 lakh people of religious and linguistic minorities out of the second and final draft list.

Things would still have been less disconcerting, had the BJP government at Centre not added the Citizenship (Amendment) Bill, 2016 to this chaos.

Now, the Assamese fighting to drive out the Bangladeshi for decades doesn't know which Bangladeshi he wants to weed out. Is it the Muslim (Mia) Bengali or the Hindu (Bongal) Bengali?

Ever since the turbulent 1980s, for every young Assamese, irrespective of his career dreams, there has been a common aspiration — to see Assam free of Bangladeshis.  There is no Assamese family which doesn't lament about the erosion of Assamese-ness because of the infiltration of Bangladeshis. If somebody says they don't, then they aren't Assamese enough. (In fact, this could be made one of the prime identifiers of a 'pucca' Assamese — no Bangladeshi lament, maane (means) not a genuine Assamese.)

I wish we could go on talking about the nonchalant Assamese — unaware of the real crisis — with equal nonchalance. Unfortunately, that's not the case. While more and more people who couldn't find their names in the draft NRC are either committing suicide, fearing detention camps (some detainees reportedly chained to hospital beds), or running from pillar to post chasing touts to make that miracle happen — the possession of a legacy document — the silence seems to be only growing.

No one knows where this dream of driving out Bangladeshis is leading them to.

It is perhaps easier to ignore the cries of fellow human beings, the misery that befalls another as a result of your perceived persecution. But it's always difficult to gulp down the humiliation of being cheated by those you trusted your pride with.

This is what the 'jatiyatabadi' (nationalist) BJP government has done to the people of Assam. While the Bengali-speaking population thought a Hindu-friendly government will become their saviour, the Assamese thought this is their last chance at sustaining the identity movement.

Frankly speaking, the Assamese don't know any other life but a one that has to have Bangladeshis as the villain of the piece — Bangladeshis who have taken away our land, our resources, diluted our culture, taken away all jobs and all opportunities.

The Assam agitation (1979-85) against ‘foreigners’ was mainly aimed at detecting and deporting illegal Bangladeshi immigrants, thereby protecting and providing the indigenous people more control over their land and resources.

Back in 1980, a firebrand student activist gave the anti-foreigner movement in Assam a new life and slogan with the words “Tez dim, tel neediu” (We will give blood, not oil). As the legend goes, Dulal Sarma slashed open his chest with a blade and wrote the words in bold letters with his blood in the middle of a street in Guwahati.

While many had not seen Sarma's masculine nationalism, it's not difficult to understand why people found it hard to resist such call for solidarity. Sarma's rugged bravado inspired thousands of others to come out on the streets to support the agitation, led by the All Assam Students’ Union (AASU). The Assam movement from 1979 till 1985 was a movement against illegal immigrants. (Credit: India Today)

The 'war cry' for oil then was a metaphor for more control by indigenous people over their land and resources.

Today, no one talks about oil.

The Assamese has forever been crying over the Centre's legendary neglect of the state and the region, yet no one thinks it's more important to secure its mineral resources — petroleum, coal, natural gas — its forests, medicinal herbs, its famous tea. Somehow, it is perceived that it's only once the Bangladeshis are out, the economy of the state will improve, and so will the lot of the Assamese.

If it was the British controlling the state's natural resources before India's Independence, it's corporate India which has taken over the cudgels of imperialism now. But resisting the corporate might seem too much of a bother to the aspirational Assamese. It rather suits the Assamese ego to cede their forest lands to corporate giants than to fight for real development.

Where is the indigenous people's stake in the economy?

Well, that will never be answered.

Not that anyone is seeking an answer to that. The only job at hand is to drive out the 'foreigners'.

The jatiyatabadi (Assamese nationalist) and the ugra jatiyatabadi (extreme nationalist, the Bengali-speaking Hindu) are busy either 'killing' the 'outsiders' after dragging them out of their houses in the dead of night, or trying to prove who is a bigger outsider (read 'Miyas', the Bengali-speaking Muslims). The Assamese equivalent of Hindi heartland's 'Hindu khatre mein hai' (Hindus are in danger) is the danger to 'mati, bheti and jaati' (land, home and community) from the 'bidexi' (foreigners).

Even if we assume that one day, all suspected Bangladeshis who entered Assam illegally are detected, what is to happen to them?

The Assamese intelligentsia seems to have an 'indigenous' solution — strip them of citizenship. If deporting them is not possible, keep them as 'second-class' citizens. Give them work permits, let them toil for us. We have international examples. Let them till our precious land. The fruits of the land will be ours — the blood and sweat theirs. 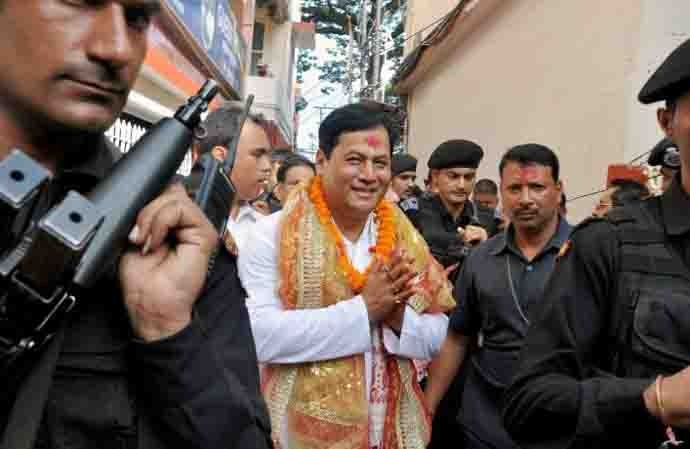 Even if we assume there have been no discrepancies in the NRC process and all those missing from the list are 'genuinely' illegal immigrants, could we expect a better life and dignity for the 'genuine' citizens? Better control over their own resources?

Will there be no economic exploitation?

For all we know, maybe it was because of the 'Bangladeshis' that the Centre chose not to 'Look East'? Is development scared to come to Assam and the Northeast because it can smell the presence of Bangladeshis apparently polluting our Assamese-ness? How much land will return to the genuine citizens? How many jobs?

The Assamese is not sure about the answers.

In fact, the Assamese is no longer sure about anything — not even what he is fighting and waiting for so many years.

But it will do us good not to forget that it wasn't any foreign government that allowed the bidexis to enter Assam — (joi aai Axom), our dear motherland that is guarded by our own soldiers at the borders. The policies and voters' lists are prepared by our own governments, not by the Bangladesh government. The vote banks are created by our own political parties. The war cry is given by our own nationalists and protectors of jaati, maati, bheti. The legacy documents are 'forged' not by touts who live across the border.

What is the guarantee that once Assam is free of all 'foreigners', the floodgates of corruption, of political power and grabbing, won't open to let the bidexis inside again?

Post your comment
#Bangladeshi illegal immigrants, #BJP, #Citizenship amendment bill, 2016, #Nrc final draft
The views and opinions expressed in this article are those of the authors and do not necessarily reflect the official policy or position of DailyO.in or the India Today Group. The writers are solely responsible for any claims arising out of the contents of this article.