The govt will set up a panel to explore the efficacy of 'One Nation, One Election'. But there are already ways possible of reducing poll expenditure and ensuring uninterrupted development work.

The PM calling an all party meeting to debate on “one nation, one election” even before the new Parliament started functioning has taken everyone by surprise.

The Congress, TMC, TRS, AAP, NCP, DMK and BSP either skipped or were present via representatives and not party chiefs. A diverse range of opinions were expressed during the meeting. While the CPI (M) held that the idea of simultaneous elections to the Lok Sabha, Vidhan Sabha and local bodies is “anti-federal, anti-democratic” and that it “would require tampering with the Constitutional scheme of accountability of the government to the legislature”, the BJD expressed strong support.

The AIADMK and YSR Congress expressed qualified support, with the former saying 'one, nation one poll' has to precede a guarantee of a fixed term for the Lok Sabha and state assemblies. One Nation, One Election — Many voices: PM Modi's all party meeting on the issue generated diverse views. (Photo: PTI)

The Law Commission’s 170th Report had recommended simultaneous elections as far back as in 1999.

The Parliamentary Standing Committee in 2015 and the ECI have already supported the idea in principle. Significantly, the Law Commission in April, 2018, concluded in a draft working paper that it wasn’t feasible “within the existing framework of the Constitution” — it would involve amendments to Article 83, Article 85, Article 172, Article 174, Article 356 and the Tenth schedule of the Constitution and to RPA, 1951, Rules of Procedure of LS and VS. These amendments are also amenable to legal challenges in the light of the doctrine of “basic structure of the Constitution” enshrined in the famous Kesavananada Bharati case of 1973.

Additionally, it suggested that to ensure that a “no confidence motion” will not curtail the term of the Lok Sabha/Vidhan Sabha, a motion of “confidence in the alternative government” can be introduced, as per the German practice.

'One nation, one election' is indeed an appealing idea in principle.

But it has both strong merits and demerits.

The merits include bringing down the cost of elections and stopping frequent and prolonged disruption of normal development activities because of the model code. Repeated elections also mean that there is no respite from the evils of casteist and communal appeals, hate speeches and rampant corruption during elections. This leads to a souring of the political discourse — which was on full display in 2019.

As for the Election Commission, simultaneous elections are the most convenient and logical option. After all, the voters, the polling booths, the poll staff and security are all the same.

But cost and convenience cannot trump the Constitutional and political ramifications.

It is still unclear as to how it will work in case the Lok Sabha or a state assembly is prematurely dissolved? Will all state assemblies go to the polls again? Is it feasible or consistent with a democratic ethos?

Secondly, the argument that development work comes to a standstill doesn’t hold much water. After all, only new announcements are disallowed as they are tantamount to seducing the voters.

Frequent elections, on the other hand, have their set of pros as well — they ensure accountability as politicians have to show their faces to their voters repeatedly. Separate elections at the local, state and national level ensure that national and local issues aren’t mixed up, which is necessary in a democratic federalism. It gives space to regional parties to find their unique political voice. Frequent elections also create work opportunities. 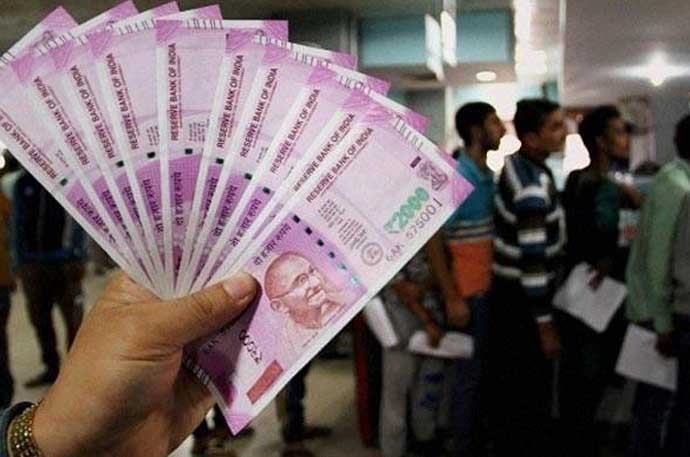 Show Us The Money: A cap should immediately be put on the funds being spent in elections. (Photo: India Today)

Till a consensus is formed across parties on this issue, could we not look at alternative routes?

The exorbitant cost of elections could be better tackled by putting a cap on expenditure by political parties. To deal with prolonged disruption of development activities, we could look at the possibility of reducing the poll period from 2-3 months to a single day poll in 33-35 days by making more central armed police forces available.

It is laudable that the PM has called for wider political deliberation on the issue rather than pushing it through. If no consensus is achieved, it is advisable not to tinker with the Constitution. Alternative proposals suggested above for cost reduction and minimising disruption may provide the solution.

Also read: The fight for democracy has just begun

Post your comment
#Cost of elections, #Election Commission, #One nation one vote
The views and opinions expressed in this article are those of the authors and do not necessarily reflect the official policy or position of DailyO.in or the India Today Group. The writers are solely responsible for any claims arising out of the contents of this article.