One year after Doklam standoff: Will Bhutan increase deployment to check activities of Chinese military?

China has always been jealous of India's special relation with Bhutan, which it claims as its 'vassal state'.

The Standing Committee on external affairs, headed by Shashi Tharoor, former minister of state, was recently in the news. After several hearings on the Doklam episode, some of its conclusions were leaked to the media. Of course, one could ask: Are the MPs not under oath when they get confidential briefings? But it is perhaps too much to expect from some of the people’s representatives. Remember, on June 16 last year, Indian and Chinese troops faced each other for 73 days after India decided to stop the construction of a road on Bhutanese territory, near the tri-junction between India, China and Bhutan.

According to PTI, though the Committee report “did not clarify whether the committee was favouring increasing the deployment of Indian troops in the region,” Delhi should encourage Thimphu to ensure a larger deployment of its soldiers in the Northern Doklam area “to check the activities of Chinese military in the sensitive region.”

The above recommendation raises the crucial issue of the relation of Bhutan and China.

In this context, it is interesting to look into the past.

In June 1955, RK Nehru was foreign secretary, when he decided to pay an official visit to Bhutan. At that time, to go to Bhutan, the easiest way was to cross through the Chumbi Valley (north of Doklam) in Tibet, before proceeding to Paro. After a stay of a few days in Yatung, the main village of the Chumbi Valley where India had an important Trade Agency, Nehru left for Bhutan on June 14; he returned on June 26 and again stayed a couple of days in Yatung.

In his report, the foreign secretary wrote: “My visit to Bhutan via Yatung had been notified to the Chinese. We were given to understand that I would receive all facilities and courtesies. I received all the facilities needed, but no special courtesies were shown.”

Why? China was simply jealous of India’s special relation with Bhutan. 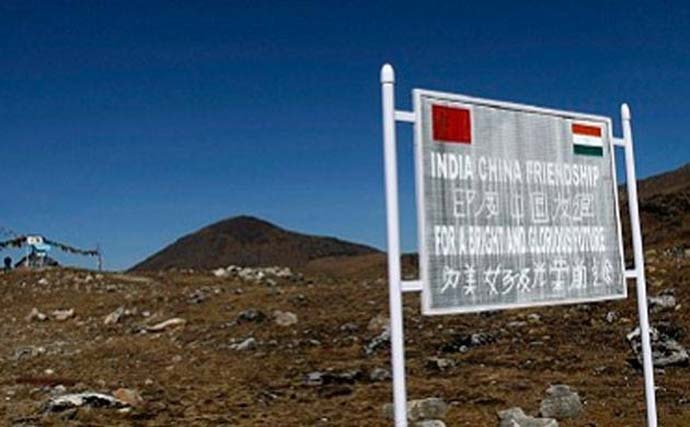 Nehru mentioned that South Block had notified Beijing about his visit: “but we were aware that they claim Bhutan as their vassal state. This claim was last made in 1910, but it has never been given up.”

The question may be different today, but the fact remains that the leadership in Beijing has always thought that it was natural for Bhutan to have ‘special’ relations with China. The then foreign secretary continued: “As recently as 1948, the claim was repeated. …The Chinese position in the past has been that we [India] cannot have special relations with Bhutan without their concurrence. I presume this is still their position, though it is not being asserted openly.”

Nehru admitted: “For all these reasons, they could have refused to give transit visas, but this would have led to a conflict. The alternative was to give visas, but to take no special notice of the visit. This is what they actually did.”

It was not the first time that China was trying to play the ‘Bhutan Card’.

In August 1950, the Indian Mission in Lhasa reported an encounter between Bhutan’s commercial agent in Lhasa and General Zhang Jingwu, Mao’s representative in Tibet, who had just arrived in Lhasa; it was the first meeting between the Chinese general and a foreign ‘diplomat’ posted in Tibet.

It was quite farcical.

The agent had to state his name, age and functions; then he was required to explain why restrictions were imposed on Tibetan traders entering Bhutan.

The agent had to explain to the tough general that his government had stationed five or six men along her frontier merely to prevent Tibetans from stealing mules from villages in Bhutan.

Let us remember that at that time, India was responsible for Bhutan’s foreign relations; China was deeply unhappy about this.

On October 1, 1950, on the first anniversary of the People’s Republic, the Chinese gave a party in Lhasa.

The PLA general constantly praised the Bhutanese Agent, even “styled Envoy of the Independent Asian State of Bhutan.” Sinha informed Delhi “through [the] questions put to the Agent, [it was as if] Bhutan had nothing in common with India. Bhutan was ‘coolly told’ that it would be invited to send a Mission to Peking next year.”

The Chinese were very much aware that the Dragon Kingdom’s diplomatic relations were taken care by Delhi, but it was clearly a calculated move to put Bhutan and India on the same diplomatic level.

Even the Tibetans were quite surprised about the “new status of Bhutan Agent and the fuss made of him.” Today like yesterday, though not ‘openly asserted’, the Chinese mindset remains the same; this partially explains why Beijing decided to start building a road near the tri-junction, without informing Thimphu or Delhi.

Beijing could not think that a ‘foreign’ country (India) would intervene and stop the work.

A few weeks ago, though Thimphu does not have formal diplomatic relations with its northern neighbour, Chinese vice foreign minister Kong Xuanyou spent three days in the Dragon Kingdom. It was the first high-level visit post-oklam.

Kong, accompanied by the Chinese ambassador to India, met Bhutan’s King Jigme Khesar Namgyel Wangchuck, Prime Minister Tshering Tobgay and foreign minister Damcho Dorji; they discussed ‘matters of mutual interest’, acknowledged Bhutan. Though Bhutan kept India ‘in the loop’ about Kong’s visit, there is no doubt that the Chinese pressure on Bhutan will increase in the coming months, especially as the parliamentary elections are coming soon in Bhutan. In these circumstances, it is unsure Bhutan will agree to increase its deployment in the Doklam area.

Post your comment
#Bhutan, #Foreign relations, #Doklam standoff, #China-bhutan
The views and opinions expressed in this article are those of the authors and do not necessarily reflect the official policy or position of DailyO.in or the India Today Group. The writers are solely responsible for any claims arising out of the contents of this article.