Why the Opposition needs more than just an anti-Modi agenda

The United Opposition rally was very vocal about the many ills of the Modi government but offered little on how to set things right.

The Opposition has realised that it must have a pro-people agenda before calling on the voters to oust the incumbent government. Getting rid of the Modi government cannot be the only agenda to approach the polls with. Diverse regional political parties need more common grounds than simply replacing the government.

The United Opposition rally in Kolkata was very vocal about the diverse ills, real or perceived of the Modi government but offered little on how they will go about setting things right.

Populist speeches insinuating the impending doom of democratic tradition and institutions are populist at best. They would get you rapturous applause but getting the confidence of the voters is a different kettle of tea altogether. The voter will want to know what the alliance has to offer. 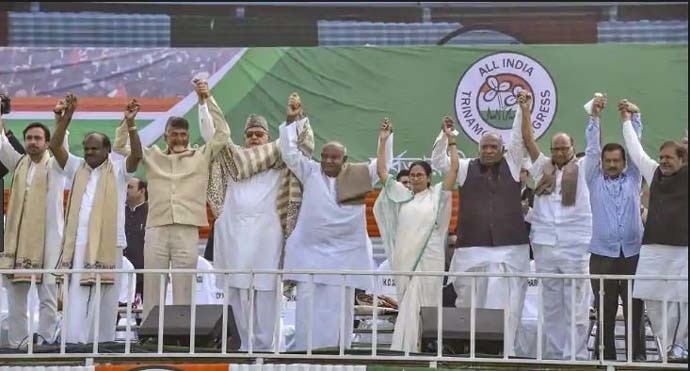 When the Opposition leaders united in Kolkata. (Photo: PTI)

Voters will also question the basic structure of the Opposition alliance and the role Congress party will play in their scheme of things. Voters would not have forgotten the fate of governments led by HD Deve Gowda and IK Gujral and the atmosphere of political uncertainty that followed. Even today visions of a non-Congress, non-BJP government at the centre does not raise much hope.

The stand of Congress is a bit of an enigma at this point in time. If the party is part of a proposed Opposition coalition why is it going it alone in Uttar Pradesh? Why it has unleashed the last possible personality in its arsenal – the affable and charismatic Priyanka Gandhi in the backyard of PM Modi and CM Yogi? 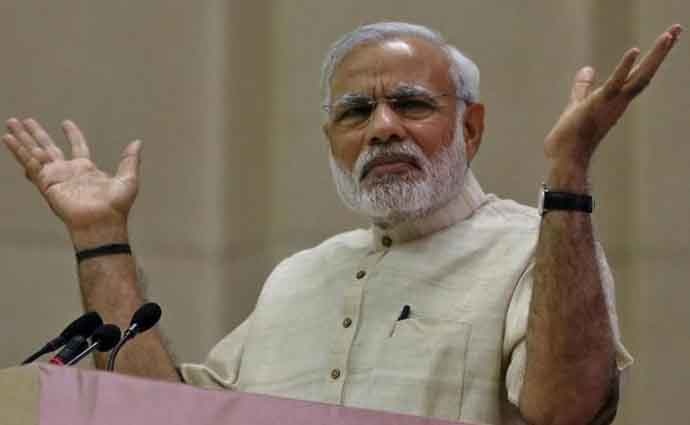 The Opposition must remember that apart from a political agenda there is a larger national agenda at stake. (Photo: PTI)

One thing is certain - the Opposition's strategy of deciding on a prime ministerial candidate post polls is just not going to work. Once the results are out there would be unprecedented chaos. Without a set and common agenda and a visible prime ministerial face, the proposed Opposition front would look like a political pressure group.

The Opposition must remember that apart from a political agenda there is a larger national agenda at stake. If you leave out the decision of demonetisation the government led by PM Modi has more or less stuck to the national agenda set by the previous Manmohan Singh government.

In its turn, the Manmohan Singh led government tried to take forward the agenda of the Vajpayee government. One can argue that these governments, including the present dispensation, may not have been able to fulfill all of the expectations and promises made when it came to power but nobody will say that the country is where it was in May 2014.

#Rahul Gandhi, #Mamata Banerjee, #TMC, #Modi
The views and opinions expressed in this article are those of the authors and do not necessarily reflect the official policy or position of DailyO.in or the India Today Group. The writers are solely responsible for any claims arising out of the contents of this article.