How AAP's oximeter campaign is ushering in a silent revolution

The campaign imbibes a philanthropic goal of saving lives from the death spiral of Covid-19. At another level, it is a masterstroke to escalate the party's presence nationally.

The nationwide oximeter campaign of the Aam Aadmi Party (AAP) is ushering a silent revolution in modelling a new variant of participatory democratic practice in India. The clarion call of CM Arvind Kejriwal on his birthday to donate oximeters to 30,000 villages has been well accepted within the ranks of the party. The core idea is to present a blueprint for containing the Covid-19 pandemic by testing the oxygen level in the blood of the patients. This was a major step to prevent the mortality of patients in home isolation by the AAP government in Delhi. The Delhi government provided oximeters to all patients recovering in home isolation so they could monitor their oxygen levels and get medical help in are they notice a sudden drop. For the past one month, the party volunteers have collected more than lakh oximeters that have been distributed across different states in the country. 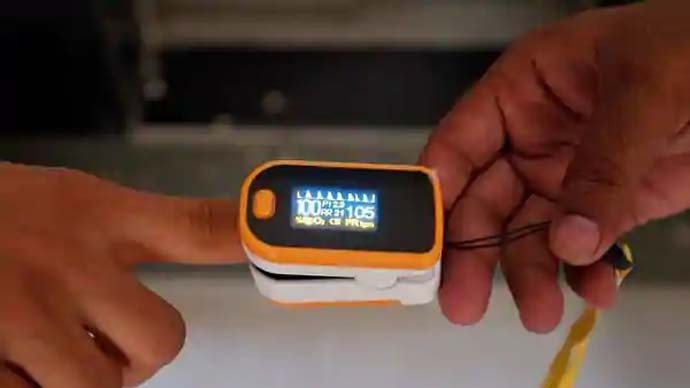 The nationwide oximeter campaign of the Aam Aadmi Party is ushering a silent revolution in modelling a new variant of participatory democratic practice in India. (Representative photo: Reuters)

There has been much debate around the oximeter campaign being a part of a larger electoral strategy of AAP. Has the context of Covid-19 pandemic been politicised for electoral gain? In Punjab, the Congress government has been particularly apprehensive about AAP volunteers distributing oximeters in the different districts of the state and has alleged it to be a ploy to woo voters in the context of the forthcoming assembly elections in 2022. The humanistic aspect of such a campaign which places its faith in the human agency to contribute to the welfare of humanity amidst a health crisis cannot be overlooked. Indeed it is a revelation of a charter for an alternative social order where every human life is equally valued.

This expedition has found popularity in far-flung corners of the country like Ladakh, Karnataka, Maharashtra, Goa, Bihar, Uttar Pradesh, Jharkhand, Assam and others. Door to door health check-up along with Covid-19 awareness program by trained volunteers called Oximitras and establishing Oxijaanch Kendra are the key features of the scheme. It is a grand design to penetrate the rural hinterland and mobilise the community through social solidarity in the context of the pandemic. The ‘new change agents’ namely, the volunteers from Delhi and the respective states, are actively participating to cultivate the triumph of the human spirit in this global pandemic. It is an experiment to bridge the gap in our ill-equipped health system to tackle the exigencies of the pandemic. In many ways, it will mainstream the comparative advantage of the Delhi model of Covid-19 containment to a larger population of other states. That would indeed be the unfolding of a constructive narrative of nation-building.

The novelty of the campaign lies in its conceptual reference of ‘who is mobilised, for what purpose, when and how’. Primarily, it imbibes a philanthropic goal of saving lives from the death spiral of Covid-19 and at another level, it is a masterstroke to escalate its party presence nationally. It is a strategic redrawing of the contours of socio-political mobilisation of masses. It is an initiative to reinvent the 'opportunity structure' of the organisational needs of the party to gain political dividend. Starting from the scratch and evolving an organisation matrix has been the forte of AAP, which graduated from a movement to a political party. Strengthening the social capital networks, the party seeks to channelise new sources of support from a prospective electorate. Alliance building within rural communities in villages is critical for redistribution of social and economic power. Local elites can assist in building the political entrepreneurship at the grassroots level to participate in decision-making.

The AAP is optimistic about the transformative potential of such a campaign which will cut across regional and caste axes of power and conform to more empathetic citizenship premised on joint volition. Clearly, the mood is to capture the collective imaginaries of a responsive and responsible government that galvanises civic engagement. The easy access to political representatives and the direct linkage between the public and the state has been the trump card for the AAP government in Delhi. The regional ingress will be a lucrative political opportunity to showcase its milestones in education, health systems and governance and strengthen its footing in new terrains.

The gains from the campaign will yield social profit only if AAP is able to meaningfully engage with both the state and the civil society in diverse cultures of different states. Regions are relatively permeable, socially constructed, politically mediated and actively performed institutional accomplishments. Only when regional aspirations are syncretised into a preponderant narrative of nation-building, AAP will emerge as a reckoning force riding on the trust deficit to win electoral outcome. The interpolation of politics with ethics, inclusion of the idea of “we-ness” in everyday negotiations, conscious intention and voluntary cooperation may inaugurate a new era of transformative politics.