Padmaavat was an excuse, for Rajput Karni Sena it's about caste

A lot has already been written about Padmaavat, the film by Sanjay Leela Bhansali that’s based on medieval poet Malik Muhammad Jayasi’s Awadhi epic of the same name. It was made as Padmavati. Producers have gone out of their way proclaiming the film was “pure fiction”. The Karni Sena continues claiming it distorts history. While the rest of the country wonders what’s the brouhaha about since hardly anybody has seen the film (it will hit the theatres on January 25 – finally).

While media is finding heroes and villains of this drama outside cinema, let us address the real issue at the heart of it all: caste angst. At the root of this drama turning violent is the identity crisis of a caste group nursing a deep sense of perceived injustice. While the urban elite rubbishes their claims on Padmini half-sightedly citing history books, their resolve to assert their folklore grows stronger.

The all too prevalent anti-Muslim hatred is only adding fuel to the fire. Opportunist Hindutva outfits have joined the bandwagon because it’s one more chance to bash Muslims. Even after learning that the film only eulogises Rajputs, Karni Sena is refusing to back down. Because it was never about the film to begin with. It was about the state of their community and a perceived sense of injustice. Behind the war cry is actually a cry for attention. Karni Mata is the “kuldevi” or clan goddess of the Rathores. There are 36 such clans and they all have different kuldevis. So why have the Rajputs come together to rally behind an outfit named after the kuldevi of just one clan? How did the Rajputs of Bihar, who had not even heard of the Karni Sena before the Padmaavat/Padmavati furore, go out and vandalise a multiplex?

The answer: identity politics. This was a chance to display their unity, to be seen as a bloc. Padmaavat provided them an opportunity to vent their angst, bottled for long. Different caste groups have done that. Gurjars had their turn when they fought for a quota in Rajasthan, led by Kirori Singh Bainsla, a former colonel of the Indian Army. They blocked Delhi from three sides and forced the government to bend over backwards to appease them.

Jats, the dominant caste group in Haryana, had their round of venting too. A quota in jobs was their demand. They pushed hard and the state pushed back in turn. That did not end well. A lot of violence, arson and police firing followed and both the sides, the Jats and the state, eventually retreated. The quota is still in question.

Patels have had a tumultuous year in Gujarat. Roads blocked, markets shut and young lives lost in police firing. Patidars had their revenge by forcing BJP into a corner. The BJP returned to power but the margin this time was thin. Patidars did not get reservation, they, however, got a new leader, Hardik Patel. Marathas in Maharashtra have seen a similar rising.

The Rajputs got the opportunity on a platter called Padmavati. They had the primetime attention and airtime. Their not-so-articulate representatives get humiliated on TV and news anchors beat their chest in victory, but the truth is this only makes the Rajputs more belligerent. And their belief that they are misfits in this new India.

TV anchors are happy calling them cowards. They are happy being on TV, however uncouth and unclear they may sound. They belong to two different worlds.

What they are not is Rajput “leaders”. They have used the opportunity to become leaders. Padmaavat has provided them that lucky break. Lokendra Singh Kalvi is a failed politician-son of a successful Congress politician. Today, everybody knows Lokendra. So are the numerous small-time leaders like Suraj Pal Amu and Abhishek Som. If declaring a bounty on Bhansali’s head earned them TV screen time, they are ready to outdo each other in sheer outrageousness.

Padmaavat is just the excuse. Being Rajputs and boxed in the forward caste category, they haven’t managed to push for a quota in government jobs. They do not qualify for state benevolence even if they are economically backward. Note that not all Rajputs were royals. Outside the king’s immediate family, Rajputs lived like the commoners. They just had the privilege of being called Rajputs as they fought for the kings and often died fighting. Some of them still prefer joining the Army and the rest till their lands.

When you’re accustomed to privilege, equality feels like oppression.

With democracy finding deep roots, the royal tag withered. They wouldn’t do certain jobs because of caste ego. They had to compete like everyone else. Most do. But jobs are scarce. Skills scarcer. As with Patels, Jats or Gurjars, most of the Rajput youths face a bleak future. As governments distribute benefits based on caste, they want a share in that pie that gets smaller by the day. They increasingly believe that they are victims of the caste system, forgetting that all the past privileges were benefits of the same caste system. 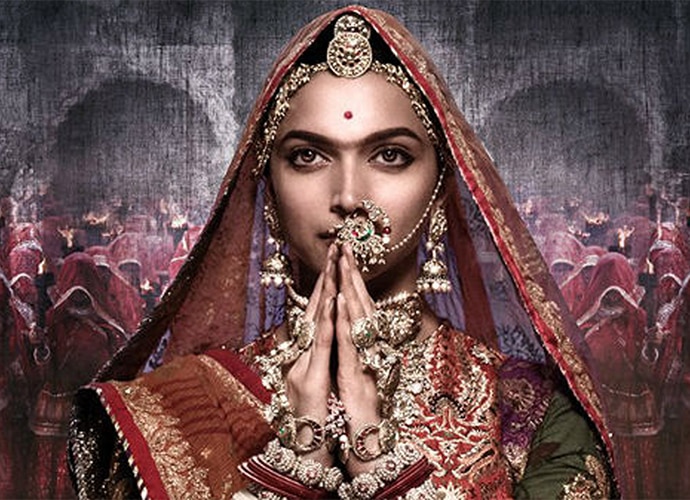 Moreover, many are not equipped to compete as they find the playing field is not level. People in urban areas have an upper hand in new India. English language skills is just one of the factors giving the city-slickers an edge. As the Rajputs toil in farm tracts that get smaller by the generation, they see other industrious communities leaping ahead of them.

With their present tense, and future looking bleaker by the day, the past is all they have to take pride in. The stories of riches, the lores of valour and glorious achhe din that were is their trigger system. Any slight on their past will be met with anger. Karni Sena did just that. It presented Bhansali’s film as an attack on their past, all that is sacred. Lo and behold. It takes very little time, in this country, for professional louts to take over an agitation. For the state, it takes a long time to get cracking.

India has a problem. The much-touted demographic dividend is fast turning into what can be called demographic liability. We have a youth explosion and the promised jobs are nowhere to be seen. They are angry and that anger may manifest in various ways. Rajputs have found Padmaavat to be a convenient handle to ring the alarm bells.

What must worry all Indians is that the government is in turn finding its own handy way to tackle an inconvenient problem. “Let them vent” has become an accepted response on the part of the State. Former Prime Minister PV Narasimha Rao is alleged to have once said that taking no decision is itself a decision. His Let Them Vent resulted in the destruction of Babri Masjid.

We have seen this template get repeated in state after state. The administration allows protesters to vent their anger in the hope that they will eventually temper down. This has taken tragic turns. Gujarat riots happened because people aggrieved with Godhra train attack were allowed to vent. Over 30 young men died in Haryana because the ML Khattar government allowed Jat youths to let the steam out for weeks.

Looking at recent history of protests, one realises the governments are no longer nipping a problem in the bud. On the contrary, the problem is allowed to fester till it goes out of control.

It has happened this time too. Once again, it’s not going to end well.