China backed the move to put Islamabad on the grey list only because of self interest.

A meeting of the Financial Action Task Force (FATF) that was held in Paris concluded on February 23. During a plenary session of the FATF meet it was decided that Pakistan should be put on the "grey list" again to keep a watch on the rogue nation for not complying with the norms to check financing of terrorism. Over the next four months, Pakistan is expected to comply with certain stipulated conditions failing which it will find mention in FATF's formal statement.

The neighbouring country was on the watch-list between 2012 and 2015 but only for money laundering. This time, however, Pakistan will be monitored for its compliance with anti-money laundering and Combating Finance of Terrorism regulations.

FATF is an inter-governmental body established in 1989. Its objectives are to set standards and promote effective implementation of legal, regulatory and operational measures for combating money laundering, terrorism financing and other threats to the international financial system.

The Unites States worked behind the scenes during the Paris meet to ensure action against Islamabad, which Washington believes has not kept its promises on combating terrorism. All 39 member countries of FATF, barring Turkey, supported the US proposal against Pakistan. Even Pakistan's allies - China and Saudi Arabia - withdrew their objection to the move for punitive action.

The United States has foolishly given Pakistan more than 33 billion dollars in aid over the last 15 years, and they have given us nothing but lies & deceit, thinking of our leaders as fools. They give safe haven to the terrorists we hunt in Afghanistan, with little help. No more!

The decision at FATF has sent out an encouraging signal. The message that had gone out it that even if some countries do not see eye to eye on certain issues, combating terrorism was a common cause.

This is the first time that China has supported India's stand and not backed Pakistan at a global anti-terror forum, thus landing a crippling blow to Islamabad's financial credentials. India is high on hope after China isolated Pakistan on the issue of terrorism.

However, India does not need to be over ecstatic about the development. The reason is simple. China's stand at the FATF meet was backed by its own considerations. Remember, China is itself a victim of terrorism in the Xinjiang province. Today, if China doesn't join the global fight against terror, it may find itself isolated in tackling the menace on its own territory in the future. 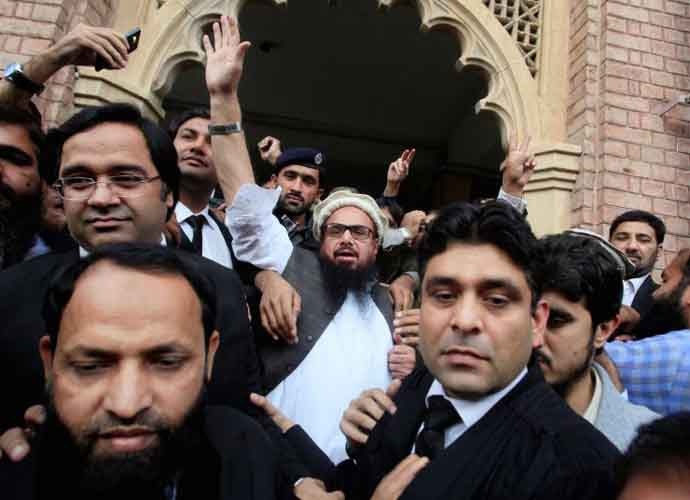 Also, China's brotherly love for Pakistan hasn't waned. The signs of this love are not just reflected in the Chinese investments in the China-Pakistan Economic Corridor and the One Belt One Road Initiative. It goes much beyond that.

Being on the grey list would mean that Pakistan's transactions are closely monitored. This would further cripple the country's economy as companies across the world would hesitate from doing business with Pakistan. The International Monetary Fund and the World Bank too would avoid giving loans to Pakistan.

In January, US President Donald Trump publicly raised concerns over Pakistan's reliability and integrity. His first tweet of 2018 put Islamabad in the cross hairs for its "lies and deceit". And on January 8, the US suspended $1 billion security assistance to Pakistan over what it saw as a failure by the Pakistani government to adequately clamp down on terror groups within its borders.

Every time pressure to act against terror is increased, Pakistan tries to rein in on terrorist organisations operating along its borders with Afghanistan, but it continues to target India. This pressure on Pakistan should continue till it changes its attitude and stop providing safe heavens to terrorists on its soil uniformly.

#China, #Terror financing, #FATF, #Pakistan
The views and opinions expressed in this article are those of the authors and do not necessarily reflect the official policy or position of DailyO.in or the India Today Group. The writers are solely responsible for any claims arising out of the contents of this article.