Call the suicide attackers what they are - hashishins and not fidayeens.

I and a number of security analysts have been guilty of falling for Pakistan’s carefully crafted propaganda. We have been gullible enough to call attackers who struck an Army camp near Kupwara on April 27, 2017, as fidayeen.

This description is exactly what terrorist groups like Lashkar-e-Tayyeba (LeT) want us to use. And there is a historical backdrop to this fight for influencing strategic communications in this regard. It is time we understood it and learnt from history, lest we fall for the narrative propped by terrorists.

In 11th century Iran, atop the mountainous areas of Alborz, missionary Hassan-i-Sabbah challenged the authority of the state through a series of assassinations undertaken by a select group of faithfuls, brainwashed to accomplish the task with clinical precision. The group was termed fida’is, or fidayeen.

This group was exploited under the effect of hashish and promised heavenly pleasures. A glimpse of the same would be given, only to be withdrawn on the promise of similar eternal bliss. The drug-induced killers, instead of being seen as suicide attackers, were termed fidayeens.

Suicide is considered a sin in Islam, as is the case with most Abrahamic religions. Religious fanatics misled the attackers by describing them as soldiers in the service of God. They were trained to undertake suicidal attacks against important personalities with knives in pursuit of the diktats of their leader.

The adversaries of these killers instead termed them as hashishins, on the basis of their mental condition when they undertook deadly attacks. This also became the genesis of "assassins", the word commonly used for such attackers.

The insistence of terrorist groups like LeT to call their terrorists fidayeen is unsurprisingly part of a similar attempt at providing an honourable tag to terrorists who operate as suicide attackers.

Adrian Levy and Cathy Scott-Clark write that Qahafa and his trainers, who were responsible for preparing the 26/11 attackers, continuously distinguished between fidayeen and suicide missions. The latter was considered unthinkable.

"Suicide is to kill oneself in desperation after one fails to achieve that goal which has been set," Ajmal Qasab, the villain of the 26/11 attack in Mumbai was told. A fidayeen squad "died trying to achieve a virtuous goal". They fought to attain victory, and in their death as well was the achievement of victory. 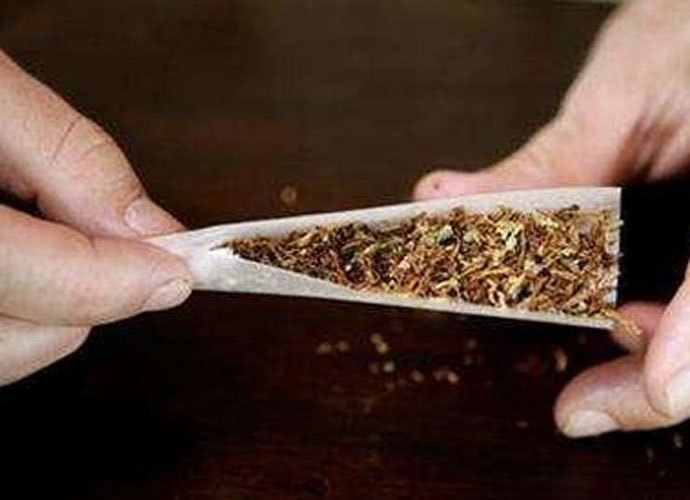 There is adequate evidence to suggest that terrorist groups operating from Pakistan are in part funded by drugs, extracted from the AfPak region. Photo: Reuters

If the use of the term fidayeen is part of strategic communications and psychological warfare of terror states like Pakistan and their client terrorist groups like the LeT, then it is important to call the terrorists for what they are and what they stand for.

There is adequate evidence to suggest that terrorist groups operating from Pakistan are in part funded by drugs, extracted from the AfPak region, under the control of terrorist groups and their masters like the ISI.

There is also proof of terrorists undertaking suicidal missions under the influence of drugs. There have further been cases wherein drugs have been found on their person.

The terrorists fighting in J&K are paid for the violent tasks they undertake, including bonuses for striking against senior security forces commanders. Their families are compensated and monetarily looked after as well. This is a description that best describes mercenaries and not jihadis or mujahideen as they are touted to be.

Pakistan and ISI-bred terrorist groups have carefully orchestrated a narrative to consistently find brainwashed recruits. They are fed contrived religious interpretations and the benefits of drug-induced or drug-generated money.

There has also been an attempt to create an irrepressible and indefatigable quality around these terrorists through half-truths and plain lies. However, the reality is that they are nothing more than brainwashed cadres who, guided, controlled and supported by the Pakistan army, have exploited weaknesses carefully observed by the professional assessment of an inimical state.

Just as they have been successful in a number of cases to cause casualties, they have also been neutralised when security forces have countered them through drills and procedures that outwitted them at their own game.

Unlike the mythical narratives circulated to gullible consumers through social media, the very same hashishin have also surrendered rather than fighting till their death, as was the case with Qasab.

Given this reality, the world at large, which has adopted a liberal order supported by democratic and pluralistic principles, must reject the propaganda of terror states like Pakistan and their clients like LeT and JeM.

The term fidayeen must be countered by the reality of suicide attackers who are best described as hashishins.

Also read: Why Pakistan fails to eliminate terrorism in its backyard

#LeT, #Terrorism, #Fidayeen, #Pakistan
The views and opinions expressed in this article are those of the authors and do not necessarily reflect the official policy or position of DailyO.in or the India Today Group. The writers are solely responsible for any claims arising out of the contents of this article.