Hafiz Saeed, In and Out: The terrorist's detention was perhaps the shortest ever. But we know why

Taken into custody on July 17, reportedly set free on August 7, Hafiz Saeed's arrest is clearly the biggest eyewash Pakistan is trying to sell the world.

Wow, that was quick.

Arrested on July 17, just prior to Pakistan Prime Minister Imran Khan's US trip, Hafeez Saeed was reportedly released by a Gujranwala court early on Wednesday, August 7. This was probably his shortest 'detention'. There were reports that his case has been 'shifted' to Gujrat and his trial would continue there.

Well, we all know too well what connotations words like 'arresting', 'detaining', 'taken into custody' have vis-a-vis Hafiz Muhammad Saeed.

In July, he was arrested in connection with a terrorism financing case and an elated President Donald Trump hailed Pakistan for 'sniffing' out the Jamaat-ud-Dawa (JuD) chief, after a 'protracted' search.

India and the world know this ruse only too well.

To borrow Taha Siddiqui's words, “Arrest. Free. Repeat” has been Pakistan's policy on Hafiz Saeed since 2001.

Sadly, Washington's desperation over trying to get out of Afghanistan — somehow and quickly — and trying to enlist Pakistan's involvement to make this possible has apparently blinded President Trump to the 'Sunday dressing and behaviour' Pakistani leadership portray when cosying up to world powers. Step back for a moment — the Taliban is a creation of Pakistan! Why will it think about dismantling it? It will have everything once the US pulls out of Afghanistan — a move that is looking more imminent by the day.

Look what happened here; as soon as the International Monetary Fund's (IMF) bailout package was 'achieved', Pakistan went back to showing its true colours. It has been trying to provoke India, just before Khan's visit to Washington, to somehow ensure US involvement in Kashmir. In their world view, General Qamar Javed Bajwa and the Pakistani PM have linked helping out the US in Afghanistan to the US pressuring India to at least reopening negotiations on Kashmir.

There have been at least eight cross-border Border Action Team (BAT) raids in July-August alone — those too in sectors that were not the usual flashpoints. The neighbour has also refused to take back the bodies of their own soldiers. There is probably no honour left in dying for Pakistan anymore. For a nation that refuses to acknowledge its martyrs, what can the common Kashmiri expect?

Hundreds of ceasefire violations have targeted Indian outposts and villages. Almost the entire border has lighted up, prompting a response from India. There have been reports of new terror launch pads being set up across the border. These were shifted post-Balakot air-strike. Currently, IMF largesse has been secured and the Financial Action Task Force (FATF) review is some time away — so, 'normal services' have been restored. 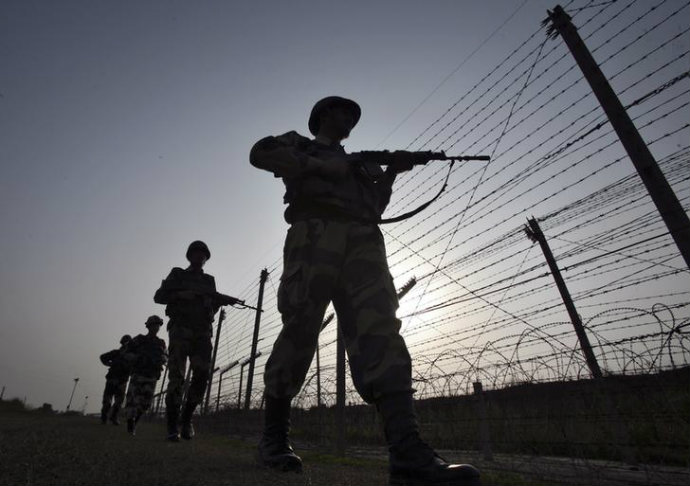 Indian intelligence agencies have information that Pakistan would push in Hizb-ul-Tahrir and Lashkar-e-Taiba men in the garb of Islamic State fighters, into Kashmir. That would be a way to somehow sidetrack FATF scrutiny. Pakistan does not really care about the world's view though — its only problem is its tottering economy. As and when it collapses, even the generals know the cash would stop flowing and managing the now-pliant Mujahideen will turn tricky.

Imran Khan's agitation over the abrogation of parts of Article 370 is visible. Kashmir would no longer automatically be on agenda in India-Pakistan interactions. Besides, Pakistan Occupied Kashmir (PoK) residents would be left wondering what could have been, and Muzaffarabad is not a place where Pakistan wants turmoil. That a prominent PoK leader — of course, in exile — Dr Senge Sering hailed the move in a series of tweets must have set the alarm bells ringing.

I extend heartiest congratulations to the Prime Minister of India Shri Narendra @narendramodi ji and the Home Minister Shri @AmitShah Ji for granting #unionterritory status to our beloved #Ladakh. May the people of Ladakh prosper May India prosper Jai Hind

The world knows what it needs to do, where it needs to look, but there are geopolitical considerations. Someday though, it will realise that terrorism is not a standalone phenomenon — it needs active nurturing and financing to grow.

Unless it finds that 'immortal head of the hydra', the world would bleed.

Also read: No, Pakistan! Hafiz Saeed’s arrest is eyewash that is fooling no one

#Donald trump meeting imran khan, #Narendra Modi, #Hafiz saeed arrested, #Hafiz saeed released
The views and opinions expressed in this article are those of the authors and do not necessarily reflect the official policy or position of DailyO.in or the India Today Group. The writers are solely responsible for any claims arising out of the contents of this article.