They were Mirages. And they were real

India has finally responded with appropriate strength to Pakistan’s misdemeanours. It now must take the following steps too

It is still early days to predict what will happen now, in the next few days or weeks, despite Imran Khan's carefully edited machismo on TV. Real wars are fought on the ground, not in TV studios. Narendra Modi has been as good as his word. If Pakistan's generals do retaliate, we are looking at escalation.

India has taken on the Pakistani deep state — and how. (Photo: Reuters/AP)

One can be certain that the Indian security apparatus must have weighed all the consequences of a punitive strike as the one carried out by the IAF on February 26.

Maybe the Pakistani deep state miscalculated when it allowed the terror strike in Pulwama.

The Pakistanis miscalculated the punishment they'd get for Pulwama. (Photo: Reuters/India Today)

One wonders how major global and regional powers will react to this new-found Indian determination to hit back against repeated Pakistani provocation.

In December 2001, after the attack on the Indian Parliament, political leaders from major western countries including the US rushed to New Delhi, pleading for Indian restraint in return for an assurance that Pakistan will be asked to control terrorism. Instead, General Musharraf delivered an ambivalent statement on January 12, 2002 — and followed it up with a terror attack in Kalu Chak. India mobilised its army on our western border and we went into a period of coercive diplomacy. The world asked us to believe Pakistan in 2002. The result was General Musharraf displaying the usual duplicity. (Photo: Reuters)

Soon, perhaps too soon, we were back to diplomacy — which had limited success till its collapse in November 2008. It remains to be seen if our friends among the major powers, especially China, whose advice Pakistan takes as gospel, will send their representatives to Rawalpindi to say that the Indians are justifiably angry and have reacted to the dire provocation from Pakistan. Any armed or military reaction from Pakistan would be courting disaster and be seen as defending a universally outlawed terror outfit.

What has happened in Balakot is a punitive strike against known camps of terrorists — especially Jaish-e-Mohammed. Indian security planners must have factored in possible Pakistani reactions of the kind they would have done after the Uri strike in September 2016. No one would have seriously discarded Imran Khan's threat as empty rhetoric — immediately after the attack in Pulwama, Pakistani soldiers had been sent to various JeM madrassas and training centres in Bahawalpur for their protection. Instead, the Indian reaction was at some distance in Balakot. Since Pakistan is bristling with terrorist camps and terrorists, how many troops will it deploy to protect these camps and their inmates all over the country? He can run. But until where? And when? (Photo: Reuters)

All along, Pakistan has assumed that India will only threaten about not tolerating terror attacks in the future and revert to diplomacy after some time. It has seen terror as a useful foreign policy option — if not to wrest Kashmir from India, then at least to try and keep India from becoming a major power. For years, I have been saying in my writings that other countries will react depending on how they see us protecting our national interests — if they see our reactions as weak or easily conciliatory, they will react accordingly and make the customary statements. Only if we react with firmness and vigour will we be taken seriously by the rest of the world. There may not be public accolades — but there will be an acknowledgement that we mean business

The last time I made this point, that we have to be aggressive, was in Hyderabad (February 17, 2019) and then in Bengaluru (February 23). Balakot is, in that sense, a positive step forward. Deterrence, as a friend observed recently, is like justice — it has to be seen and not just done.

All this will not bring terrorism to an end.

Terrorism is like crime; we can have all the laws and all the security measures — but there will be slippages. Terrorism has to be managed and minimised. Attacks will happen again chiefly because it is in the nature of the Pakistani state, where delinquency with its neighbours Afghanistan, Iran and India, is now its DNA.

Meanwhile, there are steps the Indian state must take.

The first immediate step is to ensure hoodlums do not take over the street and translate anger and patriotism to attacks on innocent Kashmiris and Muslims. This will lead to permanent damage to our national fibre. This is what Pakistan hopes will happen. Therefore, the Prime Minister and his cabinet must personally ensure that motor-mouths in their party are made to keep quiet and others are curbed with a heavy hand. Patriotism or nationalism are not the prerogative of any one religion or community — besides, it would be utter folly to convert our present advantage into a disadvantage.

The second step, of ignoring Pakistan, has already begun. This must be in totality — and not with the usual provisos and exceptions. This means no visas across the board, travel advisories to Indians, no trade, sports and cultural exchanges. We have already taken steps to utilise waters from the three lower rivers in accordance with the Indus Waters Treaty by commencing construction of three dams to divert additional rainwater to Punjab and J&K. Work on Shahpur Kandi dam has already begun following the Uri attack in 2016. It's time India stopped the flow of human kindness to Pakistan until our neighbour shows normal behaviour. (Photo: PTI)

Humanitarian acts must regrettably take a back seat when national security interests are involved. This must continue until Pakistan learns to behave like a normal neighbour.

Since this war (in reality, this is what it has been since 1947) is going to last a while, we need to seriously think long-term about a two-front defence. All skills, equipment and technology for the armed forces, paramilitaries and intelligence have to be upgraded. This preparation and acquisition will have to be sustained across political barriers. Anything less will help the adversary — and it is indeed unfortunate that some politicians fail to understand this when they try to undermine the Rafale deal hoping for political gains.

The war is going to be long, but if Pakistan changes its mind and talks peace, it must show intent. It must call off its jihadi hordes and dismantle the terror apparatus. Having done that, if it still wants to talk about Kashmiri human rights, then we must talk of the Pashtun and Baloch human rights. 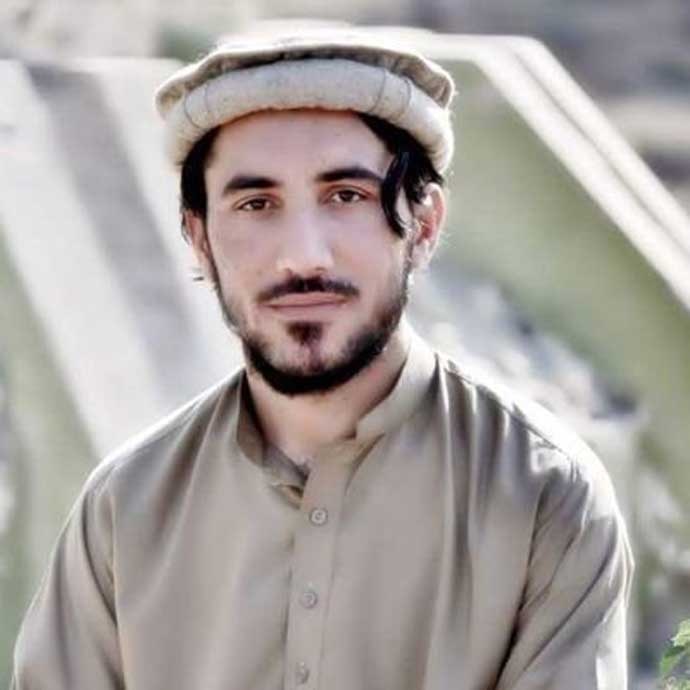 Pakistan must stop worrying about our Kashmir and think about their Pashtuns. (Photo: Reuters)

The citizen and the media would understand that this long war requires their support, not just unending inquests. Terrorism is particularly ugly — and any sympathy to terrorist only helps terrorism, heightens fear and delays success. A disciplined and responsive citizenry reduces cost of and to internal security.

Finally, there should be some fact finding about Pulwama — not for retribution but for the correction of mistakes for the future.

Post your comment
#Maulana masood azhar, #Kashmir, #Iaf surgical strike 2.0, #Pakistan
The views and opinions expressed in this article are those of the authors and do not necessarily reflect the official policy or position of DailyO.in or the India Today Group. The writers are solely responsible for any claims arising out of the contents of this article.