The killing of journalism student has exposed Islamabad's claims of protecting its minorities.

Pakistan PM Nawaz Sharif's claims that all faith enjoy equal rights under the constitution in the country fell flat when a 23-year-old student, Mashal Khan, was lynched by a frenzied mob inside the campus of Abdul Wali Khan University in Khyber Pakhtunwa (KP) province last week over allegations of having spoken in favour of the Ahmadi sect. He was also accused of posting blasphemous content on social media.

The attack was most inhuman as the perpetrators kept on kicking the lifeless body displaying high level of intolerance and brutality. Before he was shot, the deceased was forced to recite Quranic verses and allegedly made to hurl abuses on the Ahmadi sect. This sensational killing and its rippling effects have exposed Pakistan's claims of protecting its minorities. It's also evident that there are visible signs of state's complicity in such hate killings. 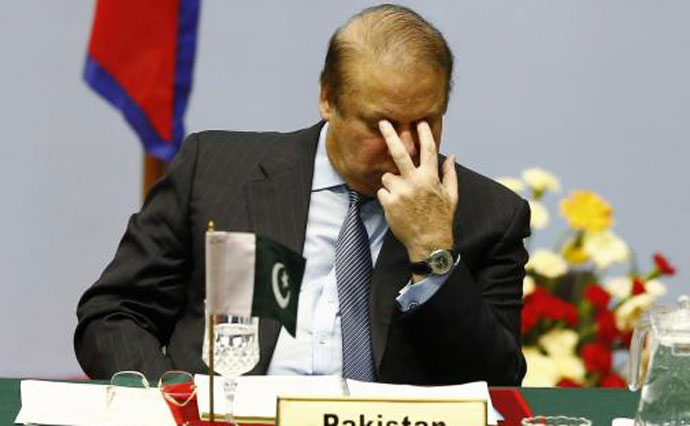 Earlier, a new wave of persecution and killings of the Ahmadis came to the fore after an Islamabad High Court judge, Shaukat Siddiqui, known to be a "sworn bigot and hate monger", took a position on religious matters of an individual. The religious extremism penetrating into the judiciary, is a disturbing development, diminishing all chances of ensuring minority security.

It will also be pertinent to point out that Siddiqui is the same judge who had allegedly described constable Mumtaz Qadri as Ghazi (hero and holy warrior for upholding the teachings of Islam). And significantly, it may be recalled that Mumtaz Qadri had assassinated his minister Salmaan Taseer whom, as his bodyguard, he was supposed to protect.

You made a mother go through this. God's watching and he's gonna come for you.#MASHAL pic.twitter.com/ne9ilkejmx

It's unthinkable that a sitting judge would label a killer a hero and a martyr (Quadri was later executed). Sadly, the judiciary in Pakistan has not been able to keep itself away from the profound impact of growing extremism in Pakistan. Human rights watchers recommend a foolproof system in place to check and occasionally scrutinise the fairness of the justice system so that it does not stay unbridled and continues to award sentences with unbiased justice.

In the absence of any monitoring, Siddiqui continues to try cases of alleged blasphemy and he is directing the authorities to ban the accused persons accounts on Facebook, Twitter and internet confirming the extent of intolerance Pakistan is reeling under.

Ahmadis remain harassed and ostracised in a Pakistani society and continue to suffer humiliation and intimidation at the hands of the religious extremists. Emboldened by the indifference of the establishment and also on part of the majority, several members of the Ahmadi community were gunned down in the recent past.

A prominent member of the sect and lawyer of repute, Malik Saleem Latif, was shot dead in Nankana Sahib on Mrach 30. And soon after, a 68-year-old social activist Ashfaq Ahmed was killed in Lahore on April 7.

The atrocities don't end here. Minorities are gripped with fear and uncertainty and there are no evident signs of any let-up at least in the near future.

Against this backdrop, it does not augur well for the Pakistani polity or its intelligence and security agencies to point fingers at India for its alleged high-handedness in Kashmir. It's sustained propaganda blitz against India merits natural death as atrocities in Pakistan's own backyard deserve to be highlighted and exposed before the international community and human rights groups to arrest the growing trend of continued oppressions perpetrated on the minority community.

Also read: Kashmir, China and Pakistan: What India must do to avert a three-way disaster

Post your comment
#Human Rights, #Nawaz Sharif, #Blasphemy, #Pakistan
The views and opinions expressed in this article are those of the authors and do not necessarily reflect the official policy or position of DailyO.in or the India Today Group. The writers are solely responsible for any claims arising out of the contents of this article.