Even as Pakistan's economy collapses and cuts are made in sectors like education, the govt is apparently happy to spend millions on plush carpets and parrot cages for its leaders' homes.

It was quite shocking for me to recently see irony dying a thousand deaths as I read the sentence mentioned at the very top of recent tender notices issued by the Capital Development Authority, Islamabad.

It invited contractors to submit proposals for the construction of “New Cages for Parrots at the Zoo of Aiwan-Sadr (the President House)” which would cost Rs 1.94 million and for the procurement of “Terracotta Pots and Matqa Pots for Nursery” and different “Indoor/Ornamental Plants and Morpankh Plants” for the President House — which would cost the national exchequer a whopping Rs 17.8 million and Rs 13.01 million respectively!

It was something like this — Pay your property tax and water bills properly; help us serve you better. Help me serve me better: The gap between Imran Khan's promises and Budget allocations is shocking. (Photo: Reuters)

But I think that the CDA should consider replacing it in upcoming notices with the following line — Pay your property tax and water bills properly; help us enjoy a posh life.

Whether it is Pakistan's Prime Minister Imran Khan, or the President, or the ministers of the Prime Minister’s cabinet (having 40% unelected members) — there are a few characteristics they have in common: shamelessness, incompetence and ignorance.

When he was asked by an anchor in an interview about the matter, Alvi responded that he was totally unaware of the cost.

In case of the above-mentioned tender notices, he claimed that the tender had been released without obtaining approval from the competent authority and when he came to know about the matter, he immediately took action and withdrew them. The President of a nuclear power state is unaware of what is happening in the President House!

You lied in your election manifesto, Prime Minister Khan

According to Imran Khan’s Pakistan Tehreek-e-Insaaf Party 2018 election manifesto, “Pakistan’s National Curriculum has not been reviewed or updated in the past 12 years, and no national consensus on the medium of instruction and teaching of languages exists. The education budget allocation remains well below the prescribed 4% of the GDP and poor education planning results in supply and demand mismatches.  Nearly 22.5 million children are out of school in Pakistan and the ones who are not learning commensurate to their age or grade. The public school delivery system is under-resourced and has capacity constraints. At the higher education level, research volume and quality is limited, and university administration continues to be highly politicized.”

Unfortunately, for the upcoming fiscal year, 2019-2020, this government has allocated just Rs 77 billion on education affairs and services — which is 20% less than the amount spent in the outgoing fiscal year. Also, it is worth noting that the Higher Education Commission will receive Rs 29 billion — which is 19% less than the previous year’s allocation.

It was quite easy for the incompetent Imran Khan to make tall promises in his election manifesto and during the election campaign as far as education is concerned, but reality is far from his lies.

Supporters of Pakistan Tehreek-e-Insaaf (PTI) will try to hide behind the 18th Constitutional Amendment which gives provinces the authority to allocate on education from the revenue share they receive in the national budget. To all of them, I would simply say that the PTI is in power in three out of four provinces of Pakistan.

This year, the Punjab government (where PTI is in power) has allocated Rs 46.9 billion on development budget for education.

When employers don’t trust 78% of your fresh graduates but still, education is not a priority

I want to ask the minister of higher education of Punjab, Raja Yasir Humayun, if he has forgotten what he said during the launch ceremony of Graduate Employability: Employers’ Perception Survey Report 2018.

These were his exact words: 'If we ask a graduate to write a single page on any topic, believe me, he or she cannot even do that. We have reached a point where we must sit and think about what is being taught at universities and the education being imparted.'

The report found that 78% of employers are not satisfied with the quality of fresh graduates — but despite this, they still reduced the education development budget of Punjab by 43%!

According to the Annual Status of Education Report 2018, of the fifth graders surveyed in rural areas, 48% cannot read a sentence in English and 44% are unable to read a story in Urdu, Sindhi or Pashto from class 2 level textbooks. Forty-seven per cent cannot do two-digit division.

But who cares when you have secure borders? Pakistan stands at 94th position when it comes to the overall quality of education according to the World Economic Forum (2018). But why would Imran Khan risk his political career for the sake of poor/middle-class citizens of Pakistan, when his children are not even Pakistani citizens? Sulaiman and Qasim are reportedly British citizens and this highly vulnerable education system won’t affect their lives but the lives of poor/middle-class Pakistani children!

At the cost of Healthcare and Environment!

Health Affairs and Services budget has been decreased by 21% as compared to the outgoing fiscal year to just Rs. 11 billion.

Again, I warn you dear Pakistan Tehreek-e-Insaaf supporters, you can’t hide behind 18th Constitutional Amendment because your government in Punjab has reduced the budget on health by almost 1.8% to Rs. 279 billion. It's not soft-pile yet: So, how about some new carpets for the Senate? (Photo: Wikipedia)

Contrary to what we see in reality, Pakistan Tehreek-e-Insaaf’s election manifesto says, “PTI will ensure universal health coverage and enhance the focus on primary care while upgrading secondary & tertiary facilities.”

Similarly, for environmental protection, the government has allocated Rs 470 million — which means that it is 63% less as compared to the previous fiscal year!

Who will pay for the guns and luxuries?

Thanks to Mr Imran Khan, because he will add your Rs 250 to the defence budget or for his luxuries (after all, who will pay for his everyday helicopter travel expenses from Bani Gala to PM Secretariat and back to Bani Gala), the country’s borders and the PM’s posh life first!

Now Pakistanis will pay more to buy ghee/cooking oil, as the federal excise duty (FED) will be raised to 17%.

Also, a 9% increase in the FED on sugar will be imposed. FED on carbonated and non-carbonated drinks will be increased to 14%.

So, let me suggest a new slogan for Imran Khan’s 2023 election campaign: “Vote for Imran Khan, to get rid of poor and middle-class!” or “For defence and government’s luxuries, you all will pay.” 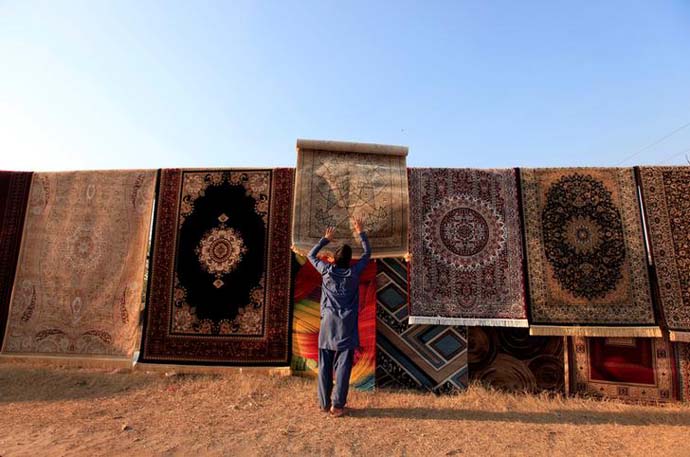 Bankrupt Pakistan is killing its exports

According to a report, right now the State Bank of Pakistan has $7.8 billion of foreign exchange reserve — which can be used to pay for about two months of imports. And the amazing Imran Khan government has decided to put 17% sales tax on the export-oriented industrial sector (textile, leather, carpet, surgical goods and sports goods) if they sell domestically.

The problem is that the government couldn’t make refunds on time which seriously disturbs the availability of cash for these sectors. Also, zero-rating of utilities (gas, electricity, fuel) for the export-oriented sector would be withdrawn. This will indeed affect exports by hitting hard on close-to-none comparative advantage these industries enjoy internationally.

Pakistan can simply not afford to bear the shock which will come as a result of the reduction in exports.

It is already facing the shortage of foreign exchange reserves, and disincentivising export-oriented industries will be a step further towards hell.

The government of Pakistan has allocated Rs 4.1 trillion for debt servicing and repayments.

Interest payments on external debt will cost Rs 359.764 billion, while the repayments will cost 1.095 trillion.

As far as domestic debt is concerned, it will cost the taxpayers 2.531 trillion. On the one hand, Pakistan is facing the burden of humungous quantities of domestic and external debt; on the other, the Imran Khan administration’s thirst for luxuries is hitting the national exchequer hard.

Real GDP will grow at 2.4% in FY 2019-2020 — PTI supporters might say that the government is simply increasing public spending to support the real output!

In the outgoing fiscal year, the Imran Khan administration passed a supplementary budget of Rs 412 million ($2.9 million) for the maintenance of VVIP aeroplanes of the Prime Minister and the President!

And if the tender for parrot cages has surprised you, there's more.

CDA Islamabad recently issued a tender notice to invite contractors to submit a proposal for the supply of Rs 1.8 million worth of furniture for the house of the Speaker of the National Assembly and Rs 215 thousand for hand-made carpets for the deputy chairman of the Senate.

As usual, the government will run a huge fiscal deficit in the upcoming fiscal year, which would be equal Rs 3.1 trillion (or 7.1% of the GDP according to the budget documents).

#PTI, #Defence, #Imran Khan, #Pakistan budget
The views and opinions expressed in this article are those of the authors and do not necessarily reflect the official policy or position of DailyO.in or the India Today Group. The writers are solely responsible for any claims arising out of the contents of this article.