That Pakistan's foreign policy is pan-Islamic is a convenient myth

Both nations - Russia and China - Islamabad has entangled itself with are anything but 'pro-Muslims'.

In December last year, politicians and political experts took to the floor to deliver criticism of the Russia-China-Pakistan conference for its decision to deliberate extensively and deliver verdicts on the security situation in Afghanistan without including Kabul in its discussions. Some felt that this was an indication of greater influence of Russia and China on South Asian affairs, while others saw this as a move to strong-arm a traditional US ally as part of a larger power struggle.

As usual, Pakistan sat on the backbenches, content in its interesting foreign policy amalgam of gleaning benefit without gaining attention. However, this paradigm shift in Pakistan’s foreign policy – if there was a paradigm to begin with – needs to be called out.

After the exhilaration of independence died down, international relations theorists began to critique Pakistan’s blatantly pan-Islamist policy, taking note of events ranging from Pakistan celebrating "Egypt Day" in December 1950 and founding the World Muslim Congress in February of the following year, to Prime Minister Liaquat Khan calling for "unity amongst all Muslims and particularly amongst Arabs" to fight the "evil designs" of imperialism. 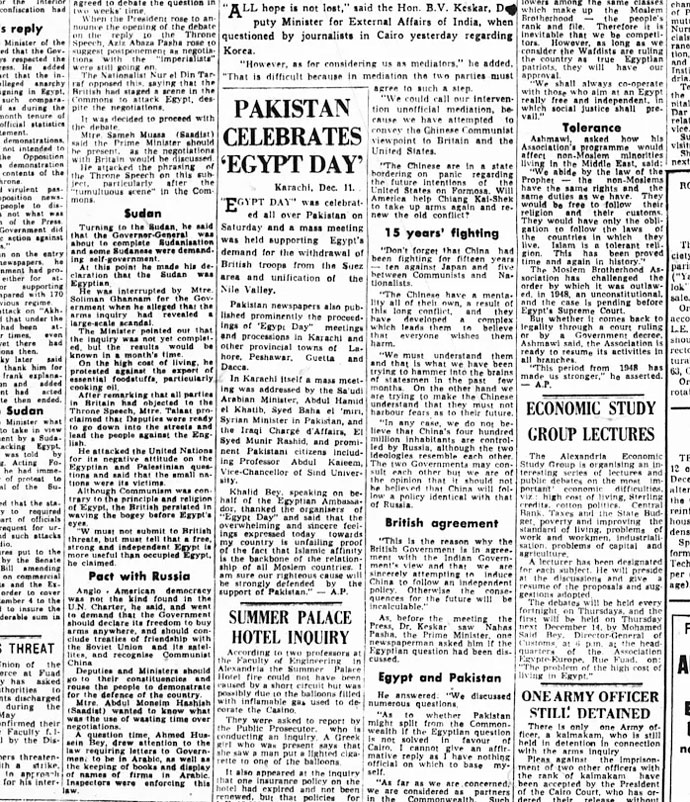 Pakistan, prominent academics almost unanimously argued, had justified its existence on Islam and it was on this same premise that it conducted its relations with other states, with particular focus on countries in the Middle East. From this observation stemmed most contemporary political theories centered on Pakistan, most of which lambasted Pakistan for exploiting religion in the interest of national unity and international alliances.

Interestingly, Pakistan never chose to reject this criticism, being almost "defiantly" Muslim in response. However, a close inspection of the recent agreements with China and Russia, suggests a contrary position.

First, both nations that Pakistan has entangled itself with are anything but "pro-Islam". Russia’s purges of Muslim communities during Stalin’s rule, coupled with a prohibition of Islamic practice at the state level, have left behind a legacy of socio-economic discrimination for the minority, which persists today.

In China, mistreatment of Muslim communities today is even more explicit. The Uyghur community of the Xianjing province - ironically the area that will connect the two countries in the new Economic Corridor – faces immense daily discrimination, ranging from harassment by law-enforcement authorities to a de facto ban on observing Islamic practices during the sacred month of Ramadan.

All of this doesn’t even take into account how this new troika has sought to isolate Pakistan’s Muslim neighbor, Afghanistan; as averred to above, in December of last year, Pakistan joined Russia and China in a tripartite conference to warn of the increasing terrorist threat in Afghanistan at a conference where Kabul wasn’t even present.

All of this is symptomatic of a larger dynamic in Pakistan’s foreign policy – calculated self-interest through stellar diplomacy. Only in Pakistan can one receive millions of dollars of aid from the US in the aftermath of investigations against "communist" parties while collaborating with communist Russia to establish the nationalised Pakistan Steel Mills. Only in Pakistan can one explicitly stand to support the Egyptian cause against Britain during independence discussions while conducting the majority of its trade with England in the same year.

Pakistan’s "pan-Islam" ideology is the best kind of ruse – bold enough to seem candid, but without overriding the state’s true objectives. The foundational criticism of Pakistan hence has given it its sole source of legitimate identity. It is one thing to be nothing but Islam and anti-India. It is completely another to be nothing at all.

Pakistan’s Islamic tightrope has perhaps been the greatest balancing act in the history of Asian diplomacy. Muslim leaders and political commentators around the world need to recognise that there is no grand theory to explain Pakistan’s design. To call it pan-Islamic would not expose the bare bones of Pakistan’s identity but rather, clothe them in some semblance of purpose.

It is time to peel back the layers of religious rhetoric and see if there is anything there that is fundamentally Pakistan.

Post your comment
#Islam, #South Asia, #Pakistan
The views and opinions expressed in this article are those of the authors and do not necessarily reflect the official policy or position of DailyO.in or the India Today Group. The writers are solely responsible for any claims arising out of the contents of this article.

The writer researches and writes on South Asian affairs at the Hudson Institute’s South Asia Program, as well as at the Woodrow Wilson Center.