Whatever it is, the army wins. And army chief Qamar Javed Bajwa will probably get an extension after his term comes to an end in November this year.

ISI chiefs, in general, hold their chair for a three-year term.

There have been exceptions in the past.

But no one in Pakistan ever questions reshuffles taking place in Islamabad's power corridors. Still, Lt Gen Faiz Hameed replacing Lt Gen Asim Munir for the top job of Pakistan’s spy agency has come across as ‘surprising’ to even the Pakistani media.

Because Munir was appointed in October 2018, two months after the PTI government came to power — which makes his stint the shortest at only eight months.

According to standard operating procedures, this appointment is consulted on between the Army Chief of Pakistan and the Prime Minister.

The Army Chief sends three names and the PM chooses one. Without going into what actually happens, we can say that choosing the ISI chief apparently became a contentious issue earlier as well when PM Imran Khan was reportedly delaying the appointment of Munir in October.

Munir was believed to be Army Chief Qamar Bajwa’s favourite. But too much reading between the lines led to a certain misinterpretation that the early signs of tension were simmering between the army and the government and had been spotted by careful observers.

Clearly, there was no tension though as it was business as usual in Pakistan.

But then, what happened within eight months that the ISI chief is being removed now, without any explanations? 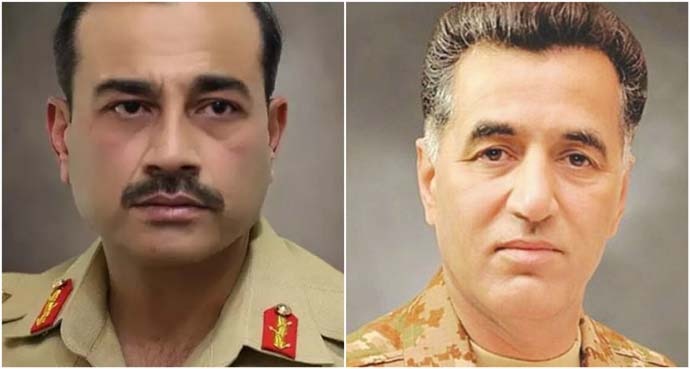 According to experts, this is in complete sync with the image Imran Khan’s Pakistan is sending out internationally.

As was quite evident from Imran Khan’s speech at the recently concluded summit of the Shanghai Cooperation Organisation (SCO), Pakistan wants to come across as a nation successfully combating terrorism. And the present image of the ISI was coming in the way.

Of late, the ISI has been accused of attempts to gag the press, rig last year’s elections, etc.

The Pulwama attack, carried out by a vehicle-borne suicide bomber, reportedly carried Munir’s stamp all over it.

All this definitely worked against Pakistan.

So, it’s part of the overall image makeover that Pakistan is now eyeing. Yes Boss: There's no tension between them. This much is clear. (Photo: Twitter)

In army circles, Faiz Hameed, who has had past associations with the ISI, is credited for his anti-terror operations. Placing him at the top of the ISI will send out a message that the government has adopted more than a cookie-cutter approach to combating terror. Hameed is also famed for brokering the Faizabad Agreement in 2017 which diffused the civilian-military tensions raging at that time.

Qamar Javed Bajwa's term is to end in November this year.

In short, before he 'wishes' for an extension, he wants to improve his (army's) image through various machineries.

And he has Imran Khan's nod.