Cross-Border Drugs: A huge 532-kg heroin haul caught at Attari post exposes the gap in our war on drugs

If the biggest ever heroin catch was planned for smuggling into India through the Pakistan-routed trade corridor, just imagine what we are receiving where there are no check-posts.

Social media is cracking up over the news of 532 kg heroin being seized at the Attari border.

This is termed the biggest-ever haul — yes, the Customs department keeps a count. The value of the seized heroin is approximately Rs 2,700 crore in the international market.

There is no harm in laughing at Pakistan's pathetic economic condition and the approximate value of the heroin seized. But the elephant in the room is growing bigger and more powerful.

a) The international drug route connecting Afghanistan-Pakistan-India is very much active — so much so that a consignment of such a huge quantity was being planned for smuggling inside Punjab;

b) One of the arrested is allegedly a Taria Lone, who apparently belongs to J&K's Handwara;

So, the narrative of drug money being channelised to fund terrorism in the Kashmir Valley was very real — and now, it has a new lease of life. 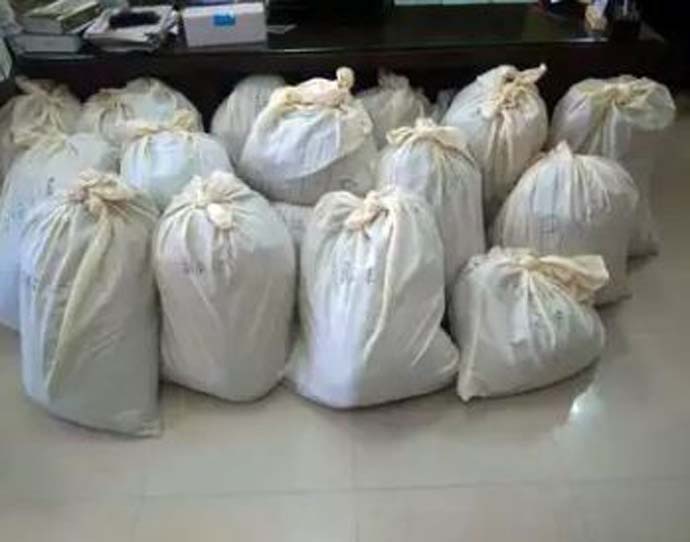 Hidden in rock salt: The biggest ever haul of heroin, caught at the Attari Border. (Photo: ANI)

This drug route connecting Afghanistan, Pakistan and Punjab is an old one. Punjab’s severe problem of a drug menace impacting almost every house is also not new.

But what's the present situation in Udta Punjab?

According to reports, about 56 drug overdose deaths have been reported in 2018-2019. This is only the official figure. Chief Minister Amarinder Singh wants a national policy to combat this situation, but things have remained the same.

This huge consignment was coming through the trade route where there are check posts. The heroin was hidden in sacks of rock salt. India and Pakistan share a relatively porous border — if this huge haul could be planned for smuggling through the trade corridor itself, the situation is much worse elsewhere.

And this is not the only route used by smugglers.

Such hauls have become pretty regular.

Talks on the Kartarpur corridor — not a trade corridor — will now start soon.

Before it materialises, the situation must be examined very carefully.

Also Read: The age of haze: From weed to vaping, how our school kids are getting stoned today