The Indian Army is miffed by delays in Rs 1,000-crore equipment proposal to buy urgently required equipment for its nine Para-Special Forces (Para-SF) battalions from the US. Disagreements within the ministry saw the proposals to acquire new assault rifles, night vision devices and machine guns being dropped from the agenda of a March 20 meeting of the Defence Acquisition Committee. A contingent of Indian Army's parachute regiment, including special forces, doubles past the saluting dais on Republic Day in Delhi. (Photo: PTI)

Top Ministry of Defence (MoD) officials want the equipment to be purchased through the Foreign Military Sales (FMS) route from the US, to be broken up into smaller procurements of Rs 300 crores and acquired by the Army under its own financial powers. This process, sources say, could further delay acquisitions by another six months.

Indian Army’s SF units drew the list based on evaluations done after joint exercises with the US Special Operations Command (SOCOM). Each acquisition fulfils a critical void. The .50/ 12.7 mm HMGs are meant to be fitted on the Light Strike Vehicle (LSVs) being procured from Pune-based Force Motors over the next three months.

The 7.62 x 51 mm FN Scar, made by a US unit of Belgium’s FN Herstal, is required to upgrade the firepower of SF operators in dense jungles of the Northeast and Myanmar. The case for a new lightweight belt-fed 7.62 x 51 machine gun to replace 50-year old OFBmade ‘1B’ LMGs, has been pending since 2005. The LMGs are critical squad support weapons giving the small six-unit teams of the Para-SF units heavy firepower. 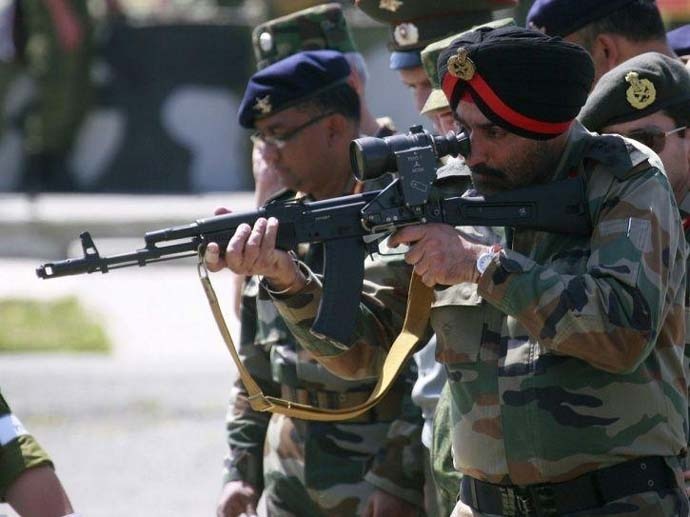 Procurement of arms from the US for the Indian Army SF is still in the pipeline. (Representational image: Reuters)

The last major acquisitions for the Para-SF a decade ago were also FMS procurements from the US.

Also see: To Russia with love: Undeterred by looming threat of US sanctions, why India is going ahead with joint ventures with Russian arms firms