Why it's worth remembering Partition this Independence Day

So, what are we commemorating this August - the 70th anniversary of India's Independence or the bloody cleaving of the subcontinent?

What imagery on domestic and international air will encapsulate what unfolded seven centuries ago in this part of the world?

A couple of days before, poor children would swarm traffic signals to sell small plastic tricolours.

An evening before, drinkers would crowd at liquor stores to stock up beer and spirit for the big, national holiday the next day. 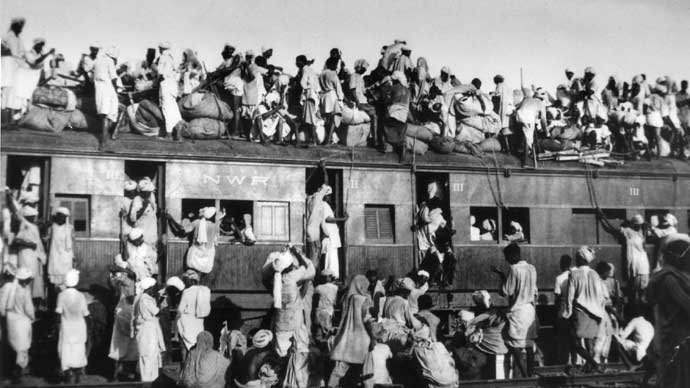 It will be an occasion of festivities on both sides of the border in Punjab dismembered in 1947.

On August 15, skies over Delhi would turn into an aerial battlefield between kites dancing, soaring, looping, tricking and cutting one another.

Scenes would be similar in Pakistan ahead of their Independence Day on August 14.

Overall, it will be an occasion of festivities on both sides of the border in Punjab dismembered in 1947.

As always, these state celebrations would gloss over the killing of more than a million people and the displacement of another million-and-a-half that coincided with freedom from the British.

My father, who passed in 2000, was born in Dera Ismail Khan in the late 1920s. My mother, who left us last year, came from the same region in the North-West Frontier Province (NWFP). A family of Sikh refugees from Lahore. Photo: Life magazine

Horrors of the Partition never dominated our family conversations. But my parents, as also my uncles and aunts, never dissociated themselves from their pre-Partition past either.

They would recall almost everything they had before 1947 - their big houses, big families, influence, hard work and education in British India.

In matchmaking, for example, elders would always inquire about the origin of potential parents-in-law of their children. Rawalpindi, for instance, was rated the best for a matrimonial alliance, followed by Gujranwala and so forth.

In my neighbourhood, for instance, my immediate neighbours are Multanis.

In front of my home is a brotherhood that proudly calls itself Attock Biradari. A family that we always had a great bonding with has its roots in Peshawar. After India's tryst with destiny.

An entire colony in Delhi is named Derawal Nagar after Dera Ismail Khan and Dera Ghazi Khan. Another is called Gujranwala Town.

Still, no one officially commemorates the tragic histories linked to these replicas of what the Partition generation left behind after Independence.

The world tries to move on. No one wants Punjab and Bengal to be thought of as places of mass destruction and exodus.

Survivors of the 1947 catastrophe are vanishing rapidly. In some years, we'll be left with no first-hand tellers of the Partition story.

But our children do need to know the price their forefathers paid for India's "Brexit" moment. Euphoria over Independence from the yolk of imperial rule can camouflage one of the worst man-made calamities in human history, but it cannot push back the causes out of existence.

Today, Pakistan is a state besieged from within - a state built on the graveyard of countless cross-border migrants is struggling to survive.

The Partition of the subcontinent needs to be taught more than ever before in global educational institutions, let alone Indian or Pakistani.

Religious nationalism doesn't necessarily have to be Islamic only. It can be Hindu, Sikh, Christian or Jew.

Let's reject it for the sake of our children, more so if it's imposed on secular republics.