How many of the fathers raising a protest now took a month off when their partner delivered a baby?

Looking through my Twitter and Facebook timeline, I was a little taken aback by angry comments being directed at women and child development minister Maneka Gandhi's statement that "paternity leave will just be a holiday for men".

Despite several men expressing the desire for more leave to be able to spend more time with their infants, the fact is, the Maternity Benefit (Amendment) Bill, 2016 has been recommended purely for medical reasons, not emotional ones. The WHO and the UNICEF both advise exclusive breastfeeding for infants in the first six months.

While varying studies have subsequently emerged questioning the six-month clause, asking for supplements to be introduced in the infant's diet before the six-month period, the WHO recommendation cannot be challenged in developing countries like India where hygiene and sanitation pose a big risk of diarrhoea and pneumonia.

Scientists and researchers also say that breastfeeding is beneficial for mothers as it helps to space children and reduces the risk of ovarian and breast cancer. Having said that, I do think that fathers should also take time off and help their partners in taking care of the baby; but how often do we see that happening? Most men who are expressing outrage over Maneka's remark are well-educated, well-paid, settled in urban centres and doing pretty well financially. Many of them are already fathers.

I want to ask, how many of them took a month off when their partner delivered a baby? How many of them had partners who had to extend their maternity leave and take three months of extra "unpaid leave"? 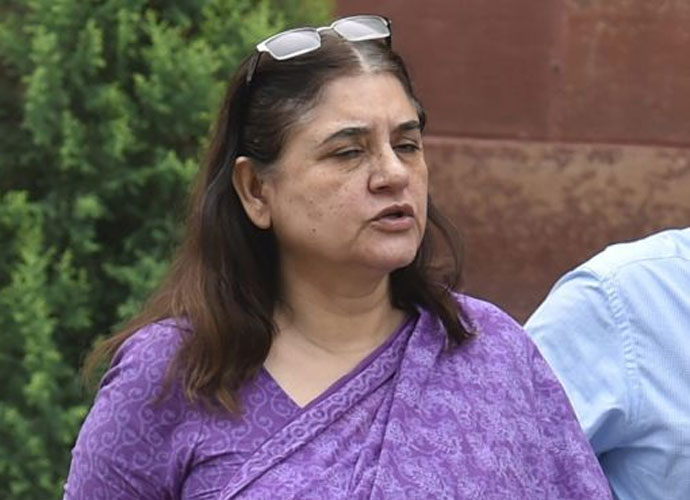 Women and child development minister Maneka Gandhi's statement that "paternity leave will just be a holiday for men".

Did they choose not to take paternity leave because of financial constraints or because they felt it wasn't required? Did they not realise that their partner had a lot on her plate when they joined work three days after delivery?

Apart from breastfeeding, which some infants require almost every hour, didn't they see their partner also bathing the baby, changing diapers fifteen times a day, watching over the baby and putting him/her to sleep along with supervising all other household work?

I don't know if giving paternity leave will suddenly make men sit up and realise that they need to play a larger role in the family than just being one of the breadwinners. It's here that I completely agree with Maneka's statement that men need to show that they care for the child by taking sick leave for child care. Why should a new piece of legislation be passed when there is no expression of need, simply a belated desire for wanting to spend quality time with the infant?

The other argument in favour of paternity leave is that a longer maternity leave will enhance the bias against hiring women in the corporate sector. So if both men and women are given equal leaves, both will be seen as equally productive or non-productive.

I frankly don't know how to respond to this line of argument, maybe it will work, maybe it won't. What I have heard from a senior level manager is that organisations usually shy away from hiring women in their late 20s or early 30s because of the fear that they might decide to get married and start a family. It is a sort of an unwritten HR code, I was given to believe.

Which is why a male candidate with the same qualifications and of the same age is given preference by many organisations while hiring mid-career professionals. So while Indian men have traditionally and recently shown no interest in taking leave to look after their newborn, the only argument that works in favour of paternity leave is to cross out corporate bias. Isn't that a sad comment on fathers and is this something that our corporate houses will be willing to accept?

#Maneka Gandhi, #Maternity Benefit Bill, #Paternity Leave
The views and opinions expressed in this article are those of the authors and do not necessarily reflect the official policy or position of DailyO.in or the India Today Group. The writers are solely responsible for any claims arising out of the contents of this article.