By denying space to fringe elements to suppress an alternative voice, it has hammered home the point of accepting diversity in social life.

Perumal Murugan, the acclaimed Tamil author who wrote his literary obituary last year, has been resurrected.

Madras High Court, in a stinging judgment, upheld Murugan's right to write and publish. An unequivocal observation of how popular societal perceptions cannot become a hindrance in expressing one's mind is a timely intervention. 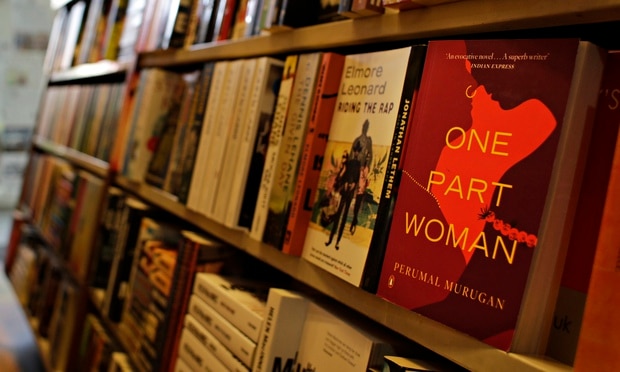 That a heart which had shrunk, almost wilted, has found comfort is a positive.

His controversial novel, Madhorubagan (One Part Woman) received biting criticism, especially from some local groups whose religious sentiments were apparently hurt. The part of the story that irked some readers goes thus: Kali and Ponna, a couple living near Tiruchengode (in Tamil Nadu's Erode district), make several unsuccessful attempts to have a child for more than a decade. The couple then confronts the culturally accepted practice of having children through the woman's (Ponna's) sexual encounter with a stranger during a temple festival venerating Ardhanareshwara.

In an unprecedented turn of events, Ponna visits the festival in order to see their wish fulfilled.

Also, the novel has been critiqued for its historical accuracy, which it anyway wasn't trying to achieve. That it is a work of fiction has been given a benign miss. The author caved into the demands of the local villages by eventually announcing his literary demise.

The July 6 verdict by Madras HC has given him, and Indian literature, a glimmer of hope. After almost a year of despondency, meaning has been restored to the life of an artist with respect and dignity.

The court has reiterated the truism of freedom of speech and expression in accessible vocabulary. By categorically denying space to fringe elements to suppress an alternative voice of religion and culture, it has hammered home the point of accepting diversity in social life.

Multiplicity of narration, interpretation and observation should be hailed not just for the author's right, but also to acknowledge the very reality of their role in our social existence.

Creativity, in a way, never comes with strings attached. It is a state of mind brimming with myriad ideas, itching to be part of the larger gamut of ideas. These ideas are bound to generate feelings of fear, anxiety and anger, along with love, contentment and happiness.

Authors, in order to express themselves, must hold no punches and go full throttle, lest they compromise on the beauty and pertinence of their thought.

Writing in a stultifying framework bodes ill to the growth of our imagination. The judgment seeks to point to all these facts, which we need to accept as part of our everyday lives.

It, however, must be seen as a work in progress. Complacency can easily jeopardise the future course of action, as envisaged by the judges who heard Murugan's case.

The primary hurdle remains the largely inept and inactive legislature and executive combine, which, at times, fails to see the gravity of the issue. Judicial observations have their limitations, both in terms of constitutional as well as popular reach.

Moreover, reliance on the judiciary to lay down the "correct" path for future events raises basic questions about the way the doctrine of separation of powers is perceived in a democracy like India. A systemic shake-up should be worked upon in order to cement the importance of free speech and dissent.

Otherwise, such a judgment becomes a largely curative act, leaving aside the goal of prevention in the first place.

Passing the buck to dysfunctional institutions or to our narrow-minded fellow citizens won't help. It has to be proactively indulged with from the individual level itself.

Democracy and institutions are ultimately made up of people who give them the authority it wields in our public life.As the courts have rightly observed, if we don't accept a particular reality, the reaction should be moderated there itself.

A recourse toward domineering, finalistic conclusions will only increase the tensions already simmering in the polarising times of the present. As Salman Rushdie once observed, you cannot have the right to not be offended.

The earlier we understand it, the better it will be for making the dream of a progressive society come true. It is most heartening to see a dejected author finding solace in the judgement. That a heart which had shrunk, almost wilted, has found comfort, is a positive.

#Madhorubagan, #Madras High Court, #Perumal Murugan
The views and opinions expressed in this article are those of the authors and do not necessarily reflect the official policy or position of DailyO.in or the India Today Group. The writers are solely responsible for any claims arising out of the contents of this article.