The question of money: The acting finance minister was the last formal treasurer of BJP. Is this morally right?

The name Ved Prakash Goyal would not ring a bell today. He passed away in 2008, after having been a pivot of the system that propped up the old BJP. He was the long-time treasurer of the party at a time when party budgets were modest. 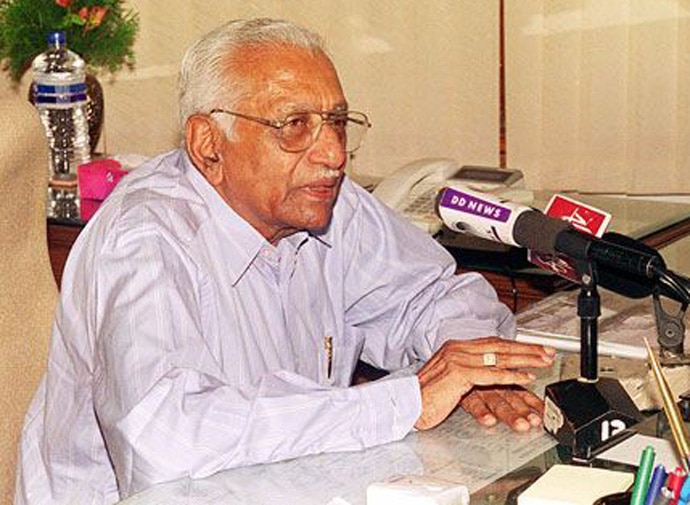 As a journalist on the BJP beat since 1997, I would occasionally call on Vedji as he was known. Pleasantries would be exchanged, he would serve us chai, samosa and jalebis, but no secret was ever revealed. He believed in and practised corporate loyalty to the ideological family that he served well.

His son, Piyush, would go on to hold the same job in the BJP, but the charge here is not dynastic succession — Piyush Goyal would be the treasurer of the party when it would become the richest party ever in India’s history; but he would also mysteriously cease being treasurer when Amit Shah took charge as president after the Narendra Modi-powered win in 2014.

It was mysterious because no other formal treasurer was subsequently appointed, although long-timers in the party claim that Piyush is the de facto treasurer.

If he is, as per these suggestions, indeed raising and handling the BJP’s money (he is a professional chartered accountant), should Piyush Goyal have been the individual tasked with being the acting finance minister of India in the event of Arun Jaitley’s absence due to health reasons? The BJP may have circumvented legal loopholes by stopping Piyush from signing the statement of accounts submitted to the Election Commission of India, as he used to, before Amit Shah became president in August 2014. But, if these claims are true, I see a serious moral dilemma here and a clear conflict of interest.

Someone with access to the most detailed financial information in the land, tasked with announcing policies and schemes that can benefit some sectors and industry, should not be the same individual who has traditionally raised and managed money for his political party.

The BJP should have greater respect for norms than do a nudge, nudge, wink, wink, and get its audited accounts signed by a mere functionary in the party office instead of the treasurer, as has always been the tradition. Opposition parties should raise this question. As it is, opaqueness over political funding is one of the reasons our system has been hollowed out, with corruption scandals erupting at regular intervals and cronyism inbuilt in the structure.

The BJP claims the Modi government has weeded out the backroom operators and wheeler-dealers of Delhi. Yet, the extraordinary financial prosperity of the party makes one wonder about the sources of the money.

The Association for Democratic Rights (ADR) recently analysed the income tax statements of political parties filed with the Election Commission of India (ECI). The ADR noted that political parties are not required to reveal the name of individuals or organisations giving less than Rs 20,000, nor those who donated via electoral bonds.

As a result, more than 50 per cent of the funds cannot be traced and are from ‘unknown’ sources. The BJP headquarters at Deen Dayal Upadhyay Marg in New Delhi. The BJP is now the country's richest party ever. (Source: PTI)

Surely, our national interests are better served by asking hard financial questions, instead of debating diversions such as Ram Mandir, reservation, and issues loaded with communal symbolism?

During the time when Piyush Goyal’s father served as the BJP’s treasurer, a part of the money would have been raised from shopkeepers who were once the lifeline of the economics that propped up the old Jana Sangh and the young BJP.

But power would change the nature of the source.

The late Pramod Mahajan, once the biggest fundraiser for the BJP, told me quite candidly that once the BJP came to power in the late 1990s, almost 90 per cent of the money started to come from big corporates. However, post-2004, when the party lost power at the Centre, the states also became the financial lifeline of the BJP. This also marked the genesis of Narendra Modi’s rise in the party as the prosperous state of Gujarat put more money in the party coffers than other states then ruled by the BJP.

According to the latest data gathered by the ADR, Delhi, Maharashtra and Gujarat still provide the largest chunks of money donated to political parties.

We are headed into an election that will be grander and more expensive than any in the past  — just as the 2014 Modi campaign was then the most expensive election till that date. The threshold of election spending keeps going up, even as employment rates head south.

Simple morality in such a poor country faced with growing unemployment requires us to ask serious questions about the source of all the money that is thrown around during an Indian election.

For starters, let’s just ask the acting finance minister if he has indeed disengaged himself from the task of raising money for his party and is now acting over partisan interests, for the country at large, with no quarter given and none taken.