So, if Prime Minister Narendra Modi is to be believed, gau rakshaks should not kill people in the name of cow protection only because Mahatma Gandhi would not have approved of it.

"As a society, there is no place for violence," he said in a speech at Gandhi's Sabarmati Ashram. "Killing people in the name of 'gau bhakti' (cow worship) is not acceptable. This is not something Mahatma Gandhi would approve."

In saying so, Modi, the master communicator, knew he was cleverly indulging in sustaining what has ended up becoming a cliché in India's politics. Gandhi, the "chatur baniya" for Modi's party president, means little or nothing to a generation that has no memory of the national movement. Worse, to the Shakha-trained cow vigilantes, Gandhi remains an anathema.

There's caste, with Gandhi being one of its supreme apologists. The status-quoist Father of the Nation was more keen on preserving a certain caste structure as opposed to its radical dissolution, as demanded by Ambedkar.

Or, take revolution. Gandhi feared it, with his Congress trying every method in the book to prevent India from dreaming about it. The few of his contemporaries, who nurtured the dream and fought for it, were met with his derision.

Forget the grand ideas. One can argue they are too contentious and complex. Here's an easy one: Would Gandhi approve of his party or its mentor, the RSS, celebrating his killer Nathuram Godse? Or, to Godse's guru Vinayak Damodar Savarkar's portrait installed in Parliament, right opposite Gandhi's? 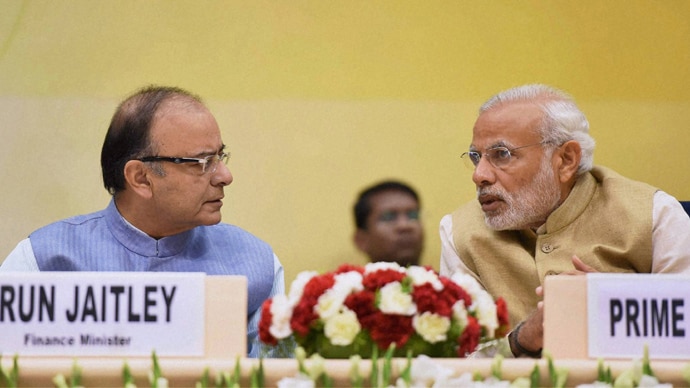 The fact is Modi's - or the Sangh's - ambiguous relationship with Gandhi is more of appropriation than tribute. Gandhi, despite his shortcomings, stood for tolerance, non-violence and Satyagraha. The Sangh stands steadfast against them.

Why then was Modi quoting Gandhi in his appeal for an end to vigilante violence over cow protection that has so far claimed at least a dozen lives across the country since the BJP came to power at the Centre? For a simple reason: he wanted his message to be lost on people just as Gandhi is.

In doing so, Modi was being his usual self. This was not the first time he had "spoken" against cow vigilantes. During his first townhall meeting at New Delhi's Indira Gandhi stadium in August last year, Modi had said, "I feel very angry at this gau raksha (cow protection) business. Some people indulge in anti-social activities in night and turn Gau Rakshaks during the day. They have opened shops in name of cow protection."

In his speech, Modi said "80 per cent of gau rakshaks are fake" and even asked the state governments to prepare a dossier on "those who consider themselves great Gau Rakshaks".

As expected by many, since the words were not followed by any visible action against gau rakshaks - and also since the RSS and the Vishwa Hindu Parishad publicly slammed the statement - the violence didn't stop. Between the 2016 and 2017 statements, multiple attacks took place, with most of them in BJP-run states.

In any case, Modi's 2016 statement - his first on public lynching by alleged gau rakshaks - was made in the backdrop of the flogging of Dalit men for skinning a dead cow in Gujarat's Una. His latest is, arguably, influenced by the Not In My Name protests held yesterday following the brutal murder of 16-year-old Mohammad Junaid in a train coach.

The well-oiled Sangh machinery excels in double speak, or multiple speak. The objective is to snatch dominant narratives of the time.

To a largely gullible media that does not want to go beyond the sterile comfort of sound bytes, Modi is the perfect protagonist. His words are the perfect foil, and so, for them, there is no need to acknowledge - forget question - the many visible links between Modi and cow vigilantes.

The work, therefore, for us is to see through those words. And not fall for another round of cliches.