Making Hate So Normal: The BJP fielding Pragya Thakur is an attempt to mainstream terror accused persons. Our silence is criminal

Why does the switching of a spokesperson from Congress to Shiv Sena get more attention than the implications of the BJP fielding Sadhvi Pragya from Bhopal? The answer to this should disturb us all.

The choice of Pragya Singh Thakur as the BJP’s candidate from the Bhopal Lok Sabha constituency is perhaps the first time in the country’s history that a terror accused has been given a Parliamentary ticket by any political party.

We have seen people accused of murder, rape, corruption being elected as MPs — but never a terror accused. Pragya Thakur is one of the alleged conspirators in the Malegaon bomb blasts in which six people died and over 100 were injured. She has, astonishingly, been granted bail on health grounds — but is apparently healthy enough to undertake a gruelling election campaign. She has not been acquitted and has to stand trial under the Unlawful Activities Prevention Act (UAPA).

Terrorism is a far more heinous crime than any other organised crime.

It is used as a tool to intimidate societies and countries and is meant to scare and kill people you despise or oppose.

Her being chosen as the face of the BJP from Bhopal doesn't just fly in the face of the Prime Minister and the BJP’s claims of following a zero tolerance policy towards terror, it also signals unambiguously the party’s position on the issue. The BJP clearly looks even at the issue of terror through the prism of 'mine' and 'yours'.

The BJP’s choice of terror accused Pragya Thakur as its candidate has sent out a signal of mainstreaming hate and that the laws of the land do not apply to some people with the same force as those who are not ideologically in sync with the ruling dispensation.

The BJP, like every other party, has a right to choose who it wants to field as its candidate. But to choose a terror accused over a sitting MP, who won the 2014 Lok Sabha elections by over three lakh votes, clearly indicates that the party wants to make a point.

Bhopal is a seat the BJP has not lost in 30 years — despite Digvijaya Singh’s candidature, the party was in pole position to win it once again. It perhaps wanted to teach the former Madhya Pradesh chief minister a lesson by pitting a terror accused against him, given the fact that he has often been extremely critical of the saffron brigade. But in choosing a terror accused, the BJP has laid itself open to the charge that it is mainstreaming hatemongering.

The Prime Minister has also laid himself open to the charge that he is guilty of doublespeak on the issue. Modi was among the first to announce a Rs one crore reward for braveheart Hemant Karkare, who was martyred fighting Lashkar-e-Taiba (LeT) terrorists during the Mumbai terror attack on 26 November, 2008. 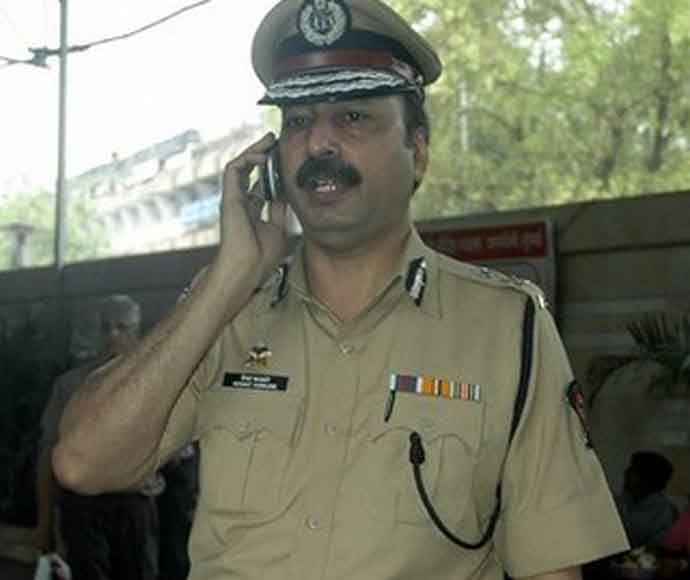 He did not deserve to be spoken of callously. Yet, the criticism against Hemant Karkare went strangely unprotested. (Source: Twitter)

He did so presumably because, like the rest of the country he too regarded Karkare as a martyr. Surprisingly though, the Prime MInister is conspicuously silent even as Pragya Thakur says Hemant Karkare died because of her curse accusing him of framing her.

It’s not just the BJP alone — the media too is not above blame. Large sections of it have either chosen to underplay the issue or focus on other less important or insignificant issues. The kind of outrage that one normally witnesses on issues like this was strangely missing.

A Congress spokeswoman’s switching to the Shiv Sena got more media space than a terror accused being given the BJP’s ticket from Bhopal.

As a nation, we have over the years become cynical about our politicians. But the lack of public outcry or moral outrage over the mainstreaming of a terror accused is both alarming and appalling. If the blatant attempt to patronise and mainstream terror suspects fails to stir our national conscience, nothing else will. At times like these, silence is neither a virtue, nor an excuse.

Long after this election is done and dusted, irrespective of the results, one of the things that it will stand out for is the undisguised attempt to mainstream hate — and the silence of large sections of civil society.

Post your comment
#Bhopal, #Hemant Karkare, #Lok Sabha elections 2019, #Pragya singh thakur
The views and opinions expressed in this article are those of the authors and do not necessarily reflect the official policy or position of DailyO.in or the India Today Group. The writers are solely responsible for any claims arising out of the contents of this article.