Reporters like me, who have spent their lives in Mumbai, rarely have the occasion to meet the "high command" — and I have seen and heard former President and senior Congress leader Pranab Mukherjee speak only twice, so far, in my career.

It is only in the event of a political crisis concerning the state you are reporting on that you watch the high command “perform”. But what we observe from their handling of situations surely defines these personalities.

I guess merely reading and watching the interviews the former president has given after the recent release of his autobiography, The Coalition Years: 1996-2012, presents an incredibly mild version of the real Pranab Mukherjee. But for me, he truly represents the high command who was one of the top leaders of the Congress in its heyday.

An incident from early 2003 — when the then Maharashtra chief minister Vilasrao Deshmukh’s first term was about to end — exemplifies Mukherjee's uncompromising authority. Deshmukh, a Congress leader, had formed the government with NCP and other parties like SP, JDS and PWP as chief coalition partners, along with a strong group of independent MLAs.

The amiable Vilasrao was criticised by the Congress high command for not having been able to handle coalition partners — this had earned him the reputation of a leader who was not serious about his position. It looked like the decision had been made in Delhi, but to show some semblance of in-party democracy, senior leaders were dispatched to Mumbai to speak to the MLAs in order to make the final call.

This group of leaders was led by Pranab Mukherjee, and they kept meeting the MLAs one by one over the two-day visit. Vilasrao Deshmukh, in last of his efforts, had asked his supporters to tell the senior leadership why he shouldn’t be replaced, and his strongest supporters were a group of 12 independent MLAs without whose support, the survival of Congress-NCP government wasn’t possible.

In the Centre, there was the NDA government; so supporters of Vilasrao assumed that if independent MLAs stood by Vilasrao, the Congress high command would be cowed down and Vilasrao Deshmukh would survive.

Being a TV journalist, I had already spent 10 hours at a stretch outside the meeting hall where Pranab Mukherjee was meeting the MLAs when independent MLAs came to meet him, led by Harshavarshan Deshmukh – a minister close to Vilasrao camp. Their meeting with Pranab Mukherjee lasted for hardly 15 minutes. When they came out, all the MLAs had sour faces, and naturally, we thought they had got into a heated argument with Mukherjee. 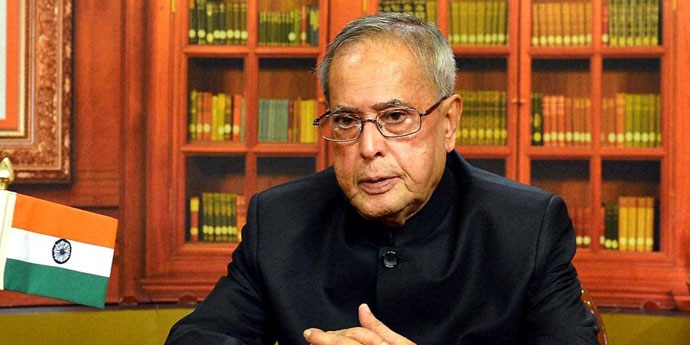 As Mukherjee was in a foul mood, he had already told off journalists twice that day. That was the first time I had seen a man of his age turning completely red while shouting. Before leaving, the leader of the group of independent MLAs briefed us with only one sentence: “We told Mr Mukherjee what we had to say.”

Now that was hardly a story. We had spent 11 hours that day and got only one sentence, which didn’t even make news. I decided to call one of the independents after half an hour when the group had split to go their own ways.

When I quizzed them about what had happened inside, one started laughing: “Vilasrao is gone,” he said.

“But then didn’t you guys tell Mukherjee that the government won't survive without him?” I asked.

The MLA said, “Haven’t you watched [the movie] Andaz Apna Apna? When Aamir Khan and Salman Khan go in to ask for Paresh Rawal’s daughter’s hand, they prepare a lot of things before entering his room. But when they come face-to-face with Paresh Rawal, they get a dressing down from him and they don’t even get a chance to speak a word. The same happened to us. We went inside but before we could speak, Pranab’da said: ‘I have changed 32 chief ministers in my lifetime in Congress and this is the 33rd. Now say what you want to.’  We just said we were with this government and came out.”

The MLA also expressed his bemused wonder over the manner in which state leaders dealt with the “high command”. So Pranab Mukherjee was the true Congress high command, who was feared by the regional leaders even though many of them had strong public support in their respective states.

Although Mukherjee has now said that he could never have become PM as he couldn’t bring about a Congress government in his home state, West Bengal and that his lack of proficiency in Hindi was also a major hurdle, all those issues never stopped him from being the Congress high command for decades.

In 2011, yet another I had another occasion to witness this prowess, when the UPA government was appearing clueless about how to end Anna Hazare’s fast at Ramlila Maidan. Public support for the aged, fragile Anna was soaring, and if something had happened to him, the Centre would have been in a big soup.

Those of us in Maharashtra were wondering why the Congress wasn’t roping in Vilasrao Deshmukh, a Union minister, who had successfully handled Anna’s threat to go on hunger strike in the past in Maharashtra. That’s exactly what happened. Finally, when all the “high command” appointed leaders couldn’t handle the crisis, it was Vilasrao who intervened. And Anna Hazare’s 12-13 daylong fast duly ended.

One day, we met Vilasrao in Mumbai and asked him what took him so long to speak to Anna. Was the government deliberately dragging its feet? Vilasrao told us how Anna’s people from Ralegaon Siddhi had already approached him to act as an intermediary between the central government and the agitators, but stalwarts like Pranab Mukherjee, P Chidambaram, and Kapil Sibal were handling the situation, and he couldn’t dare approach Prime Minister Manmohan Singh directly.

When the situation seemed to be on the verge of spiralling out of control, and Anna’s people told Deshmukh that the veteran wanted him to intervene, he gathered courage and took them to Pranab Mukherjee. Deshmukh knew that if he could convince Pranab’da, he wouldn’t have to convince anyone else. And the rest is history, as they say.

Everyone had seen on television how Vilasrao Deshmukh was on stage with Anna Hazare when he ended his fast. Deshmukh’s proclamation threw light on how the Congress functions. He got a call from one senior leader (whose name he did not reveal) asking him with what authority he had gone on the stage at Ramlila Maidan. Deshmukh simply said: “Ask Pranab Mukherjee.”

Pranab Mukherjee’s acceptance that Congress was behaving like they had got 280 seats when they had won just 200 during UPA-2 – which eventually brought about the fall of UPA-2 – speaks a lot about the grand old party's overall attitude.

It was indeed in the party's veins. My two precious experiences surely prove that.