In a letter from the editor on Pranab Mukherjee back in 2010, I noted that his habit of writing a daily diary would be pure gold for a publisher looking for memoirs. How right I was. Having shed the responsibility of being president at a difficult time in the Republic, he seems to be in a mood to tell all in his new memoir, The Coalition Years: 1996-2012.

Memoirs, as a rule, are the backstairs of history as someone once said. Indeed, most serve to burnish the subject’s place in history, while the rest work as long apologies for what-could-have-been. Few seek to explain the era the subject was living in and how various events came to be. When they do so, these offer valuable lessons for historians and political scientists.

Mukherjee has always been an astute politician, a perennial No 2 in a party that worships one dynasty over all else. There were two occasions in his political career, which began in 1973 as deputy minister in Indira Gandhi’s government, where he came close to being prime minister. One is well known, when Indira died tragically in 1984 and it was still not a given that a member of the "First Family" would automatically lead the Congress.

The other is quite a revelation.

Mukherjee writes in The Coalition Years that Sonia Gandhi gave him the impression in 2012 that she would nominate Manmohan Singh as presidential candidate and elevate him as prime minister of the Congress-led UPA government. It would have not only been a personal triumph, a just reward for long and arduous service to the country as minister in charge of portfolios ranging from defence to foreign affairs to finance, but also may well have energised the Congress ahead of the 2014 General Election where it was routed. 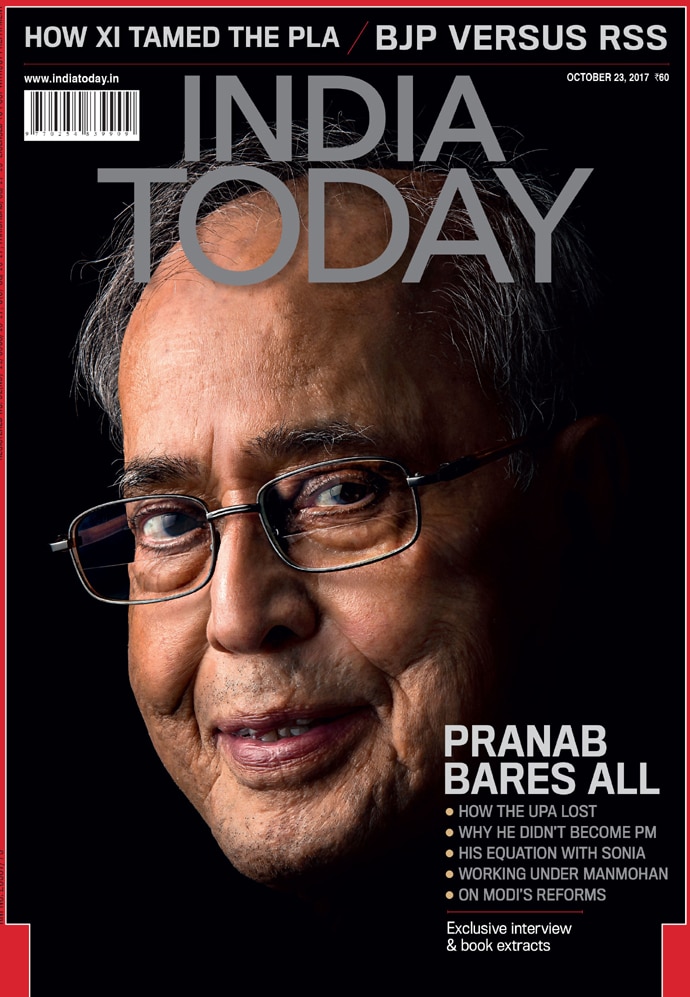 Mukherjee, in his delicate way, unravels the way the UPA was run for 10 years, as Sonia Gandhi’s government. She is the real protagonist of The Coalition Years, whether it is deciding that he will get the defence portfolio despite his grave objection to it - he had wanted home - or expressing disapproval over his decision as finance minister to announce a retrospective tax on Vodafone. He manages to have an excellent working relationship with her, despite what he calls her initial “detachment from me” and his understanding that “I would be the next choice for prime minister after Sonia declined”. But that sums up Mukherjee, a gentleman politician in an often uncivil politics.

Mukherjee, now 81, announced at the India Today Conclave in March this year that he doesn’t want to leave behind a legacy and would like to melt into the masses. But his greatest legacy is his work. As president, he often spoke out against rising intolerance and demanded reasoned discussion and debate rather than a culture of unrest.

He also oversaw two very different governments, one led by his former party and the other by its perennial nemesis. He also changed the nature of the Rashtrapati Bhavan, opening it to writers and artists of stature, and making it a living museum.

Group editorial director Raj Chengappa, who interviewed Mukherjee ahead of the publication of his book, exclusive excerpts of which we are carrying in this issue, found him in a loquacious yet philosophical mood, reflecting upon the years gone by and those to come. He felt UPA-II’s inability to manage the coalition and allowing Mamata Banerjee to depart were responsible for the Congress’s disastrous performance - “it thought the 200 seats it won were equal to 280”.

Mukherjee is hard at work on the next instalment of his memoirs, which is about the years working with Narendra Modi as his prime minister. I can’t wait to read it.

Also read: How Modi government can fulfil the promise of jobs