Farewell Pranab Mukherjee: What he meant to Congress, what Congress meant to him

The one dream Pranab Mukherjee could not realise.

On October 31, 1984, Rajiv Gandhi was on a tour of West Bengal. He had addressed one meeting in Ramnagar and moved to the second in Contai. It was 9.30 am. As Rajiv began speaking, Pranab Mukherjee got a message on police wireless: “Indira Gandhi assaulted. Return to Delhi immediately.”

In the middle of Rajiv’s speech, Pranab passed on a note asking the then wounded Prime Minister’s son to cut short his speech. Rajiv did as told. As Rajiv sat down, Pranab broke the news to him. Later that day, when Rajiv was sworn-in as the Prime Minister, the list of the Cabinet ministers he wanted to be sworn-in by then President Giani Zail Singh had Pranab’s name right on top. Barely two months later, on December 24, Rajiv Gandhi was elected Prime Minister with a humongous mandate of 404 seats riding on what has since been called a sympathy wave. On December 31, when Rajiv’s Cabinet list was declared, Pranab’s name was not be found either at the top or at the bottom or anywhere in between.

Rajiv’s move left Pranab shocked. His political career henceforth received many blows, some seemed fatal, and yet Pranab became President of the country on the full backing of Congress and went on to win Bharat Ratna on the complete backing of the BJP government. Despite not being a mass leader, Pranab was a politician respected across party lines as a formidable force.

Pranab won his first Lok Sabha election in 2004 at the age of 68, after making his Rajya Sabha debut at the young age of 35. Pranab’s political acumen was first noticed in 1969 when he was in Midnapore as the election agent of VK Krishna Menon. Menon won the election and Pranab caught the attention of Siddhartha Shankar Ray. Ray recommended him to Indira Gandhi, who in turn gave him a Rajya Sabha seat.

He won not just the seat but also Indira’s trust, compelling the late PM to admit, “Whenever Pranab da is given any confidential information, it never comes out of his belly. What comes out is only the smoke from his pipe.” 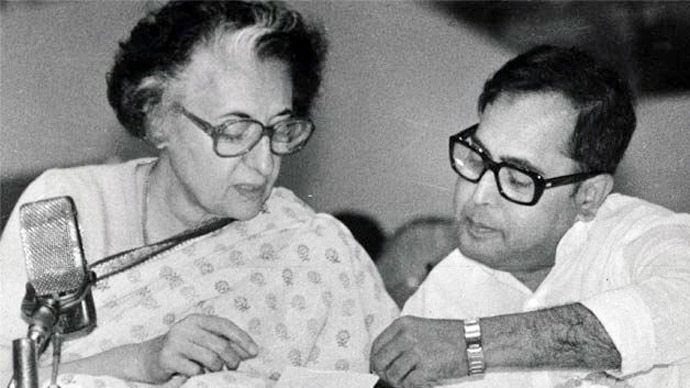 Indira rewarded him by making him a minister of state in her government.

But under Rajiv, Pranab ran so out of favour that he lost his Congress membership. In 1986, he formed his own party Rashtriya Samajwadi Congress (RSC). Attaining success in an established party is one thing; building a new party is another. No political party has been formed and flourished without a mass leader running it. Pranab’s career had now hit a roadblock.

Some say what cost Pranab Rajiv’s trust was his prime ministerial ambition. Still by 1988, Pranab won back Rajiv’s trust to return to his parent party, merging RSC with the Congress. After Rajiv was assassinated in 1991, Congress won the election and was set to form the government. The question now was who will be PM. Pranab then was not an MP and PV Narasimha Rao had announced retirement. For Pranab, there was a flicker of hope. Indian democracy allows prime ministers up to six months to be elected to either House. But the Congress convinced Rao to end his political sanyas and Pranab could do little than wait and watch.

Then came another shock. Rao involved Pranab in his cabinet selection. Not only were Pranab’s suggestions taken, but also incorporated. Pranab was hoping for the finance ministry; what he got was a bombshell with Rao excluding him from the Cabinet.

To pacify Pranab, the new PM offered him the deputy chairmanship of the Planning Commission. Pranab sought time to consider the proposal since joining Planning Commission would have been seen a retirement (from politics) posting. Rao reportedly told Pranab, “Take as much time as you want but join on Monday.”

Why Rao did this to Pranab remains a mystery. Rao perhaps knew of the man’s desire to take the chair that he had got. Pranab Mukjherjee was not given a place in the Rao Cabinet. (Photo: PTI)

In 2004, when the UPA came back to power amid questions on Sonia Gandhi's foreign origin being the talk of the town, Pranab once again thought the ‘chair’ was within reach. The mother of all blows landed on him when Manmohan Singh was given precedence over him for the post. Decades ago, when Pranab was finance minister in Indira government, he had appointed Singh as the governor of Reserve Bank of India. Now, he was to work under Singh.

Pranab was never going to be as pliant as Singh was, and that is where Singh seemed to have scored over Pranab in Sonia’s scheme of things.

He was given important portfolio like defence and finance under UPA I and UPA II respectively, but the heart must have what the heart wants.

It is not usual for the Congress to keep those eyeing the top job within its fold. But something about Pranab made him indispensible. Known to have an elephant’s memory, which helped him cite the volume of financial transactions, and taxes generated by liquor imports in India’s first budget, Pranab also had a vast knowledge of national and global affairs.

He was considered an ace in parliamentary procedures, perhaps what helped him gain admirers cutting across party divides. No complicated issue in the Cabinet would pass without being discussed with him because there was no issue so contentious that Pranab couldn’t solve it. His command over English ensured all party resolutions were drafted by him.

It is what Pranab did after walking out of the President’s abode that left the Congress feeling cheated. Mukherjee accepted an invite from the Rashtriya Swayamsevak Sangh (RSS) for the closing ceremony of its Tritiya Varsh Training programme, in 2018. Given how Rahul Gandhi had made attacks on Narendra Modi and RSS the hallmark of his politics, Mukherjee’s embracing of the organisation left the Congress red-faced. After the 2019 Lok Sabha elections when opposition parties were sharpening their attacks on the Election Commission, Mukherjee stood in support of the poll body.

This again was seen by political observers as Mukherjee’s settling of scores with the party he worked for.

To add salt to Congress’s injury, the Modi government conferred upon Pranab the Bharat Ratna on August 12, 2019.

Mukherjee may have ultimately succeeded in exacting his ‘revenge’ but like BJP’s LK Advani, he too remained a PM-in-waiting.

With his death, the wait is over. Now, may there be peace.