Because The Emergency ended. Didn't it? Prashant Kanojia and Priyanka Sharma cases have us wondering

From Jawaharlal Nehru to Rajiv Gandhi, powerful assaults on our freedom of speech have been made by famed netas. Narendra Modi criticised this. But how does he explain the Prashant Kanojia event?

The political class must wake up and smell the coffee — the Prashant Kanojia and Priyanka Sharma episodes are a severe indictment of two state chief ministers of different political ideologies but of comparable feudal mindsets.

In both cases, the idea behind the arrests was to somehow make an example out of the accused's audacity to mock and challenge iconic public figures.

Ironically, these developments come at a time when Prime Minister Narendra Modi successfully turned the 2019 General Elections into a battle between the ordinary and down-to-earth and ex-royal dynast, or what he described as 'naamdar' vs 'kaamdar.' In this hour of electoral triumph, it will cost the BJP and Uttar Pradesh Chief Minister, Yogi Adityanath, nothing to ponder over whether drastic action against Kanojia was worth it, and take action against over-enthusiastic officers.

In some ways, Mamata Banerjee’s conduct has been baffling as she always took pride in being a commoner, but of late, she has been behaving and sounding every bit imperious and impatient. It didn't go away: The Emergency is over. But do the Prashant Kanojia and Priyanka Sharma episodes show it never really went? (Photo: IndiaToday.in)

Since time immemorial, organised relations and societies have sought to limit freedom of expression, particularly in matters relating to blasphemy and indecency. In some western European democracies, implementing these archaic laws have not been worth the effort. In the Indian context, a cursory look at the freedom of speech will show how the entire Indian political class does not have an encouraging track record of upholding it — in fact, going by Constituent Assembly debates and the first few years of the Jawaharlal Nehru government, it becomes clear that the Congress always treated freedom of speech with a qualifier.

A quote from a Time Magazine report on May 28, 1951, illustrates Nehru’s mindset:

“Part of the Indian press, said (Nehru), is dirty, indulges in ‘vulgarity, indecency and falsehood.’ To teach it manners, Nehru proposed an amendment to India’s constitution that would impose severe restrictions on freedom of speech and expression. He asked for power to curb the press and to punish persons and newspapers for ‘contempt of court, defamation and incitement to an offense’ Nehru told Parliament: ‘It has become a matter of the deepest distress to me to see the way in which the less responsible news sheets are being conducted . . . not injuring me or this House much, but poisoning the minds of the younger generation.”

The tradition to curb the freedom of speech continued during Indira Gandhi’s emergency and again, when Rajiv Gandhi introduced a Defamation Bill which sought to create new offences of "criminal imputation" and "scurrilous writings." A highly successful nationwide strike by the newspaper industry and increasingly strident popular protests forced Rajiv to withdraw the Bill. If the Defamation Bill of 1988 was passed, it would have empowered the central government to collect extensive technical and financial information from newspapers and book publishers. The Rajiv government exerted considerable pressure during 1988 and 1989 on newspapers critical of the ruling party and its leaders. Rajiv's media managers had even tried to create a rift among journalists — old-timers recall how some interviews were done on Doordarshan where an impression was sought to be given that many media persons weren't averse to a dialogue with the government on the Bill. They were also manipulated into admitting that there were elements in the media that were going too far and needed to be curbed.

Rajiv also tried to bring in a Postal Bill, which aimed to grant powers to a censor and intercept all mail — if the Bill was passed, a new department would have been created with offices in all cities to scrutinise every letter — and censor its contents.

President Zail Singh, who had serious political differences with Rajiv, precipitated a Constitutional crisis by refusing to sign the Bill — the draconian law could not be passed as the Rajiv government was soon voted out.

They all did it: Curbing of our freedom of speech isn't new. Many illustrious netas are guilty of this. (Photo: Wikimedia Commons, IndiaToday.in)

Indira Gandhi had imposed Emergency for 21 long months and there was comprehensive censorship of the media. She used the bogey of "security of the state" and "promotion of disaffection" as its defence for imposing strict control on the press. And with the airwaves already under government ownership, Indira's regime controlled the mass communication system in India for over a year and a half. Many newspaper pages were filled with fawning accounts of national events, flattering pictures of Indira and her son Sanjay Gandhi and lucrative government advertising was linked to praise for the Prime Minister.

Indira and her Information and Broadcasting Minister, VC Shukla, acted as gatekeepers, using various tactics to curb freedom of speech. Pressure was exerted on the members of boards of media agencies and a financial squeeze was applied. Shukla also introduced the threat of cutting off the teleprinter services — the lifelines of a news agency and newspaper.

Indira’s cousin, journalist and writer Nayantara Sahgal was not arrested during the Emergency — but on one occasion, her sister was told by the-then West Bengal Chief Minister Siddhartha Shankar Ray, “We could pick her up under MISA any day.” MISA, which stood for Maintenance of Internal Security Act, was dreaded by everyone during the Emergency. Nayantara later wrote that Shukla had told her mother, Vijayalaxmi Pandit, “with a concealed sense of satisfaction,” that Nayantara would not be able to write about politics. Nehru’s sister quickly retorted that politics was not the lone subject Nayantara was capable of writing on. 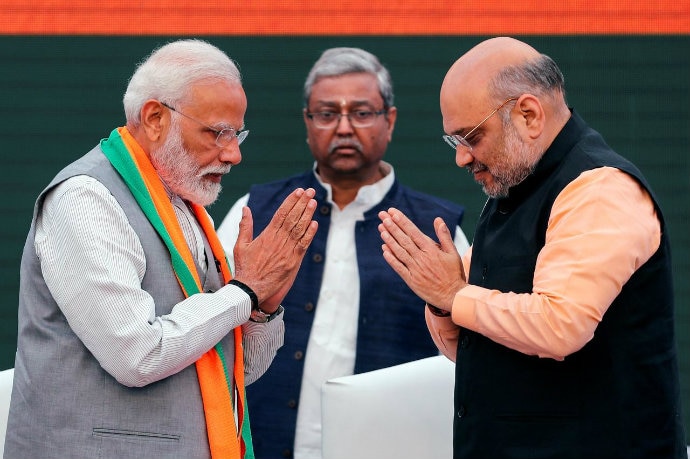 Freedom fighter and noted industrialist Ramkrishna Bajaj also found himself on the receiving end. The Gandhian who loved to describe himself as ‘Gandhi’s coolie’ was constantly harassed throughout the Emergency. Vidya, along with Om Mehta and Ambika Soni, had reportedly tried to take control of Vishwa Yuvak Kendra, an apolitical youth training and development centre in the heart of Delhi.

Singer Kishore Kumar was banned on All India Radio and Doordarshan, and the likes of Pran and Dev Anand suffered, too. They had reportedly offended the Vidya and Sanjay brigade by refusing to say a few words in appreciation about the Youth Congress and Sanjay on government-run television and radio, a day after Delhi witnessed a “Geetonbhari Sham,” ostensibly to raise money for Sanjay and Rukhsana Sultana’s controversial family planning programme in 1976.

Prime Minister Narendra Modi often makes scathing attacks on the Congress and Nehru-Gandhis, and on the Emergency — something that happened 44 years ago this June.

The Modi-Amit Shah-led government needs to reassure and counter the whisper campaign that an Emergency-like situation is developing now.

It will help them corner Mamata in Bengal too.