The master poll strategist's main agenda now appears to be the defeat of BJP at any cost.

Prashant Kishor, the blue-eyed boy and election campaign strategist of the Congress has taken up the challenge to manage the party's poll campaign in Punjab after successfully managing Prime Minister Narendra Modi's Lok Sabha, and Bihar chief minister Nitish Kumar's Assembly election campaigns in 2014 and 2015 respectively.

This is in addition to the mandate he has been given for the revival of the grand old party's fortunes in Uttar Pradesh, leading up to the 2019 Lok Sabha polls where Kishor is expected to anchor the Congress' campaign.

Kishor came to the limelight when his organisation Citizens for Accountable Governance (CAG) managed the high-pitched election campaign of Modi. His "chai pe charcha" programme was a hit setting new trends in electioneering campaign in India. Kishor became an overnight superstar and media attributed the high BJP seat count in the Lok Sabha polls in 2014 to Kishor's creative "Abki baar Modi sarkar" and "Ghar ghar Modi" sloganeering, among other factors.

Kishor is credited with bringing a corporate touch to election campaigning in India and has created an industry. Many young professionals have started campaign management/political consultant companies.

With Kishor getting double success, helping Nitish trump Modi in Bihar, his stature has enhanced significantly and many parties now want him to run their campaigns. He has become hot property and re-christened his organisation as Indian Political Action Committee (IPAC). Nitish has given him a cabinet minister rank and he has been entrusted with keeping a tab on the implementation of the development agenda of the Nitish-Lalu government in all blocks of the state.

Many young professionals from top-notch professional backgrounds like IITs and IIMs, and top consulting, law, analytics and finance companies of the world joined the CAG bandwagon in the run up to the Lok Sabha polls, attracted by Modi and his development plank. 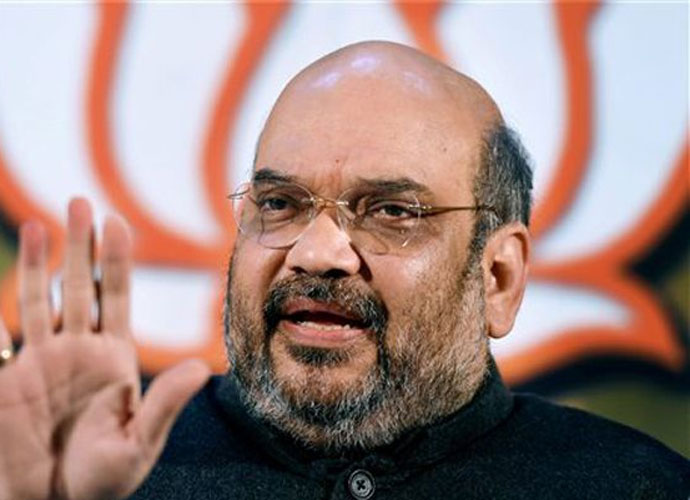 People who joined the movement would ask Kishor and his team about the plans of the CAG after the Lok Sabha polls. The answer they would get is that the CAG was expected to get many government consulting projects and would help the BJP in implementing its election manifesto.

After Modi got a thumping majority, Kishor felt he didn't get due credit which was stolen by Modi's right-hand man Amit Shah and the BJP's IT cell team. On the contrary, Amit Shah was upset that Kishor was usurping credit for Modi's victory.

The projects which were promised didn't come through. Differences cropped up. A dejected Kishor, subsequently, left the BJP fold. Now he seems to have got from the JD(U)-RJD government in Bihar what was promised to him by the BJP. In Bihar, he is playing a role in governance.

Also read: Can Prashant Kishor help Rahul Gandhi save face in UP?

State elections were held in four states after the Lok Sabha polls, out of which, the BJP won three convincingly (Maharashtra, Haryana, Jharkhand) and in Jamu and Kashmir, became a junior partner to the PDP-led government. Amit Shah earned the reputation of a master election strategist and all these elections were won without the help of Kishor's campain team. The Modi factor reigned supreme with or without Kishor. Amit Shah won round one versus Kishor.

The year 2015 saw electoral fortunes of the BJP dwindling immensely. It lost Delhi and Bihar by big margins. Kishor had his revenge when he steered the campaign of Nitish to defeat Modi in Bihar.

Modi was the face of the BJP's campaign and this was a big jolt to the party. It's IT division-run campaign looked lacklustre in front of Kishor's smart digital push. Amit Shah too committed many tactical errors. Kishor won round two versus Amit Shah and settled the scores.

Did Modi and Nitish win because of Kishor?

The BJP could have got a few seats less. It's difficult to quantify the impact of Kishor's campaign on Modi's and Nitish's victories. Kishor's campaign was definitely one of the significant factors which contributed to their victories. Though Nitish enjoyed high leadership ratings as against BJP's Sushil Modi in Bihar, Kishor acted as the bridge between Lalu and Nitish and smoothened the seat-sharing talks. 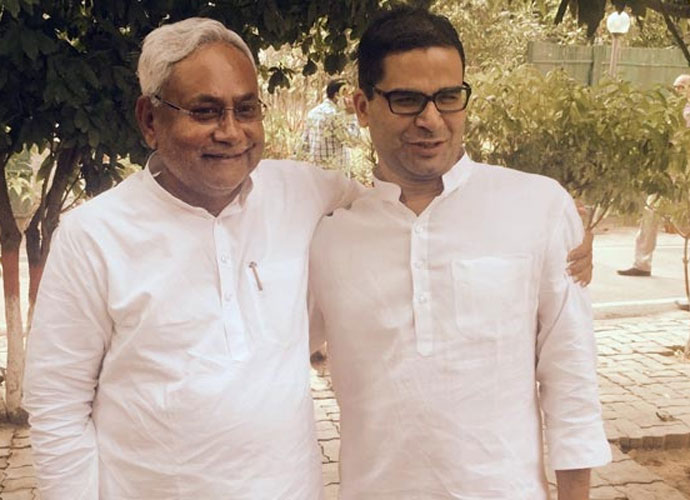 Kishor's campaign was a significant factor which contributed to Nitish's (left) victory in Bihar.

This also brings us to another moot question. "Can good marketing carry a bad product?" Could Kishor running a campaign for Rahul Gandhi have won the elections for Congress in 2014? The answer is obvious.

After Bihar, Kishor was contacted by Tarun Gogoi to run the Congress' campaign in Assam. After a few meetings, he declined the offer. The most obvious reason was the fact that the Gogoi government in Assam was suffering from big anti-incumbency and was expected to lose. Kishor wouldn't want to hamper his reputation.

Kishor has taken up the project of managing electoral campaigns of Captain Amarinder Singh in Punjab, the Congress in Uttar Pradesh, leading up to Rahul Gandhi's campaign in the 2019 Lok Sabha polls.

The real test for Kishor begins now. Till now he has run campaigns for people tipped to win. Now he has taken up the challenge to win elections for underdogs (though Amarinder can't be classified like this).

Opinion polls have put the Aam Aadmi Party (AAP) as the favourites to win convincingly in Punjab. The AAP and Kishor have many similarities in their campaign strategies, which involves door-to-door canvassing, building an aura around leadership, catchy slogans, data-backed selection of candidates, volunteers, research and so on.

If the AAP wins in Punjab it will be a big setback to the reputation of master strategist Kishor. The fact that the AAP doesn't have a chief ministerial candidate will be used by Kishor's team to counter the early advantage in the same way as in Bihar.

Kishor is also running the campaign for Congress in Uttar Pradesh. The Congress is in doldrums in the state. Even insiders don't see any chance unless the party ties up with the Mulayam Singh Yadav's Samajwadi Party (SP) or Mayawati's Bahujan Samaj Paty (BSP).

He has come up with some fancy ideas like Shiela Diksit as the chief ministerial candidate and Priyanka Gandhi to lead campaign efforts in Uttar Pradesh. Kishor is trying to revive the upper caste, Dalit and Muslim vote bank of the grand old party in Uttar Ppradesh. A section of the upper castes backed the Congress in Bihar, and Dalit and Muslim votes could move towards the Congress if people see it as an alternative to the SP and in position to take on the BJP. It is easier said than done. Priyanka was lagging significantly in leadership ratings in the "UP Ka Mood" poll by ABP-Nielsen with only two per cent votes for the most preferred chief ministerial candidate.

Even with regard to the Lok Sabha elections of 2019, Modi is well placed owing to good work done on the development front, control in price rise and corruption.

Rahul is no match for Modi at this moment as is evident across many surveys. Unless Kishor convinces Rahul to back Nitish as the prime minister. This looks highly unlikley at this juncture. It will also be tricky for Kishor to manage his personal relationship with Nitish and Rahul at the same time.

In effect, all this means that there could be three setbacks in a row for Kishor. This could be negated through some consolation win in Chhattisgarh and Rajasthan in 2018. It's not that he is not aware of these challenges and losses staring at his face, so he may have some new tricks up his sleeve which we will only see in due course.

It appears that Kishor has taken the fight with Modi-Shah to a personal level. After all he is human. Though the website of the organisation claims to be a cross-party advocacy group backing visionaries, this has somewhat got lost in translation.

Now the main agenda appears to be the defeat of BJP at any cost. In one of his meetings with Uttar Pradesh Congressmen, he stated stopping the BJP juggernaut as his main goal in the state. Given the Congress' position in Uttar Pradesh, Rahul may not be overtly displeased if the Congress fails to make significant ground but the BJP loses to BSP.

The Congress and Kishor both have a common target - BJP. However, Kishor knows he will face his biggest challenge in the coming years. Losses in Punjab and Uttar Pradesh will deal a severe blow to his otherwise successful career graph.

It may also remind everybody of a lesson or two about marketing. "The ultimate focus should be on a quality product. A product cannot spread if it's low quality, no matter how big the marketing budget. It can spread if it's high quality, even with little advertising." Readers would have got the hint which product I am talking about.

#Rahul Gandhi, #Amit Shah, #Narendra Modi, #Prashant Kishor
The views and opinions expressed in this article are those of the authors and do not necessarily reflect the official policy or position of DailyO.in or the India Today Group. The writers are solely responsible for any claims arising out of the contents of this article.