Who is funding Prashant Kishor?

Some say the money coming in as donation to respective parties is rerouted to meet the strategist's expenses. But can we be sure?

Prashant Kishor, aka PK, is the latest buzz in political circles. Facilitator, strategist, coordinator, Kishor is all that and more, credited with being the catalyst in perhaps the two of the most keenly watched elections in recent memory - the 2014 general elections and the 2015 Bihar Assembly election. Now, the Congress too hopes that PK will wave his magic wand and get the party closer to power in 2017 Assembly polls in the two politically significant states of Uttar Pradesh and Punjab.

Fresh from his Goliath-slaying stint in the Bihar elections, and after a month of will-he, won't-he rumour-dodging, Prashant Kishor has finally set up shop at the Congress war room headquartered at 15 Gurudwara Rakab Ganj Road, along with his initial team of approximately 250 people in each of the two states. Apart from the New Delhi office, two other offices have also come up - in Lucknow and Chandigarh. At present, the Lucknow office is functioning within the precincts of the Pradesh Congress Committee office until they come up with a suitable alternative accommodation.

The Congress war room is abuzz with activity and Kishor conducts his meetings with the Congress leaders in this hallowed space only. The general understanding is that his researchers will eventually have their workstations there.

The name of his organisation is I-PAC, or Indian Political Action Committee, a spin-off from the American counterpart PAC, which is a type of body that pools in campaign contribution from members and other donations to fund campaigns for or against particular candidates. This model is markedly different from the practices in India, where election funding is either party or individual driven.

But the pressing question is, who funds Prashant Kishor's elaborate and meticulous campaigns and how much does it take to swing electoral fortunes ala the I-PAC chief? 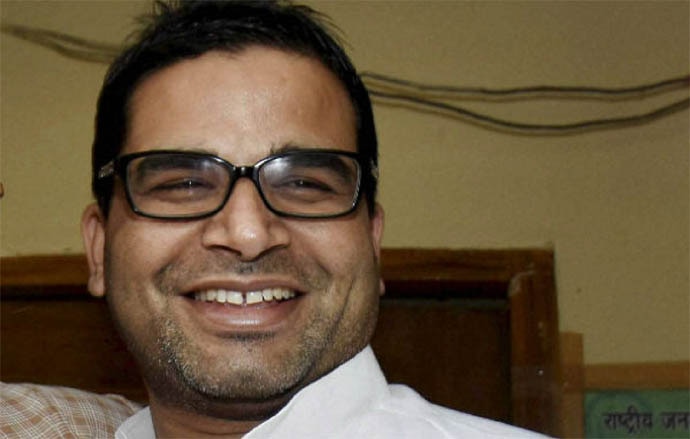 There's very little concrete information on the money trail that lands on Prashant Kishor's desk and gets channeled to fund his thorough and expansive electioneering campaigns. Be it Lok Sabha 2014 or Uttar Pradesh 2015, the abiding mystery that is I-PAC's monetary background alludes even the most seasoned in the political and media circuits.

The fascinating trivia doing the current rounds is actually quite stunning. According to it, Prashant Kishor does not take any money directly from the concerned party for rendering his extraordinary, politics-reorienting services.

But there's occasionally a quotable estimate, a round figure of sort of his staggering electioneering work. As per highly placed sources in the Congress, Kishor has estimated that the total campaign expenditure in Uttar Pradesh for the Assembly elections next year would be about Rs 500 crores.

For someone heading an organisation credited with turning electoral fortunes but with no definite or declared source of funding, that sum is certainly not a trifling amount.

Pratik Jain, one of the founding members of I-PAC, says, "We are products of premier institutions like the IITs, IIMs, ISB and have left our jobs for this initiative to volunteer." He also adds that they only work on a "sustenance/subsistence" basis and that is how the "volunteering" aspect comes through. But when we ask him about the nature of the funding, or its sources, pat comes the reply that it's an internal matter which he would not like to disclose.

So what would be the "subsistence level" for someone from the IITs, IIMs or ISB?

Well, if we do a simple back of the envelope calculation, having three offices comprising 250 people per office drawing a minimum salary of Rs 50,000, the amount comes to Rs 1.25crores (or rupees one crore and twenty five lakhs). Apart from this, there is the required amount spent on equipment, electricity, office and travel expenses. All this pegs the minimum expenditure to about Rs 1.5 crore (crore and a half) per month. At a very guarded estimate, just the basic salary of the central team is about Rs 18 crores a year.

And this figure is just the tip of the iceberg.

Vinesh, who heads the team in Lucknow, states that this is just the "core team". As the elections near, at least one person to man a constituency is required. In high-profile constituencies, this may even add up to three or four persons. So, in Uttar Pradesh, there are 403 constituencies, which means at least 403 more employees. This is known as the "ground force", which gives data and inputs in several forms to the central team. If we include "media buying", which happens closer to the elections, then the figure is indeed quite staggering.

After all, an estimated budget of about Rs 500 crores has been quoted for in the Uttar Pradesh elections. But the big question, indeed the elephant in the room, is, firstly, where are the funds coming in from, and, secondly, why is Kishor spending his "own money" and what does he even mean by that?

When we tried contacting him to find out more about the funding aspect, a very curt Prashant Kishor told us to write whatever we want to, as he is "not interested in talking about it at all". He also said that we should meticulously do our own research and not spin a four-year-old yarn! If some of the sources are to be believed, Kishor is said to be "raising the funds himself" rather than having the parties pay him directly. One leader of the Congress, on condition of anonymity, says that when one is seen hobnobbing with the likes of Rahul Gandhi, Nitish Kumar and Captain Amarinder Singh, it is certainly not difficult to raise funds. But even then, unless there is a direct and steady source of income, how can an organisation of the scale and impact like I-PAC, survive, and indeed grow?

The buzz goes that the money which comes as donation to the respective parties is instead rerouted to Kishor's team to meet his expenses. So one could say, technically, Kishor is correct insofar as the parties do not pay him directly, but it certainly is an indirect payment. Also apropos the pay cut which is being taken by the central committee members of I-PAC, it is being referred to in Indian political circles as American-style political volunteering.

If I-PAC is a new kind of a political start-up, insofar as it's not a political party with a definite ideology and vision, but an organisation offering the modes and tools of new-age politicking in keeping with the digital age and all its associated requirements in a country that is as large and various as India, Prashant Kishor is its secretive, almost oracular, chief who operations excite as much as elude the average election enthusiast.

Even Kishor's friends and acquaintances in the political circles give evasive answers when confronted with this question: Who funds the I-PAC?

When asked about the funding, Shakeel Ahmed, general secretary in-charge of the Congress for Punjab, said that the arrangement was between Captain Amarinder Singh and Prashant Kishor, and that the AICC had nothing to do with it. The grapevine says that Captain Amarinder Singh will be arranging for all the expenses borne by Kishor's team in the build-up to the 2017 Assembly polls in the state. 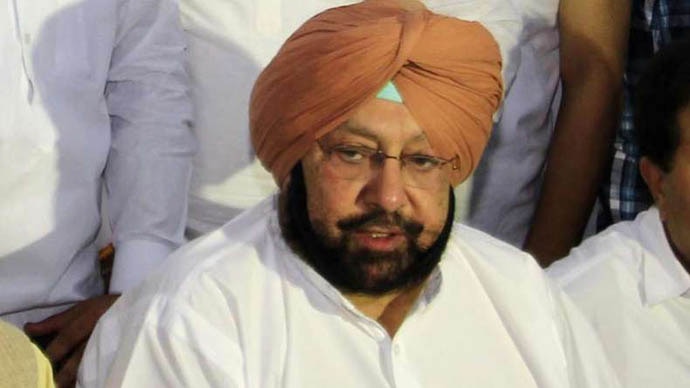 This definitely means that a budget has been drawn up for Punjab. Yet, curiously enough, the AICC has no direct part to play in the budget estimation. It seems now a significant chunk of the donations and/or corporate funding, which would have come the Congress' way, is being diverted to meet Kishor's campaign needs. This diversion happens, obviously, to the extent of meeting the budget requirements. The party does not show it as donation in its books. And we can only assume that the digression is indeed filling up the I-PAC coffers.

This is how salaries and other expenditure of I-PAC are being currently met. Obviously, we have no direct answers, nor is anyone willing to come forward and explain why this tendency to conduct the I-PAC affairs in such a hush-hush manner is at all being encouraged by Kishor.

Similarly, when we spoke to senior JD(U) sources, even they agreed that the party did not pay Kishor out of its own pocket, apart from providing him with basic infrastructure help and some seed money. But even then, it was a huge setup.

The rest of the amount was raised by Kishor and his team with some "able guidance". In the case of Bihar elections as well, office accommodation was provided by the JD(U) and the rest came as indirect donations and corporate funding to meet the expenses.

Clout with the top bosses

Initially, I-PAC operated out of chief minister Nitish Kumar's residence and later acquired a space of its own. In Bihar, apart from the central team comprising around 55 members, there were about 1,500 persons acting as the ground force. Here also, if we do the calculation, even a rather guarded estimation would show that the figure for just the salaries comes to around Rs 32 crores per annum.

The funding here also was indirectly guided towards I-PAC with the help of the JD(U). It is said that two industrialist benefactors of the JD(U) were asked to look after the expenses of the operation. One was from Mokama, while the other from Bhaktiyarpur. All this, and some donations which were minuscule in nature, made up the funding side of the Bihar story. In his innings with the then Gujarat chief minister Narendra Modi, Kishor was working directly out of the CM's residence for three years. Closer to the 2014 Lok Sabha elections, he formed the group called CAG: Citizens for Accountable Governance.

Here also, he had about 60 people working as part of the central committee, who were persons without any prior political experience. They were pass-outs from prestigious institutes and had taken drastic pay-cuts to and work for this experience. They were also earning from Rs 50,000 to about one lakh each. So if we take a rough estimate, it would be something around Rs 3.5 crore per annum excluding the ground force salaries.

Even here, the grapevine is that funding was provided to them in a similar fashion as it was done in Bihar by JD(U), or is being currently underway in Uttar Pradesh and Punjab, in case of the Congress.

However, Bharat Pandya, spokesperson of the Gujarat BJP, says that they had no idea how Kishor managed his funding.

Election funding has always been a tricky issue in India. The kind of exercise which I-PAC has in mind requires at least Rs 500 crores in Uttar Pradesh alone and an almost similar amount in Punjab. This funding is made available indirectly by the respective parties it works for. Yet, in the age of hankering for transparency and right to information, when citizens have every right to know how their representatives are picked and elected in this herculean parliamentary democratic setup, Kishor's modus operandi may be stupendously successful, but is it all clean?

And this begs the question: if the strategist-in-chief of India's political horizon isn't upfront about his financial sources, can we expect the same from our legislators at all?

But the ultimate selling point of I-PAC, besides Prashant Kishor's own brilliance, is the kind of political volunteering it gets done, bringing in highly qualified professionals at about half the market rates. This is democracy meeting technocracy, and Prashant Kishor knows how to work it best.

#Bihar polls, #Uttar Pradesh, #Punjab Assembly polls, #Prashant Kishor
The views and opinions expressed in this article are those of the authors and do not necessarily reflect the official policy or position of DailyO.in or the India Today Group. The writers are solely responsible for any claims arising out of the contents of this article.