Why Priyanka will be a bigger failure than Rahul Gandhi

It is doubtful whether the daughter of party president Sonia Gandhi can cope if given sudden power.

There is some thinking within the Congress that if somehow vice-president Rahul Gandhi was bypassed and his younger sister Priyanka Vadra made in charge, that would miraculously revive the fortunes of the Grand Old Party.

That's quite unlikely because the Nehru-Gandhi dynasty follows the untold rules of monarchy that the eldest heir is fully in charge and other siblings may not share power simultaneously. During Indira Gandhi's reign, Sanjay became crown prince only when his elder brother Rajiv abdicated. Rajiv was forced to step in when Sanjay died.

Rahul entered politics in 2004 and so far Priyanka has not held any meaningful official post in the last 12 years. Rahul looks extremely uncomfortable in politics but he is fighting and so far showing no signs of abdicating.

Also read: Shiela Dikshit to be CM face in UP, Priyanka Gandhi to lead campaign?

But even if Rahul did step down and Priyanka took over, it is doubtful that she would be any more successful that her brother (and he has proved to be quite a failure, mind you!)

The answer is, way back in 1980, when Indira stormed back to power to thrash the Janata Party. Jawaharlal Nehru and Indira won on the basis of their charisma alone, but that cannot be said of their descendants. 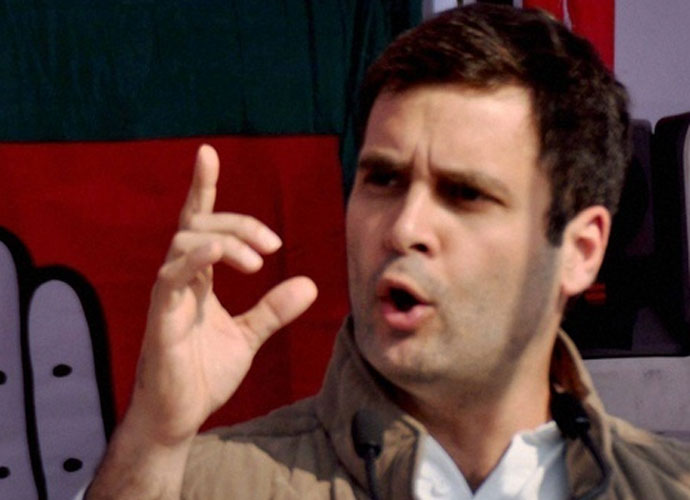 Rahul looks extremely uncomfortable in politics but he is fighting and so far showing no signs of abdicating.

In 2009, Manmohan Singh won it for the Congress. That he was further sidelined angered the voters. The law of diminishing returns can be seen as follows:

In 1999, Sonia broke the all-time low record with a mere 114 Lok Sabha MPs. Rahul broke that record in 2014 (though he didn't openly declare it, but it was clearly implied that he was the prime ministerial candidate of the Congress) with an abysmal 44 seats.

Also read: Why Priyanka Gandhi is calling herself a horticulturist

If at all Priyanka inherits the political treasury of the Nehru-Gandhi dynasty, she will find that the family cupboard is totally bare of silverware. And this brings us to the second point of her political experience. She has none. Of any kind actually!

Nehru was a freedom fighter before he became the prime minister. Indira was Nehru's virtual chief of staff for 17 years, Congress Working Committee member, party president, Rajya Sabha MP and information and broadcasting minister before she became prime minister.

Rajiv was anointed number two in 1980. He became Lok Sabha MP in 1981 and Youth Congress leader the same year. Rajiv then went on to successfully coordinate the 1982 Asian Games. Even Rahul has been an MP for a good 12 years and is still struggling.

So that brings us to Priyanka. She is 44. What is her work experience? Has she even worked a day as a corporate manager? Has she been party general secretary? Is she the head of many charity organisations? What does she do?

Isn't it baffling that a woman has spent 26 years of her adult life doing virtually nothing and she may still become prime minister at the whim of a party sometime in the future? If you are a Priyanka supporter then you may say it's none of my business.

However, she has expensive SPG cover (that covers her husband and children) and has been occupying a government bungalow since the 1990s. Every taxpayer in India has a right to ask about her. This is because the party has a habit of suddenly offering the post of prime minister to a dynast out of the blue (Indira in 1966, Rajiv in 1984 and Sonia in 1991).

Reports are mentioning her as a candidate for the chief minister of Uttar Pradesh and her name will come up for the country's top job in 2019 should Prime Minister Narendra Modi faces a really rough ride.

Even Sonia was the wife of a prime minister for five years. History will tell you that all political spouses wield great power, though the same may not be said of their children. It is doubtful whether Priyanka can cope if given sudden power.

Another drawback is her oratory skills. While she always remains behind the scenes, she did give a few speeches to smallish crowds during the 2014 general elections. Those speeches were childish and laughable at best.

Moreover, while certain Congress leaders are passing her off as another Indira, she sounded more like Sonia then.

While that was the flavour of the day, it was forgotten because Priyanka too receded to the background.

Then there's Robert Vadra, whose reputation hangs like a millstone round Priyanka's neck. Robert is always in the news for all the wrong reasons. Whether it's his land dealings or SPG cover or his run-ins with the media or his name on airport security lists.

Sonia's name has come up in the AgustaWestland scam. Rahul and she both have featured in the National Herald case. Congress leaders may want to start on a fresh slate by introducing Priyanka, but the Vadra factor will nullify that.

But even as Priyanka goes, there is the issue of her having multiple director identification numbers (DINs) in the past and a Lutyens' bungalow. To complicate matters, the Himachal Pradesh High Court has issued her a notice in a land case. She may have zero experience, but the list of alegations on her in not short.

The Congress instead of rebuilding the party and creating a grand strategy to fight the BJP in 2019 seems to be praying for miracles.

#Rahul Gandhi, #Sonia Gandhi, #Congress, #Priyanka Gandhi
The views and opinions expressed in this article are those of the authors and do not necessarily reflect the official policy or position of DailyO.in or the India Today Group. The writers are solely responsible for any claims arising out of the contents of this article.