For many, the memory of Indira Gandhi is associated with a chaotic, violent, horror-filled time. Not something that would make them want to vote for her granddaughter.

Growing up in Patna, Bihar, in the 1970s, I had a front-row view of the events of the historic JP movement.

The then-Prime Minister, Mrs Indira Gandhi, had just been found guilty of violating electoral laws by the Allahabad High Court. She retaliated by proclaiming a National Emergency on the midnight of June 25, 1975. Constitutional rights were curtailed, Opposition leaders were imprisoned, and the PM was authorised to rule by decree, bypassing Parliament. Under JP, youth across North India rallied against the Emergency — and against Indira Gandhi.  (Photo: India Today Archives)

Jayaprakash Narayan, affectionately called 'JP', an ageing, frail Socialist leader, galvanised the youth across North India to oppose the Emergency, with his call of ‘Sampoorna Kranti’, the total revolution. Protest marches, arrests, extended curfews were the order of the day.

When the Emergency was finally lifted, and fresh elections were announced in 1977, Indira Gandhi was defeated. As the ballots were counted and the results trickled in slowly in the pre-EVM era (I wasn’t even 10 then), I stayed up all night under a mosquito net with my dad, glued to our white Murphy transistor radio, listening to the election results on Akashvani.

The news of Indira Gandhi’s defeat was announced in the wee hours, with the radio station playing ‘Savere wali gadi se chale jayenge’. We danced, banging on metal thalis, and hugged everyone in the street. The Congress is at pains to emphasise this resemblance. It might want to rethink the strategy. (Photo: Twitter)

Needless to say that for many of us, the memory of Emergency, and that of Indira Gandhi, is of a chaotic, uncertain, horror-filled time. So when we are asked to see a resemblance of Indira Gandhi in her granddaughter Priyanka Gandhi Vadra, five thoughts come to my mind immediately due to association.

The 'Maintenance of Internal Security Act' or MISA was a much-dreaded, draconian law in the history of the Republic of India. Enacted in 1971, the Act gained notoriety during Emergency.  Enforcement agencies were entrusted with special powers to arrest anyone without warrant. Disregarding legal and constitutional safeguards, the Act was immune from any judicial review. 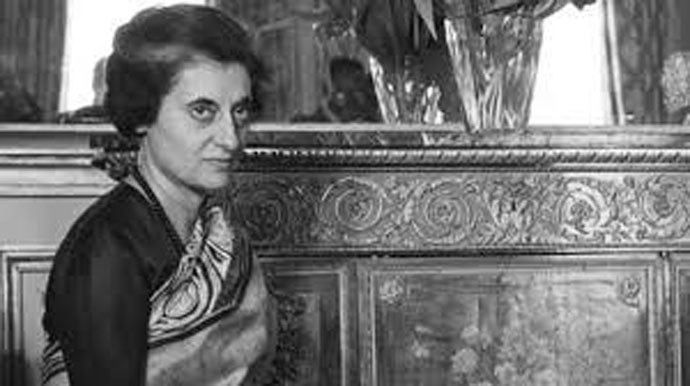 Indira Gandhi showed scant regard for the Constitution when she used MISA to jail her opponents. (Photo: PTI/file)

Indira Gandhi used MISA to arbitrarily arrest and allegedly torture thousands of her political opponents. The Act was amended many times during Emergency, and to bypass any judicial oversight, it was put under the Ninth Schedule of the Constitution of India. As M Kannapan, a former DMK minister, once recounted: “When former Prime Minister Indira Gandhi was in a precarious situation, facing political instability, she decided to invoke MISA across the country, ordering the arrest of various political party leaders.”

'Nasbandi' was the mass sterilisation programme, mostly of men, during the Emergency. 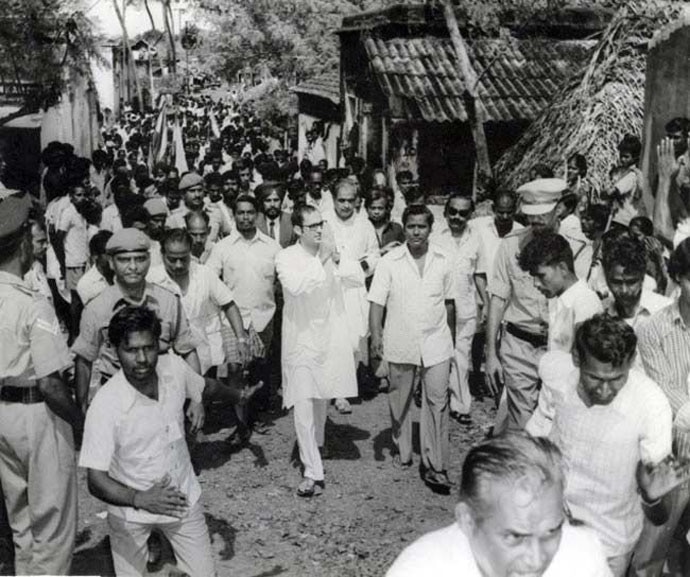 Millions of men were sterilised, many forcibly, because Sanjay Gandhi, the PM's favourite son, wanted it so. (Photo: Twitter)

In its first year itself, approximately 6.2 million men were sterilised, most of them forcibly (there were reports of police ‘cordoning off villages and virtually dragging the men to surgery’).

To put things into perspective, the Nazi sterilisation program of Hitler that began in January 1934 sterilised an estimated 300,000 to 400,000 people.

Turkman Gate, built in 1658, is named after a Sufi saint, Hazrat Shah Turkman Bayabani. It is situated near Old Delhi’s historic Jama Masjid.

In April 1976, a sterilisation clinic was established there and people were forcibly rounded up and brought to the clinic. This resulted in panic, and tension started to mount in this heavily Muslim-inhabited area. The locals were also fighting against the government’s anti-encroachment drive, which would have resulted in the loss of dwellings for thousands. 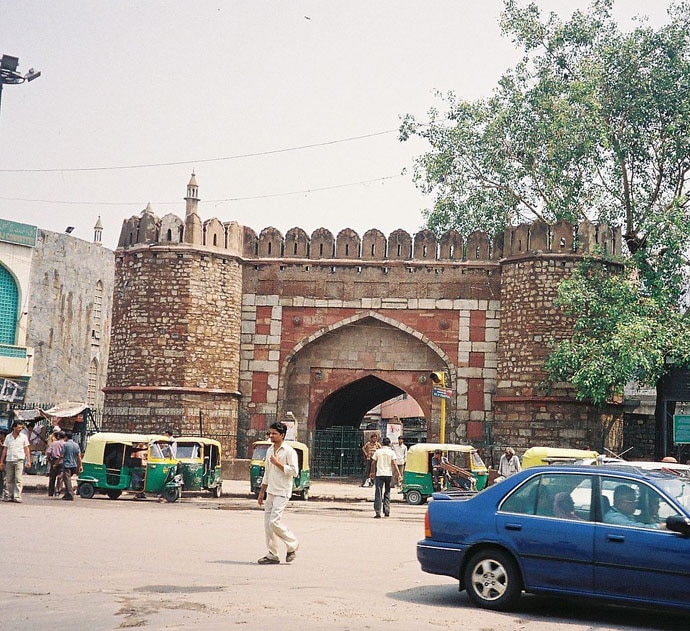 Government bulldozers ran all over those windy narrow gullis, demolishing pretty much everything that came in their way.

Sanjay Gandhi himself reportedly supervised the entire operation from atop a nearby hotel, with a pair of binoculars.

Police opened fire on protesters, killing many. Many more were also reportedly run over by the bulldozers.

After negotiations with Khalistani militants failed in the 1980s, Prime Minister Indira Gandhi announced on national radio that she was calling the Army into the Golden Temple.

The Bihar Regiment of the Indian Army launched an assault on the Golden Temple in Amritsar, one of the holiest shrines of the Sikhs, to oust Bhindranwale and his heavily armed and well-trained followers holed up in there. In 1984, the Indian Army had to storm into the holiest Sikh shrine, the Golden Temple. (Photo: India Today Archives)

By the time the Operation ended, the Temple was badly damaged, with visible gaping holes in the Akal Takht itself. Bhindranwale, along with 41 others, were found dead inside the complex. The Indian Army too suffered several casualties.

5.). The Constitution of India

The Preamble of the Constitution of India, like most other preambles, expresses the ideals, aspirations, expectations, and objectives of the citizens of India.  But if we compare the original Preamble to the current one, they don’t look the same. The very Preamble of the Constitution was amended during the Emergency. (Photo: Wikimedia Commons)

The amendment, officially known as The Constitution (Forty-Second Amendment) Act, brought changes to almost all parts of the Indian Constitution. That it was done during Emergency makes it even more controversial.

The physical resemblance of Priyanka Gandhi Vadra and Indira Gandhi is quite remarkable.

However, it is hard to think of Indira Gandhi without the horrors of Emergency and some more politics that followed. If that resemblance also triggers the memory of the events listed above, it may alienate many middle-aged or older voters.

#Emergency, #Congress, #Indira Gandhi, #Priyanka Gandhi
The views and opinions expressed in this article are those of the authors and do not necessarily reflect the official policy or position of DailyO.in or the India Today Group. The writers are solely responsible for any claims arising out of the contents of this article.