Long been relegated to the margins in UP, the Congress has been missing a strong face in the state. With Priyanka, the party hopes to finally fill that gap.

Things are definitely heating up in the run-up to the General Elections. The latest is the highly anticipated arrival of Priyanka Gandhi Vadra, who officially entered active politics and was appointed AICC General Secretary for East Uttar Pradesh for the 2019 Lok Sabha Elections.

The party, it seems, is quite enthused, fired up and ready to go!

While there has been demand for Priyanka's candidature from party cadres for long, the party had been noncommital. Recent political churnings seem to have forced a rethink.

The party has made Priyanka in-charge of East Uttar Pradesh, with Jyoitiraditya Scindia also made General Secretary for West Uttar Pradesh, the significance of her taking on the role is not lost on anyone any longer, especially since PM Modi will himself most probably be fighting the 2019 elections from Varanasi.

Riding high on its recent wins in the Hindi heartland, two developments had taken the wind out of the resurgent Congress' fold, namely, the decision of the Narendra Modi government to give 10 per cent reservation to the EWS (Economically Backward Section) and the recent SP-BSP alliance in Uttar Pradesh, which left the grand old party out in the woods. With her formal induction, just months before the Lok Sabha elections, there are already talks of Priyanka Gandhi contesting from Rae Bareilly. (Photo: India Today)

Priyanka, 47, sister of Congress President Rahul Gandhi, has restricted herself till now to the constituencies of Amethi and Rae Bareli, represented by Rahul and their mother Sonia Gandhi, since 2004, but refused till now to officially enter the fray.

With her formal induction, just months before the Lok Sabha elections, there are already talks of her contesting from Rae Bareilly.

Also, coming in the wake of women politicians like BSP supremo Mayawati and TMC chief Mamata Banerjee's bid for the Prime Ministerial berth, in case both the NDA and the UPA fail to reach the magic mark, in the upcoming Lok Sabha Elections, Priyanka's entry could severely impact the regional parties' strategy.

While Rahul has been able to take on PM Modi, the Congress President was finding it difficult to garner support from regional allays, with both Mayawati and Mamata Banerjee fast becoming the rallying points of Opposition unity.

With Priyanka officially in its fold, the Congress would be hoping to attract more allies, riding on the expectation of doing much better in UP.

Seen as an articulate spokesperson, with mass appeal across gender and age, Priyanka, with a striking resemblance to her grandmother, former Prime Minister Indira Gandhi, could tilt the balance in favour of the Congress party in the politically significant state of Uttar Pradesh. 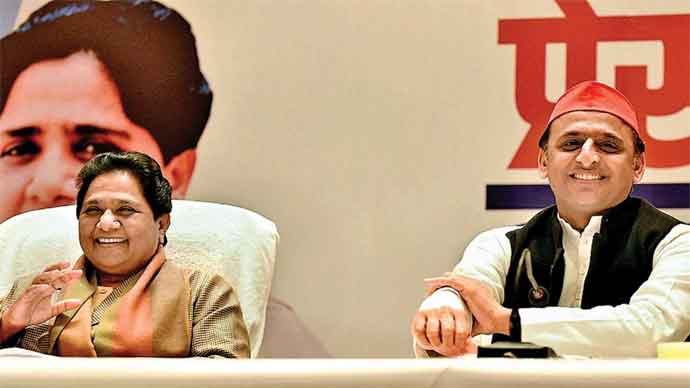 The recent SP-BSP alliance in Uttar Pradesh, had left the Grand old party out in the woods. (Photo: PTI)

With 80 Lok Sabha seats on offer, Uttar Pradesh will be the gateway to the centre in 2019, something not lost on any political party.

The ruling BJP, which won 71 seats in the 2014 Lok Sabha elections, has already realised it will not be able to repeat the performance, especially in the face of the SP-BSP alliance.

With Priyanka in the fray, it could get trickier, not only for the BJP but also for the alliance.

Long been relegated to the margins in UP, the Congress has been missing a strong face in the state. With Priyanka, the party hopes to finally fill that gap.

The BJP has been mostly dismissive about the impact of her entry, calling it the Congress party's dynastic politics.

But the biggest impact could be on the morale of the party cadres.

On the back-foot, especially after being left out of the SP-BSP alliance, the workers are now enthused and this could bode well for the party. The only glitch in the plan seems to be the charges of alleged fraud against Priyanka's husband Robert Vadra (Photo: India Today)

Priyanka, who played a key role in the 2017 Congress alliance in UP with Akhilesh Yadav's SP, could also play a significant role in reaching backroom understandings with both the SP and the BSP and also in post-poll talks. It would also leave Rahul Gandhi free to concentrate on the other states.

The Congress, which has already announced it would fight alone on all the seats in UP for 2019, would be not only be able to attract the fence-sitters now but also get back some voters that it has recently lost to other parties.

The only glitch in the plan seems to be the charges of alleged fraud against Priyanka's husband Robert Vadra, something that the BJP had been using against the Congress since the run-up to 2014. 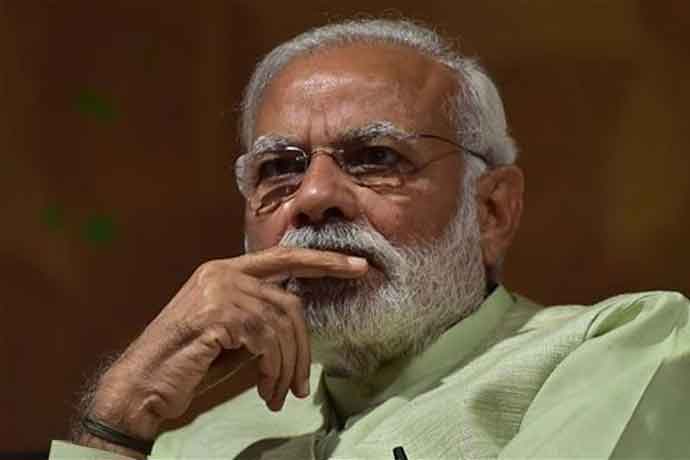 The Congress party understands that Modi still holds appeal with a section of the voters (Photo: PTI)

With Rahul increasingly making corruption charges against the Modi government, it would provide more ammunition to the BJP to take on the Congress in this war of narratives.

The Congress party understands that Modi still holds strong appeal with a section of the voters and mere alliances and anti-incumbency would not be suficient to unseat him.

From Modi's comparison of 'Kaamdaar' and 'Naamdaar' to the Congress' charge of 'Chowkidaar chor hai', with Priyanka officially in active politics, things would definitely heat up.

But the Congress seems to have finally bitten the bullet.

For the party, it seems, the benefits of inducting Priyanka far outweigh any possible damage due to the Vadra controversy.

Also read: When Tejashwi met Akhilesh and Mayawati. How the opposition is using Modi's strategies to defeat the BJP in 2019

Post your comment
#2019 Lok Sabha elections, #Narendra Modi, #Rahul Gandhi, #Priyanka Gandhi
The views and opinions expressed in this article are those of the authors and do not necessarily reflect the official policy or position of DailyO.in or the India Today Group. The writers are solely responsible for any claims arising out of the contents of this article.