The BJP did not have to do too much as Priyanka Gandhi and the Congress wrote their own doom in the Lok Sabha Elections 2019.

2019 had begun on a promising note for the Congress.

Basking under the glory of the party’s win in the three states of Madhya Pradesh, Rajasthan and Chhattisgarh, the Congress formally inducted Priyanka Gandhi Vadra as AICC general secretary. She was dubbed a “game changer” and a “bhramastra” by her party colleagues and a section of the media, even as the BJP maintained a studied silence. Instructions were reportedly issued by the BJP top leadership not to attack her or build a narrative of Priyanka versus Narendra Modi. 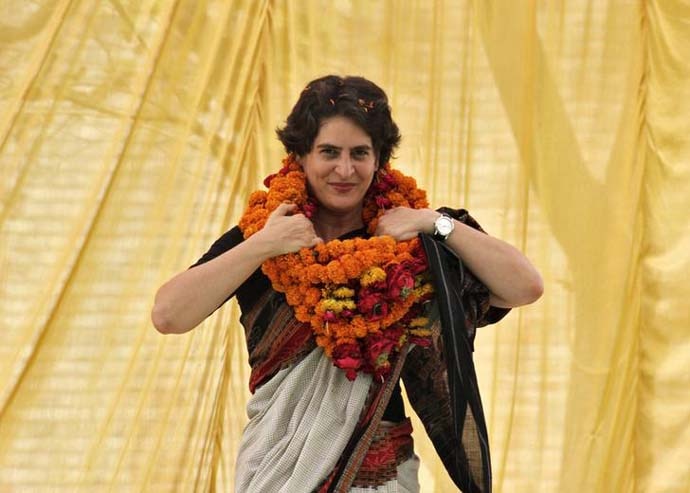 She came as the Congress' 'Brahmastra'. But clearly, the weapon misfired. (Photo: Reuters)

Just as Priyanka was set to hold her first press conference in Lucknow on February 14, a CRPF convoy came under attack in Jammu and Kashmir, killing over 40 soldiers in a most gruesome manner. The entire country was outraged even as Prime Minister Narendra Modi bided for time. The Congress showed restraint but as days passed by, it began wondering why Modi was shying away from seeking a befitting revenge.

The announcement of General Elections was on the cards when the Indian Air Force struck deep inside Pakistan, destroying a terror camp in Balakot.

For days, Priyanka struggled to come out and pick up the threads to launch her poll campaign. 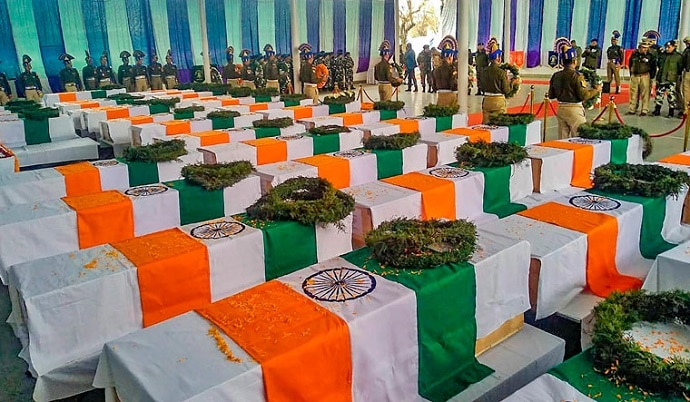 The May 23 verdict has many lessons for the Congress — and Gandhis.

Rahul, Sonia and Priyanka need to introspect hard and selflessly about why their combined efforts were not enough to check the return of Prime Minister Narendra Modi.

If the exercise is conducted in a clinical manner, the blame may find itself at the Gandhis’ doorstep. Throughout the campaign period, the Gandhi trio seemed out of sync and reality. They failed to learn any lesson from the 2014 defeat or to fix responsibility. Instead of raising issues of bread and butter — the agrarian crisis, unemployment, water scarcity — Rahul Gandhi kept harping on the theme of Rafale. Like a man possessed, he kept targeting Narendra Modi without much documentation or evidence, dubbing the Prime Minister 'Chowkidar chor hai'. It was a pity that none of his advisors and party leaders could dissuade him from turning the 2019 battle into a fight between him and Modi, instead of focusing on local issues, on candidates and alliances.

Nor was there any courage of conviction among CWC members to tell Rahul that Modi’s image among the poorest of the poor, the backwards as well as upper castes, remained relatively clean.

Modi was seen as a man of action who dared to get even with Pakistan without caring for international opinion or repercussions. The 'Ghar mein ghus kar mara' narrative brought a great deal of satisfaction and pride to every Indian citizen across the country. The least Rahul and Priyanka Gandhi could have done was to leaf through the papers and literature of the 1971 War to get a sense how Indira Gandhi had turned into a national heroine, cutting across regional, gender and sectarian lines.

Priyanka Gandhi made three crucial mistakes — and may have to suffer for it for the rest of her life. She was amateurish to have toyed with the idea of contesting against Prime Minister Narendra Modi — and then back out the day Modi held a mesmerizing show of strength at Varanasi. Her apolitical advisors may have been naïve enough to suggest creating a “buzz” around the Varanasi contest. The contest finally was not there — but the damage was huge.

Voters in Uttar Pradesh and the rest of the country were quick to grasp that Indira’s granddaughter had chickened out, fearing defeat. Time to introspect: But will the Congress' top trio, Sonia, Rahul and Priyanka Gandhi, be able to do this clinically? (Photo: PTI)

There were other plots too. The BJP and Sangh Parivar were apparently quick to spread a rumour through WhatsApp and other potent social media tools about how the ‘Rahul Camp’ scuttled Priyanka’s own political instincts to take on Modi as it would have diminished Rahul’s stature within and outside the Congress.

Priyanka’s second folly is to have uttered a ‘vote katua’ description for the Congress in Uttar Pradesh.

A mix of inexperience and a sense of candidness resulted in Priyanka telling a journalist how the Congress nominees in Parliamentary seats of Uttar Pradesh were chosen to cut BJP votes. Even a cursory look at the caste profiles of Congress candidates would have confirmed this — but a public pronouncement, followed by heated TV debates, made Priyanka come across as a goofy greenhorn.

Finally, the third and biggest political mistake of Priyanka was to have accepted a thankless job as AICC general secretary, in charge of 40 Lok Sabha seats from Uttar Pradesh.

The grand old party was short of the organisational network, credible leaders, resources — and virtually everything in the region.

There is a Nigerian proverb that says, “When the mouse laughs at the cat, there's a hole nearby.” In Priyanka’s eastern UP story, there was nothing of that sort.

In a show of bravado, she decided to take on a bullish BJP and the caste-based Samajwadi Party-Bahujan Samaj Party mahagathbandan. Priyanka went on campaigning, holding roadshows but there were few takers. Muslims, Dalits and a section of Brahmins from eastern UP watched her with interest but did not cast their vote for the Congress simply because the party was not in the reckoning.

Thus, mission Uttar Pradesh, rather, eastern Uttar Pradesh was a disaster and a non-starter from the start. Her utmost regard for perceived hierarchy within the Congress and reluctance to overshadow her brother Rahul Gandhi since January 24, 2019, reflected badly on her. Priyanka’s disinclination to grant interviews to TV news channels and newspapers failed to project ‘Brand Priyanka.’

Funnily, throughout the election period, she kept trying to win the minds and hearts of Congress workers — rather than voters spread all over the country.

Had Priyanka contested from any seat, such as Amethi, Phulpur, Allahabad or even Varanasi, she would have emerged as a bindaas warrior, one among millions of Congress workers fighting shoulder-to-shoulder against Modi-BJP-Sangh Parivar.