Tiger is not the only animal that needs saving

There is a need to examine alternate conservation methods instead of putting all the resources into rescuing one animal.

Tiger conservation gets too much money and attention. There, I've said it. I've said it even on the heels of a heartening report (although the results have attracted contention) that that the tiger population in India is more robust than it has been in a while.

Don't get me wrong: I am an impassioned lover of wildlife. I am also, let me add, deeply appreciative of the efforts of several amazing tiger conservationists, who have done a commendable job bolstering numbers against all odds.

However, I do believe that tiger-centric conservation is eclipsing every other species need. By giving this too much attention, are we neglecting less glamorous species? More importantly, are we underestimating their co-dependence? 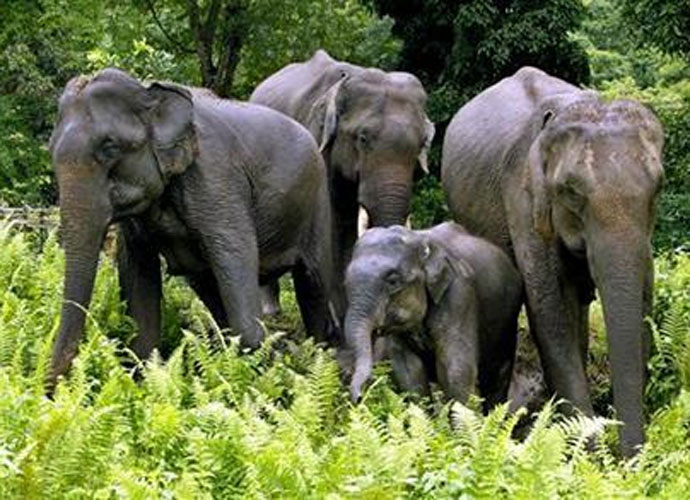 Never before was the time right for us to launch a campaign to save the poor elephant.

The reasons behind it are not entirely incomprehensible: certain species are thought of as more charismatic than others (more often than not, it's the large mammals): tigers, great apes, whales. They become symbolic, like mascots of the movement as a whole.

The flip side of this is that funding and politics (and sometimes corruption) become enmeshed. It often leads to the creation of bureaucracies; NGO activity gets heavily skewed — and then celebrities jump in.

When glamour-driven money goes into one species, like it has with the tiger, often, things get tricky. A small example lies in the case of Amitabh Bachchan and Project Tiger for instance — the fall out from the Panama Papers outing.

Then, there is the question of governance. If reports are to be believed, 50 per cent of India's wildlife conservation budget goes towards tiger conservation. This isn't counting other private funds and foreign grants. That's big money. Who is watching the flow of these funding taps?

Chris Packham, a BBC wildlife presenter got into a lot of trouble when he said: "Tiger conservation is a multi-million pound business that isn't working. If it were in the FTSE 100, it would have gone bankrupt," he said, alluding to the vast resources that have been poured in with, as he calls it, limited results.

None of this is about blaming the poor tiger of course, which needs all the help it can get to survive amid mounting strain on its habitat, but I believe that the larger funding should go towards protection of eco-systems as a whole, including the voluntary relocation of human settlements to relieve stress on forests, making room for not just tigers but for all the other species that survives under its umbrella.

The focus on the tiger as a mascot species should be training the spotlight on the enormous biodiversity that it supports. Local conservation groups should use the idea of the dependency creatively to rally local support for other species.

I recall a recent holiday in Kabini when my jungle safari was led by an ardent young tiger conservationist. Whilst his knowledge of big cats was impressive, he was so focussed on delivering his promise of a tiger sighting, the entire lot of safari goers sat immune to the other wonders of the forest.

Even the sighting of a young lone tusker (becoming a rarer sight) didn't bring the kind of joy I expected to see. A classic case of missing the woods for the trees.

Which brings me to the case of the Indian elephant. Never before was the time right for us to launch a campaign to save the poor elephant, that has become so much a part of us — we see it begging on the road, performing at temples — that we are oblivious to it suffering the biggest consequences of man-animal conflict (also, the most people killed in man-animal conflict are by elephants), whether in Kaziranga, Corbett or Periyar. And what about the leopard or the wolf?

There is no long-term project on birds, despite India being home to some of the world’s rarest birds. Recent reports on Karnala, a bird sanctuary just outside Mumbai, state that it's lost 42 per cent of its bird species in the last decade.

India is home to some 132 species currently considered critically endangered, many found outside of tiger habitat, which incidentally get a tiny proportion of the annual maintenance given to tiger reserves.

Agreed, one of the major problems here is one of limited funding sources and I agree that going up the food chain often seems like the wise choice.

Extinction rates are alarming — we're losing species, some scientists say, up to 1,000 times faster than the normal rate in evolutionary history — and yes we can't save everything, but we can examine alternate conservation paradigms instead of putting all the resources into rescuing one particular animal?

Conservation projects have really helped stabilise tiger populations in parts of India, but these numbers are precarious and can easily dip. Yes, the survival of the tiger is symbolic of a forest's health but you cannot save the tiger in isolation.

The best thing we could do is to have sustained strategies for biodiversity hotspots as a whole — including plants, animals and man that live on and off them. A tiger needs the whole shebang to work.

#Tigers, #Incredible India, #‎Conservation, #Project Tiger
The views and opinions expressed in this article are those of the authors and do not necessarily reflect the official policy or position of DailyO.in or the India Today Group. The writers are solely responsible for any claims arising out of the contents of this article.