In Puducherry, it took police, collector to ensure Dalits entry into a temple: When will this unholy practice end?

As Dalits become more conscious of their rights in pockets of Tamil Nadu, the upper castes hit back.

On May 1, Tamil Nadu woke up to a viral video of a young woman trying to enter the Draupadi Amman temple at Koonichempet, around 30 kilometers from Pudhucherry, during a temple festival. The woman, who was a Dalit, was denied entry.

Almost three months later, on August 3, a group of Dalits demanding access into the temple staged a protest outside it. While some upper castes tried to deny them entry, the collector and the police arrived at the spot and helped sort out the issue, with the Dalits being allowed to offer prayers. 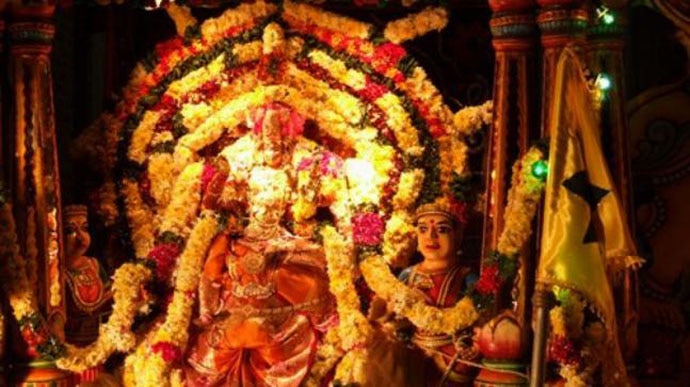 “The two groups have promised to behave like brothers. In the future too, we expect the situation to continue like this,” said Pudhucherry collector Chaudhary Abhijit Vijay.   Over 100 people had gathered outside the temple on Friday morning, stating that not being allowed inside the temple was discrimination. “A few months ago, one of our Dalit girls was stopped by some men in the temple from praying to the goddess here. Today, we decided to come here as a group to pray. While we were initially denied entry, later, the collector and the SSP joined in and helped us go inside. It has become evident that there is no caste divide in our village now. They [the upper castes] have assured us that we can come and pray whenever we want,” said Ilayadasan, one of the protesters.

While this seems to be a happy ending, it is a shame that even 71 years after Independence, Dalits in the country need to fight to be treated as equals. This, when the ‘Father of the Nation’, Mahatma Gandhi, was a staunch advocate of the rights of ‘Harijans’ — the term he used for Dalits.

The National Crime Records Bureau also states that over 5,300 of the 32,000 cases of atrocities on Dalits, filed between 2015 and 2017 in the country, were from Tamil Nadu. Over 2,000 of these cases included the crimes of murder, rape, physical and verbal assault.

While speaking to media in April, Union Minister of State for Social Justice and Empowerment, Ramdas Athawale, had said that in 2018, 223 incidents of Dalit atrocities were reported in Tamil Nadu, of which nine were cases of murder.

While the crimes have been increasing, conviction rate across the country have fallen. In Tamil Nadu, less than 10 per cent of such cases resulted in conviction, according to the NCRB.

“Caste-based discrimination continues to be prevalent. Villages are the backbone of the country; its development is based on the development of villages. Yet, in Tamil Nadu, villages are still divided into Ooru (where dominant Hindus live), and Cheri (slums, where the Dalits live). The situation is similar across villages in India. The country is divided into “touchable” and “untouchable” India. Even as the advent of technology and development is changing the face of the country, the caste system is a constant,” says Jayarani, a journalist and writer of Dalit issues. It is a shame that even 71 years after Independence, Dalits in the country need to fight to be treated as equals. (PTI photo for representation)

Most activists in the state point out that instances of atrocities before Independence and now are the same. Dalits have always been treated differently, looked down upon. “They can’t wear slippers or certain articles of clothing in front of the upper castes. Urbanisation and the IT boom has led to a lot of Dalits migrating to the cities, and all this is to flee the atrocities against them. Chennai has many slum eviction drives, but for whom are these slums being evicted? The village set-up is being brought to the city as well. Untouchability is a crime, but its root, the cast system, has never been questioned,” Jayarani adds. In over 28 districts in the state, 275 places have been identified as atrocity-prone. The number of reported cases of crime here is very low. There is no implementation of the law, or punishment for caste crimes. Caste fights are common.

But now, with improved education and economic levels, the Dalits are raising their voice. Especially after the 100th anniversary of Ambedkar, Dalit consciousness towards the injustice they have been subjected to is rising. In the cases that Jayarani has been able to report on, she observes that the improved lot of Dalits and their increasing assertion creates hatred and a desire for vengeance in the dominant castes.

Ambedkar and Periyar are two prominent figures who have questioned the caste system, a vertical, unequal arrangement that the law has done nothing about. Also, cinema, an influential medium, constantly romantises a community or caste, be it Kamal's films Devarmagan or Virumandi to the most recent film of Karthi's, Kada Kutti Singam. All of them display the heroics of a community, and, at some level, give the impression to the youth that it is right to use violence. With this, the caste system gets more intensely integrated in their minds.